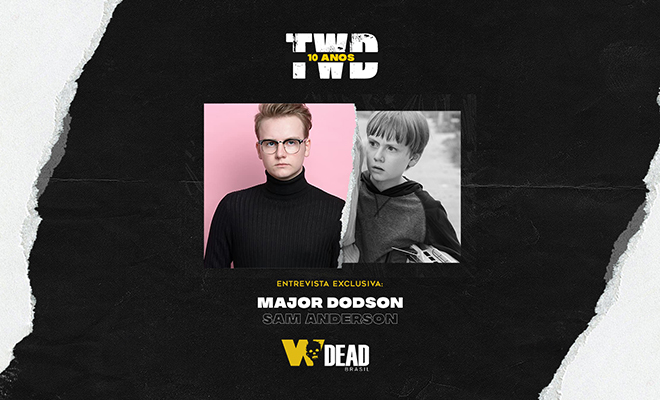 Our guest today is Major Dodson, Sam Anderson’s interpreter during seasons 5 and 6. The actor told us about his audition process to enter The Walking Dead, about the funny moments he had with Melissa McBride during the recordings, your character’s death scene, and more!

Without further ado, check out our exclusive interview with Major Dodson:

It’s an honour for us to talk to you in such a special moment for The Walking Dead. It’s not just any show that gets to its 10th anniversary. Can you start by telling us how was the audition for the show? How did you hear about the part? Did you know the show beforehand?

Major Dodson: Thank you, it’s an honor to be interviewed actually; I like doing these. The casting process for Sam was hilarious. When I got the notice from my agent that I had to do the tape, we were at a Walmart in Austin, Texas getting some headshots printed so I could do another audition in person there. We had ONE HOUR to get the tape ready and finished in time. Fast forwarding some, we were in a Starbucks talking to a real estate agent (we were in the process of looking for a house in Houston) when my agent called yet again to inform that we had to be in Atlanta the next day to do a callback for Sam. Fast forwarding again to when we were there, I actually had to be evaluated by a shrink to make sure I would be able to handle all the violence and walker makeup. It was by far the most hectic casting experience of my life. Not to mention, I’d wrapped on American Horror Story only a week before I got the audition for Sam.

When you were in The Walking Dead you were still a kid. I imagine the older actors shared their experiences and supported you in the process. Who were you closer with? How was it to be on the set?

Major Dodson: The set was a very fun, inviting place to be. Everyone was super close and had a good time with each other. I think the person I was closest to in terms of fellow cast members was Melissa McBride; we would talk a lot about antiques and her dogs (they like ham). 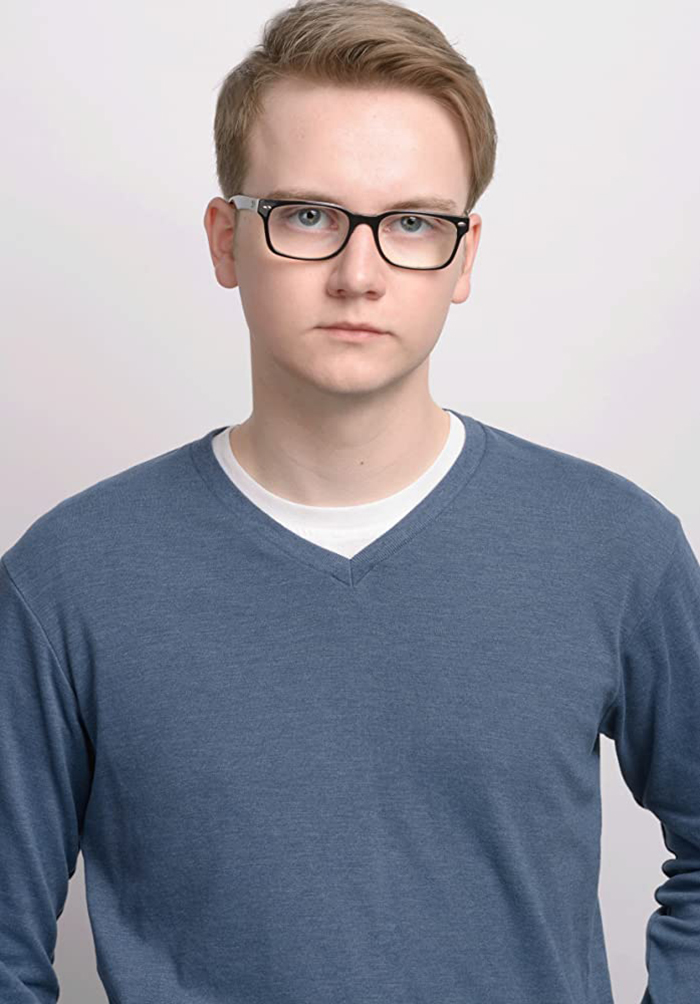 Sam had a pretty close relationship with Carol, Melissa McBride’s character. What can you tell us about how it was to work with one of the most loved actresses of The Walking Dead?

Major Dodson: Melissa was just super fun to talk to. One thing I remember fondly was back when we were in a garage in some Alexandrian house during our free time between shoots, and they had a dummy of a dead body (either human or walker, I think it was just a random guy though) sitting in a wagon. We thought the whole sight of him was funny; the way he was positioned, his face, you name it. Just a great person to be around (Melissa, not the dummy).

Your character was one of the only ones that didn’t kill any zombies or humans. If you could go back, would you like to have done it? Is yes, how would you like it to be done?

Major Dodson: Honestly I’m okay with how things panned out for Sam. It’s a shame he never had the big badass with a gun character arc, sure, but it’s refreshing (depending on who you ask lol) to have a character more grounded in reality on the show. A lot of real people (especially kids) in his situation would be just as scared, confused, and unprepared.

Major Dodson: I’ve been trying for like 5 minutes to come up with an answer for the first part of this question, but I can’t think of one. Every episode of the show I was a part of was fun to participate in. As for the most challenging, my last episode takes the cake. I had to get eaten by walkers and drenched in fake blood around 10 times. Even more challenging, I had to shower between a couple of the takes because I was just so soaked by the blood. Fun fact for special effects fans, the blood has traces of teriyaki in it. I know because not only was I told, but a lot of it found its way into my mouth. 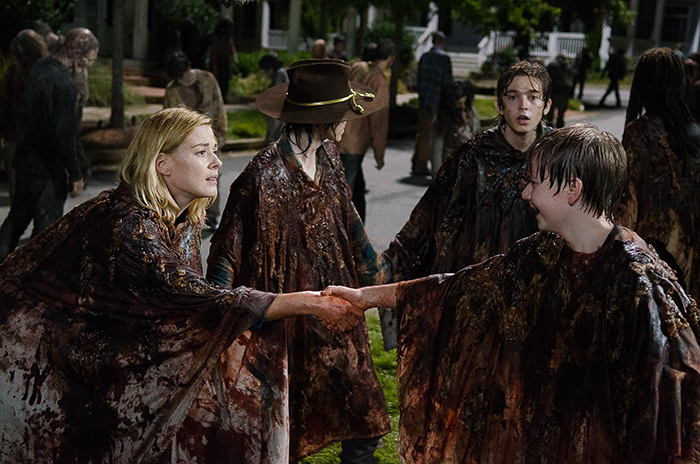 Sam’s death scene was very sad, because he is bitten in a moment he is very afraid. How was it to shoot the iconic scene of the walker herd in Alexandria? How did you react when you heard your character was going to die?

Major Dodson: At first I was sort of confused, then a little mad, then I accepted it and was ready to die. It’s what the show wanted for my character and it was my job to perform what was asked of me. I’ve actually ran into one of the stuntmen from that scene (he played one of the walkers that bit me) at a few different conventions, and he always reminds me of the time he ate my head. Super nice guy.

Being so young on the show, did the walker make-up and masks ever get you frightened? Did you ever have nightmares about the walkers?

Major Dodson: The single greatest thing about the people who had walker makeup on is how much fun they had on set. They would make a point to come up to me and ask if I ever got scared, shake my hand, or to tell me I did a good job. It was super encouraging to hear all that and meet these people. So thankfully, to this day I have never had a bad dream about zombies.

Major Dodson: It was nice to have another dramatic, scary show under my belt; as I mentioned before I was on American Horror Story before TWD. The Walking Dead kinda gave me more confidence that I could play roles like that. Plus, it gave me experience with dying on camera which can be useful for other roles. As for other opportunities, since then I’ve starred in a movie (Tyson’s Run) which was insane to film.

From the Anderson family, Sam was the only one created exclusively for the show. Did you read the comics to develop your character? Did the writers give you any hints about how Sam should be, where he would end up?

Major Dodson: From what I’ve seen, I’m glad I didn’t read the comics when I was that young. I can’t say the writers gave me hints about where he’d end up per se, but they did help me a lot in developing his character on screen. 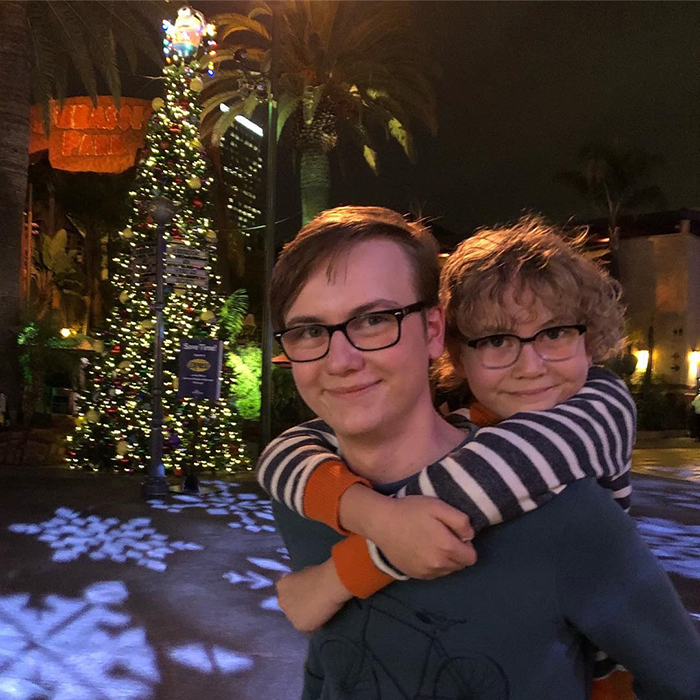 If you hadn’t played Sam as a kid and had the chance to play an adult character, who would you choose and why?

Major Dodson: Negan would’ve been cool. I like the idea of playing some big scary egotistical villain someday.

Major Dodson: I think it should have a sort of indefinite ending. It’d be fitting for a show with such an atmosphere of adventure and journeying to end on a note that leaves you wondering where they’ll go next or how they’ll solve the next thousands-strong hoarde of walkers.

Before getting your part in The Walking Dead you had been in American Horror Story. How did you use your experience from the previous horror show in the zombie drama?

Major Dodson: One very, very valuable thing I learned to perform in AHS was fear. Corey Bachman was a terrified young boy in a situation nobody should be in. I had to put myself in that mindset for AHS, and as such it wasn’t too hard to do for TWD. I just had to become that scared young boy.

Besides the two shows, you were also the voice of Cloud Strife in Final Fantasy VII Remake. How was it to work on that? I imagine it was pretty different from acting on a TV production.

Major Dodson: I absolutely adore doing voiceover work. Final Fantasy was new for me because I’d never done a dub before; while I was in the booth, they would play the original Japanese voice actor’s performance and I would have to match the cadence and inflection in English. They showed me a 3D render of the scene as I was talking so I could match up with what Cloud was doing. While I was watching this, it dawned on me that the animators and developers would have to go in and sync my words over the original animations, and that blew my mind. Crazy how much effort goes into these things. 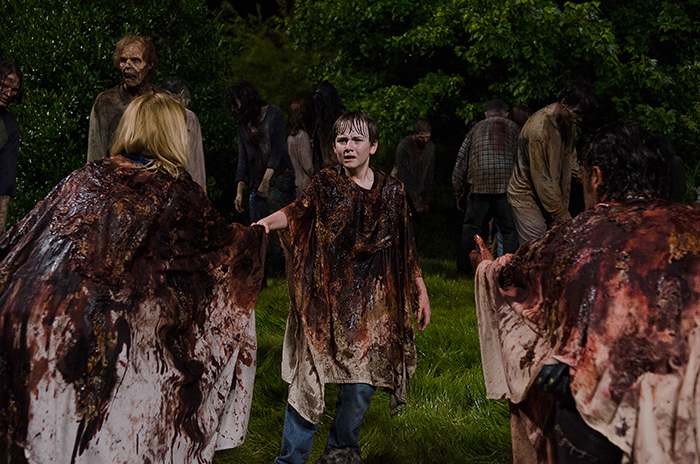 Here in Brazil we are particularly fond of The Walking Dead and all of its cast and crew, past and present. How do you receive all the love from all over the world? Which were your better experiences with the fans since you joined The Walking Dead?

Major Dodson: It’s just amazing to have people reaching out and saying that they love what I did, and that they love me, you name it. It never ceases to amaze me to see how positive and supportive people can be and I really appreciate it. Not to mention people reaching out for interviews; I never used to think I’d be in a position like this yet here I am, answering your questions. As for experiences with fans, I have too many to list off. I’d feel guilty praising one nice thing someone’s done for me while forgetting to mention another. I LOVE ALL OF YOU, THANK YOU FOR THE SUPPORT OVER THE YEARS

Major Dodson: The pandemic has been a serious rollercoaster for the whole world. I get where you’re coming from about the season finale. It’ll come eventually. As for how it’s affected me, it’s not fun constantly worrying about how many idiots doing unsafe things could jeopardize the entire health and safety of the planet. It’s like every new day brings a new story about how people are hosting huge parties, or how one person spread it across a state, etcetera etcetera etcetera. I just hope we can all pull it together and get through this awful thing and this awful year stronger than we were.