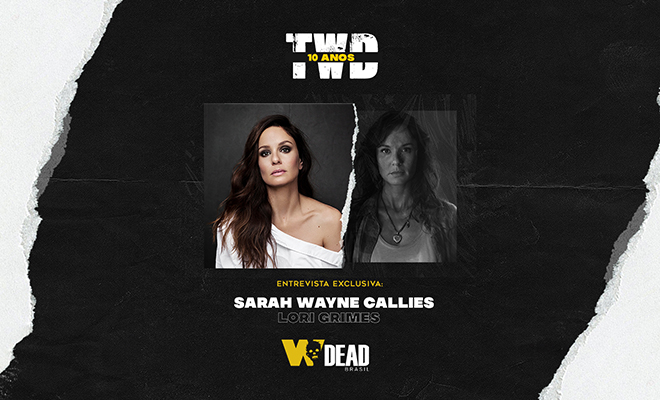 The Walking Dead celebrates 10 years of TV history on October 31, 2020. In celebration of this historic milestone, we interviewed several actors who have participated in the series over the years. The interviews will be launched daily, starting today (September 1), until the big day (October 31), when we will end with a big surprise that we prepared exclusively and with great affection for the fans.

Our first guest is nobody less than Sarah Wayne Callies, interpreter of Lori Grimes during seasons 1, 2 and 3. The actress told us about what it was like to participate in The Walking Dead, about the criticisms that her character has received due to her choices, about the possibility of a future Prison Break season 6 and more!

Without further ado, check out our exclusive interview with Sarah Wayne Callies:

First of all, it’s really great to be interviewing you. How does it feel to be part of such a great project as The Walking Dead? And what do you miss most about your time on the show?

Sarah Wayne Callies: You know, there was an email list going around after we shot season one so we could all be in touch as the show aired. None of us expected the success and as the response to the show started to come in, there were a lot of !!!!!s in our emails to one another, as well as a lot of gratitude. Charlie Collier called it ‘rarefied air,’ and that description stuck with me – he’s totally right. you can’t force it or plan it or make it happen. you do your best, you get lucky with a cultural moment and the zeitgeist, you rely on great marketing (that’s not romantic but it’s totally true), and sometimes you get to breathe rarified air. we worked hard, we did our best. but to forget how much was luck would be to take too much credit.

You’ve been present in a lot of important moments of the show, along with many other loved characters. What’s your take on Lori’s role on the show? How big do you think was her impact on it?

Sarah Wayne Callies: Lori’s role was to have a specific impact on rick and shane. it was powerfully effective and andy, jon and i loved working together. i learned so much from them, and love them as brothers to this day. if we had seen events from lori’s perspective i think we would have gotten to know a very different woman. but that’s not the show, and that’s okay. 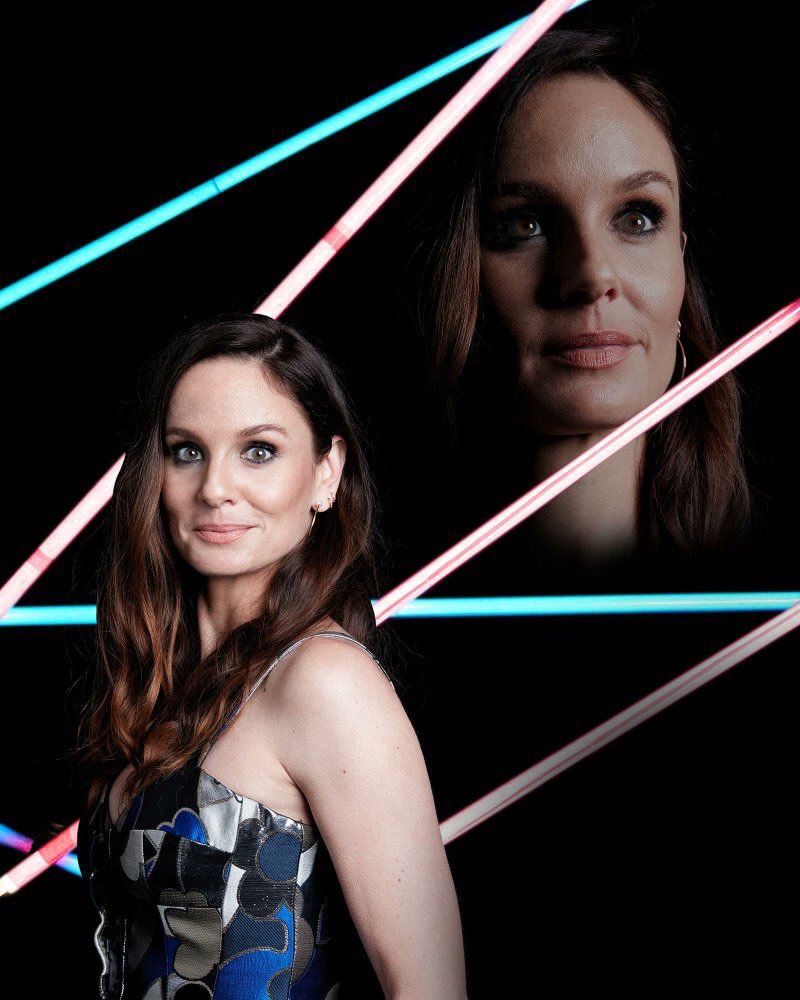 Lots of fans like to judge character choices – like Lori’s relationship with Shane when she thought Rick was dead. What do you think of it? Do you think the character really is supposed to be subject to critics or haters just need to relax and enjoy the show?

Sarah Wayne Callies: The story was never told from her point of view – which is how it was built from the beginning, right? the comic books are rick’s story. somewhere in an alternate universe there’s a version of the story from lori’s point of view, and that story reveals a very different woman. i think what’s most interesting is what the fans’ reaction to lori tells us about our society. so many women connected with her deeply. so many men couldn’t get past one sexual act that they decided defined her whole character. what does that say about us?

We’d love to know what your thoughts are on Lori’s death. Do you think her farewell was well timed or she could still be developed as a character? Were you satisfied with the closing of Lori’s story?

Sarah Wayne Callies: You know, my job as an actor is always to serve the story. The showrunner and creator felt that the best way to serve the story was to kill Lori. After a decision like that is made, all that remains is for me to play that part as well as i know how.

Talking about the current situation in The Walking Dead, were you surprised with the development of Rick and Michonne’s romance? What about the family dynamics between both characters and Judith? 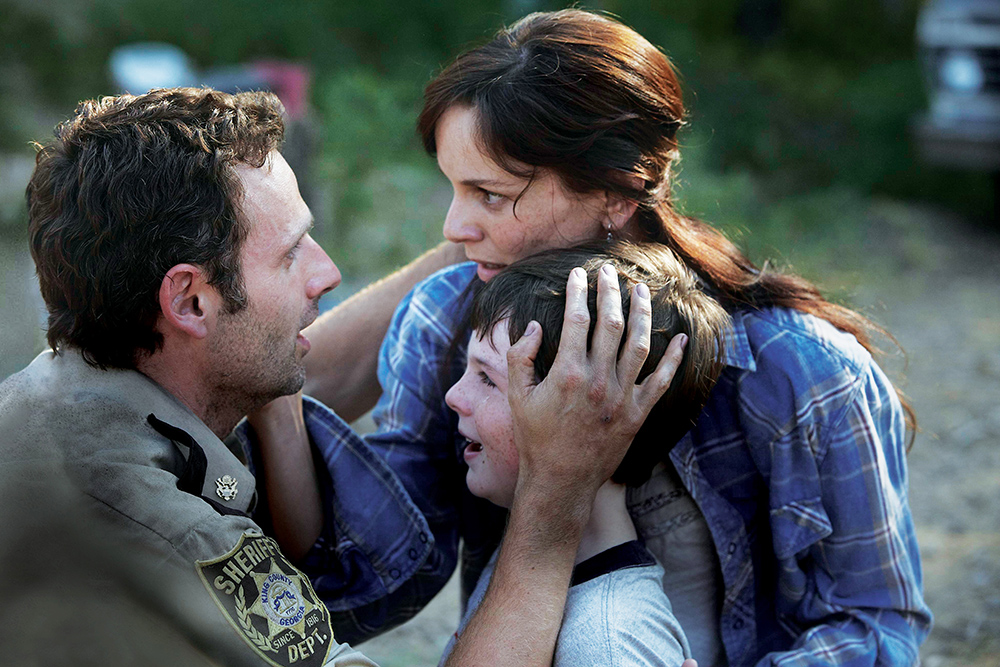 If Lori was still alive, how do you think her relationship with Judith would be like? Do you think she’d be as protective of her as Michonne?

Sarah Wayne Callies: Lori was a powerfully protective mother. she was also a realistic one who understood that children need to make some of their own mistakes. i have no doubt she’d have raised a great kid in judith – i kind of feel like, in some ways, lori gave judith a kind of harry potter like protection by sacrificing her own life to save her baby.

Here in Brazil we are particularly fond of The Walking Dead. Does this love get to the actors? Do you have any contact with Brazilian fans?

Sarah Wayne Callies: The love TOTALLY gets to us – that’s the gift of social media, being able to connect with fans internationally even when we can’t be there in person. it means so much to me. when i started in the arts, i thought maybe i’d get to perform to a few hundred people a night in stage. to know that there are people around the world who engage with the stories i get to tell – it’s pure magic.

How have you been taking care during this pandemic moment? How did your life change?

Sarah Wayne Callies: It’s been a long, strange journey – as it has been for all of us. i started the pandemic by promoting Council of Dads- there was all this press from my garage and interviews and it was furiously busy for a few months. then once the show was underway, there was a quiet – time to plant a garden and start building a new home. time to read to the kids and make all the meals. it was beautiful, because we were someplace safe where we live in british columbia. and now, i’m trying to re-imagine life in a reality that i think will forever look different than the world we lived in before. I want to tell stories from now on that lift us up. that help us expand our sense of what we can do for one another. i’m working on that. 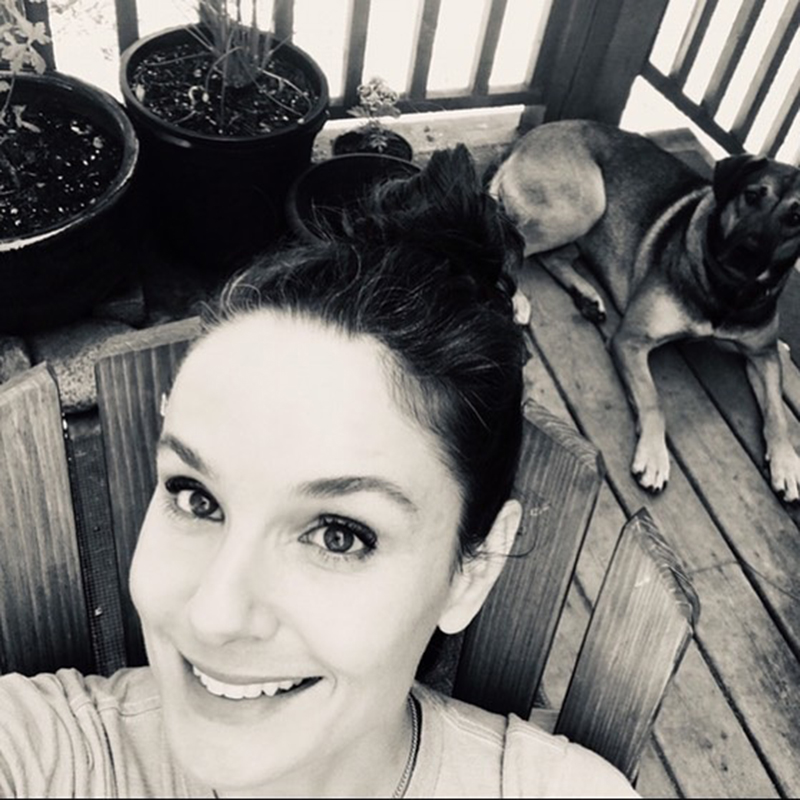 Can you talk a little about your latest project, Council of Dads? Unfortunately, the show didn’t premiere in Brazil yet, but we are all already looking forward to see you on the screen again!

Sarah Wayne Callies: That show meant more to me than anything i’ve ever done. to be a part of something that brings joy and hope at a moment like this was so powerful. and to be so inclusive in our representation was groundbreaking. I loved every second of Council and i miss it!

Talking about other projects, we couldn’t help but bring up Prison Break. How was it to play Sara Tancredi again, after all these years? And most importantly: would you go back for a 6th season? It’s a big dream for the fans!

Sarah Wayne Callies: I would definitely go back for season 6 if we came up with a brilliant story. i was actually kicking around a few ideas with a cast mate a few weeks ago. maybe nothing comes of it. but maybe there is more story to be told?

To wrap it up: can you send a message to the Brazilian fans, Who love you so much and are so grateful for this interview?

Sarah Wayne Callies: Just thank you. thank you, thank you, thank you. your support is beautiful and so meaningful. also – please take care of yourselves. if walking dead taught us anything it’s that massive changes in our culture can bring out parts of ourselves we have kept in the dark. let’s make ourselves into warriors to protect one another, not mercenaries to tear one another down. let’s be brave, not mean. if we dig deep, we can come out of this better as individuals and as a global community. what’s more worth working for?