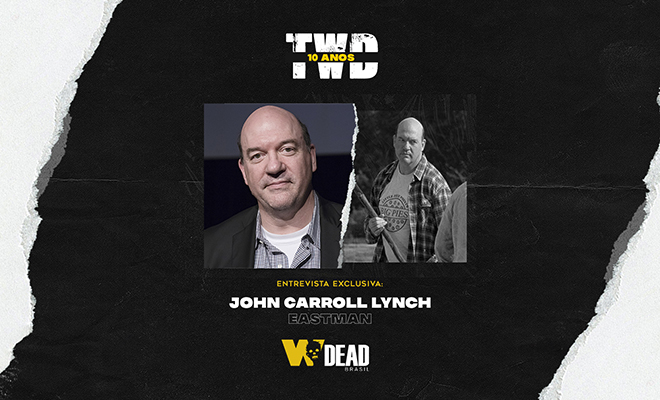 Our guest today is John Carroll Lynch, who played Eastman on season 6. The actor told us about how he got this role in the show, about what was like to work with Lennie James (Morgan), about what is the power of the lessons of Aikido, about which character he would like to play again in American Horror Story and much more!

Without further ado, check out our exclusive interview with John Carroll Lynch:

John Carroll Lynch: I heard about Eastman as most if not all of my work comes in, through my manager. But it so happened that I was working with Nick Offerman at the time they were casting and I think I heard about the character and the episode from him. We were in Atlanta working on “The Founder.” As I recall, he mentioned it as something he was deciding whether or not to pursue and decided not to.

A day or so later, my manager called and told me there was interest in my doing this part and I read the material and was very excited to pursue the part. 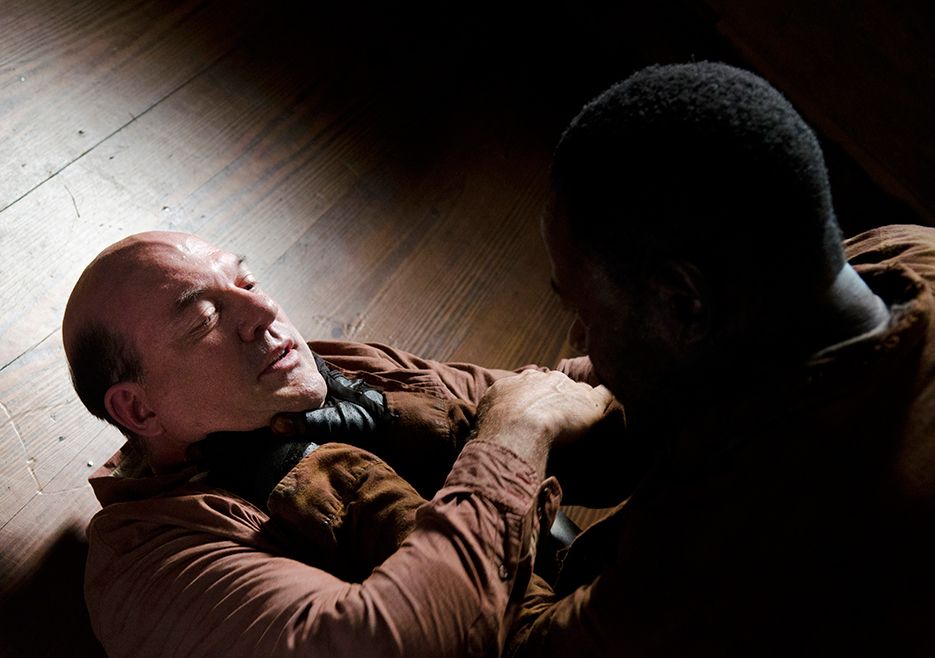 Eastman and Morgan met in a moment where Morgan was consumed by guilt, fear and disbelief, after losing Jenny and Duane. Eastman was in the same position before the end of the world, when one of his psychiatric patients escaped the prison and killed his whole family. Do you think that, somehow, Eastman saw himself in Morgan and that’s why he wanted so much to help? How do you see the character’s actions?

John Carroll Lynch: I think that Eastman most definitely saw himself in Morgan. And he also saw a human being he might be able to help. Not just through his calling as a psychologist but also as a devotee of Aikido. There was a kinship, most definitely.

Many times Eastman shows us that he believes that where there’s life there’s the possibility of evolution. However, for a broken person like Morgan, it was very hard to let someone rescue and care for him. Do you think Eastman’s way of seeing life made Morgan trust him?

John Carroll Lynch: Eastman’s moral clarity and sense of hope is appealing to me as it was for Morgan. He opened the door for a possibility of redemption. That is what he needed and what he was sharing with Morgan.

After taking revenge on his family’s killer and finding out the world had ended, Eastman kept the Aikido as his life’s philosophy – a way of living without killing, understanding the value of any form of life – and found his peace. Do you think his loneliness made him internalize even more the teachings of Aikido? Can you tell us about your training process on this martial art?

John Carroll Lynch: Certainly the character was lonely. That’s why Tabatha, the goat, was so important to him. The discipline of Aikido was part his need for redemption. It provided him structure and serenity.

But it could not have been easy to be alone as he was. I think we have all gotten a sense of that in the COVID pandemic. What long term isolation can do to each of us. You need more than a set of beliefs. You need a discipline and a code, to survive.

Everything about the episode’s scheduling was a recipe for success. I had ten days before shooting to begin training. I had a partner in Lenny who had practiced with Bo Staff for several years. I had an excellent teacher. And all of the fights were scheduled at the end of the shoot. It was a blessing. 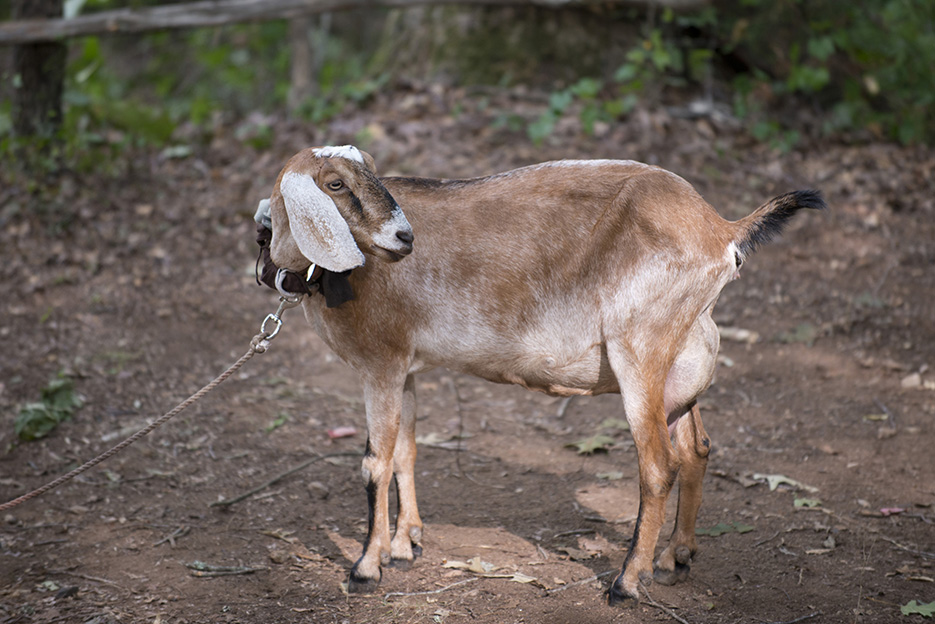 Your character brought a very inspiring and humane feeling to the post-apocalyptic life. In your opinion, which was the most valuable thing Eastman taught the fans?

John Carroll Lynch: To me, hope. The show is such a great meditation on life and finding meaning knowing you’re going to die. I love that about the show. Eastman had found how to be in hope and be alive in the apocalypse. That is something.

How was it to work with Lennie James? Did you already know him? Do you have any funny memories with him from while you were on the show to share with us?

John Carroll Lynch: I had not worked with Lenny. And doing so was a joy. He is a marvelous acting partner. He stays present and always available. I loved it.

We had a very nice time one evening as he came over with the director and we celebrated my birthday during the prep. We stayed at the same farm location during shooting which was in Gay, GA.

Believing that “all life is precious” made Morgan face many problems in his journey, in both The Walking Dead and Fear The Walking Dead. Personally, do you think this kind of belief is valid in a post-apocalyptic world?

John Carroll Lynch: I love that Morgan continues to find a balance in that ethos. But let’s face it, it was easier for Eastman. Living in his isolated home. Morgan has to put that discipline to the test. And does. I love watching Lenny. What a blessing he is.

John Carroll Lynch: The episode was filmed at the end of the first set of 8. It was to be shown fourth but Scott Gimple wanted to give the episode time and also give the majority of the cast a longer break as only Lenny was involved from the regular cast.

Andrew Lincoln and Steven Yuen came by the set on my first day and welcomed me to the show. I have NEVER had that happen like that. They left on their vacation that day but made it a point to welcome me. Classy. 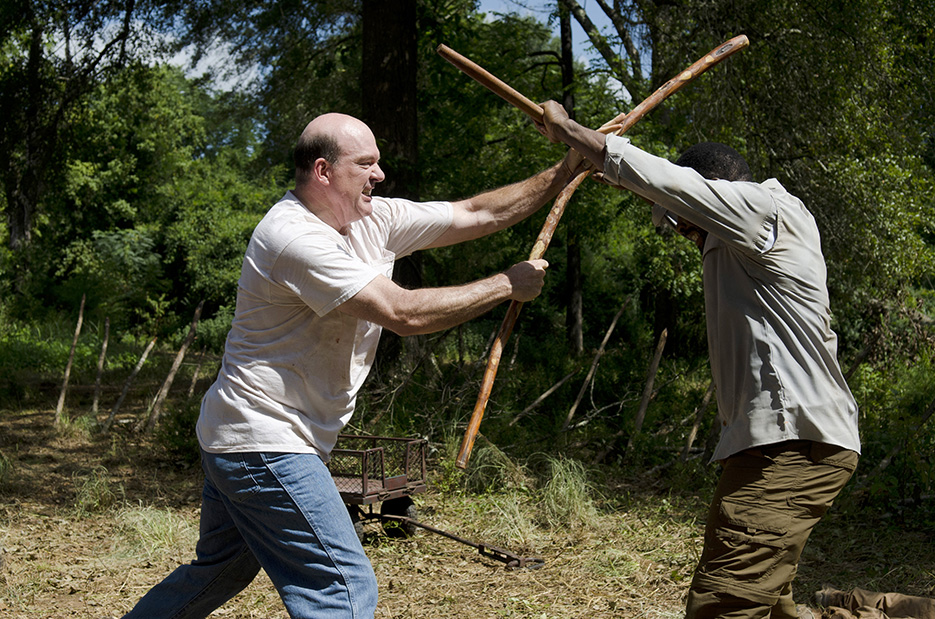 If Eastman had survived longer on the show, with which characters would you like him to interact with? Is there any actor you’d like to have worked with more closely during your time on the show?

John Carroll Lynch: It is a terrific cast. Very unsung. Not underrated. I would LOVE to work with Melissa McBride and Danai Gurrira. But truthfully, the full cast and crew were very close and worked very hard. It would have been a pleasure to work with any of them.

John Carroll Lynch: Most of the characters I have played wouldn’t make it through the Zombie apocalypse.

According to images made by Morgan in the 6th season of Fear The Walking Dead, he’s going through a rough time due to the latest events. Would this be the ideal moment for Eastman to show up with some advice? It would be great to have you back in The Walking Dead Universe! Would you be interested in that? If you could decide, how would you like a flashback between Morgan and Eastman to happen?

John Carroll Lynch: I would be happy to come back. It is a great joy to say “All life is precious.” We can’t hear it enough.

Talking about a zombie apocalypse… What would John Carroll Lynch have in his survival kit? Choose 5 indispensable items! Would you be more of a community survivor or a lone wolf?

John Carroll Lynch: I would run toward the Zombies yelling “EAT ME! EAT ME!” 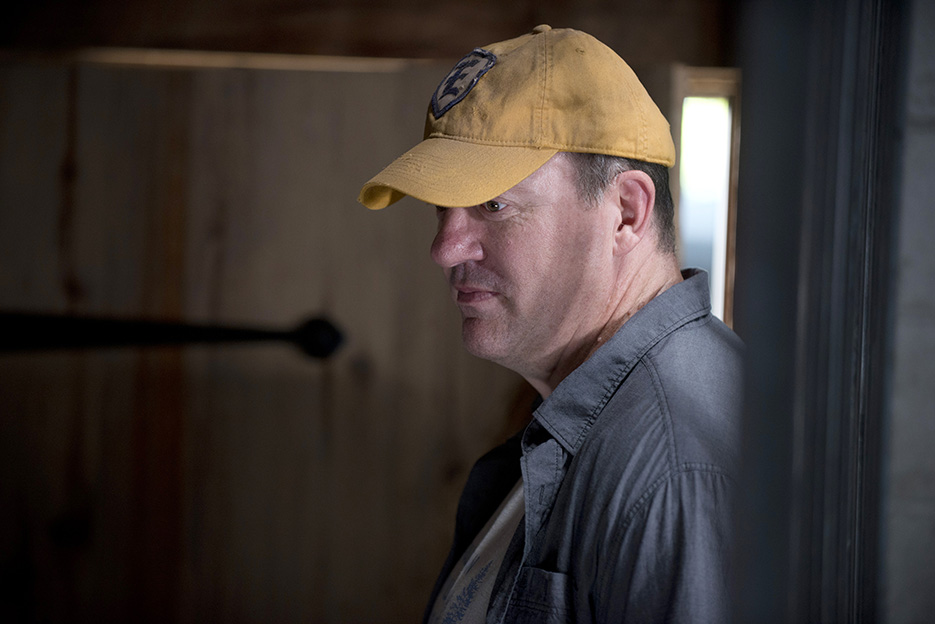 American Horror Story has a huge fan base in Brazil, and all of your work in the show was amazing. You probably have a favourite character between Twisty, John Wayne Gacy and Mr. Jingles. Which one would it be and why? Knowing that American Horror Story was renewed for its 13th season, can we hope to see you playing a new character or maybe revisiting one of the previous ones?

John Carroll Lynch: Mr. Jingles was the most complicated character to play. I loved his redemption. But Twisty is iconic.

John Carroll Lynch: Yes, I am up in Vancouver on “Big Sky” for ABC right now. We were postponed until recently. Happy to be back at work.

John Carroll Lynch: I would love to come down and meet everyone. For many reasons. It is Brazil after all. It would also mean that COVID is over. It is so fun to meet people passionate about The Walking Dead.