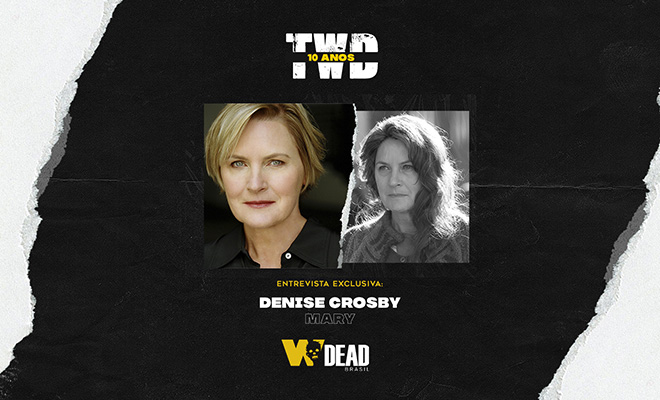 Our guest today is Denise Crosby, who played Mary during seasons 4 and 5. The actress talked to us about how was it to work with Melissa McBride on the fight scenes between Carol and Mary, the delicious barbecue that her character made, about working on Pet Sematary and a lot more!

Without further ado, check out our exclusive interview with Denise Crosby:

Denise Crosby: The pleasure is mine. When I auditioned for the show, I had never watched it. I knew how popular it was. My audition consisted of a scene that was written especially for the purpose of auditioning. It had absolutely nothing to do with The Walking Dead. Later I asked the producer, Scott Gimple, what was that about and he said he was looking for a certain quality. 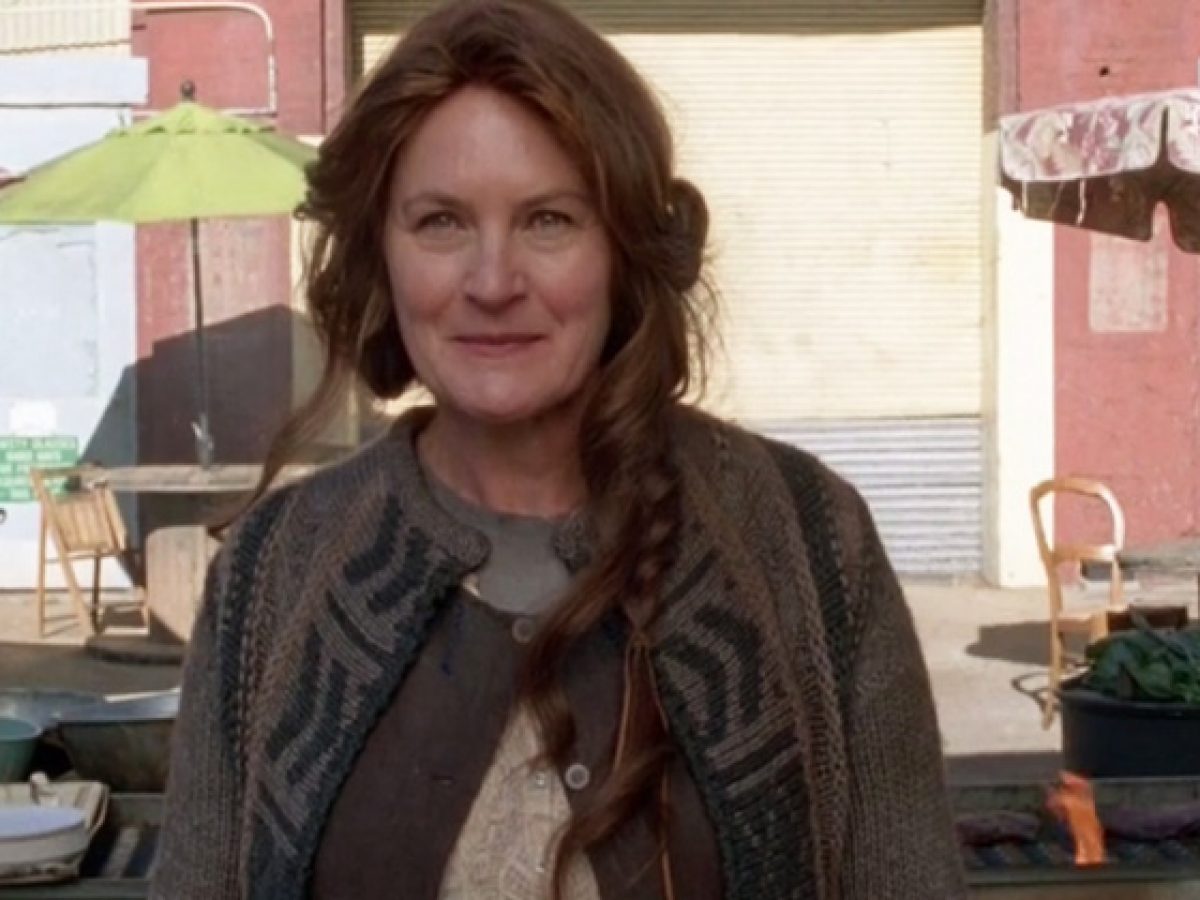 We know nothing about Mary’s past. When you played her, did you come up with some backstory or it wasn’t as important? Did the writers tell you anything about her to help you?

Denise Crosby: Once I got to the location and set, Scott filled me in on the idea of Terminus and the people who lived there. Once I understood that, I began to shape Mary.

Terminus was a pacific community before being invaded. Do you think it justifies the way of life adopted by them after the trauma? Is it worth doing anything to survive? How do you see their decisions?

Denise Crosby: I think the fact that the people of Terminus had been so brutally victimized that in order for them to survive they adopted a pretty radical philosophy. The show for me has always asked, “How far will you go to survive?”

Your character was indirectly killed by Carol, but even before that, they had a fight. How was it to work with Melissa McBride on that scene? And Mary was eaten by zombies! Please, tell us how fun – although sad – was to record it!

Denise Crosby: Melissa was a joy to work with. We worked on trusting each other completely and knew we had to in order to make the fight look so real. I couldn’t stop laughing when the zombies came in and started nibbling me. I think it must have been m defense mechanism. I had to do a couple of takes to stop laughing! 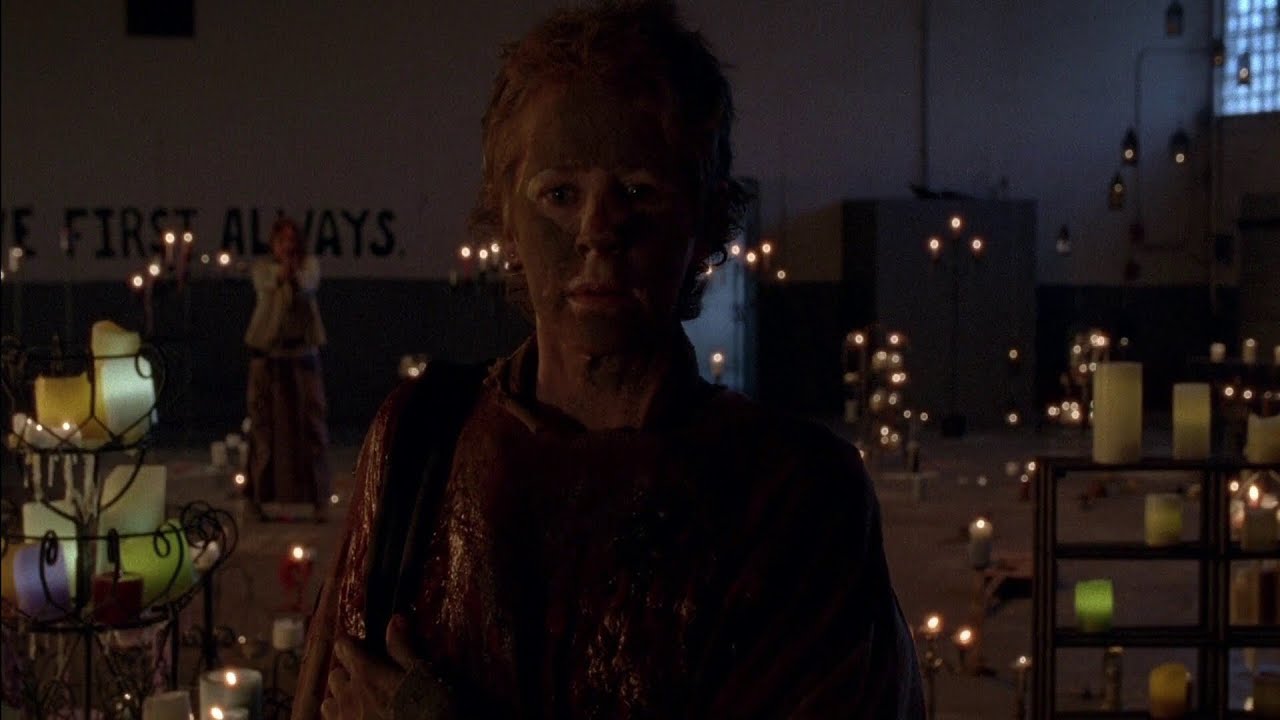 Denise Crosby: Mary’s barbeque was first rate, no question. She could have had her own joint in Kansas City had things turned out differently! It’s all about the sauce!

Mary’s children did not call her “mom”, just Mary. Do you think it was to avoid newcomers using their relationship against themselves? Or did they simply lose their bonds along with their humanity?

Denise Crosby: Again, I think they’re navigating new territory and social order all together. This gives people a form of dignity in their minds.

Denise Crosby: My first time on the set was going into the makeup trailer at base camp. Andrew Lincoln was sitting in the makeup chair and when he saw me he jumped up and introduced himself and gave me the warmest hug. He was so kind and welcoming. My last day was the fight scene with Carol so it was a very physically exhausting day! Melissa and I shared lunch and chatted and then we continued to beat the crap out of each other! All in a day’s work!

If Mary had survived longer on the show, with which characters would you like herto interact with? Is there any actor you’d like to have worked with more closely during your time on the show?

Denise Crosby: It would have been interesting to spend a season at Terminus to interact with the cast and also my sons. I would have liked to explore the mother/son dynamic. 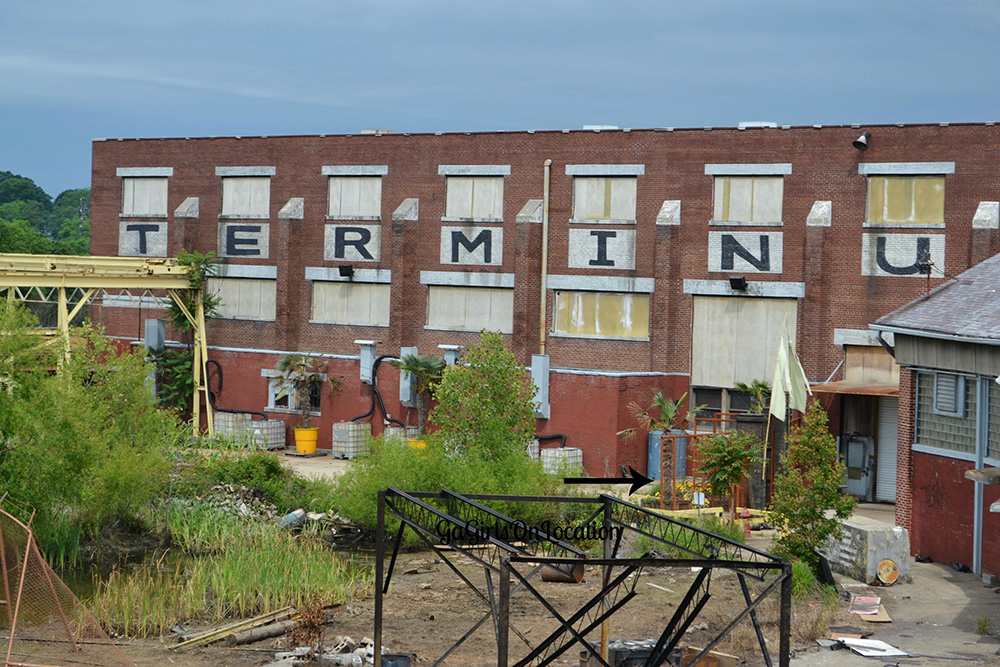 Did you choose to be an actress or were you chosen by this career? What tips can you give to people that dream about acting professionally?

Denise Crosby: It’s funny, it does feel that the career chooses you. I believe you owe it to yourself to pursue your dreams, take chances, fail, fail again, fail better. A life of “I should have”…or “what if I would have”….is not a happy one.

While you were in the show, did you get to know the aspects of directing, special effects, etc.? If you had the chance, would you like to direct an episode of the show? Or sitting on the director’s chair never crossed your mind?

Denise Crosby: I have tremendous respect for the directors. They work very hard bringing this show to the screen. It’s a very well-oiled machine, with everyone pulling their weight. I’m always watching how directors work, but this time I was happy being in front of the camera.

Talking about a zombie apocalypse… What would Denise have in her survival kit? Choose 5 indispensable items! Would you be more of a community survivor or a lone wolf?

Denise Crosby: I’m more of a team player, so maybe I’d want a Ninja warrior with me, a water purifier, a field guide to edible plants, good running shoes and a backpack that becomes an inflatable sleeping hut! 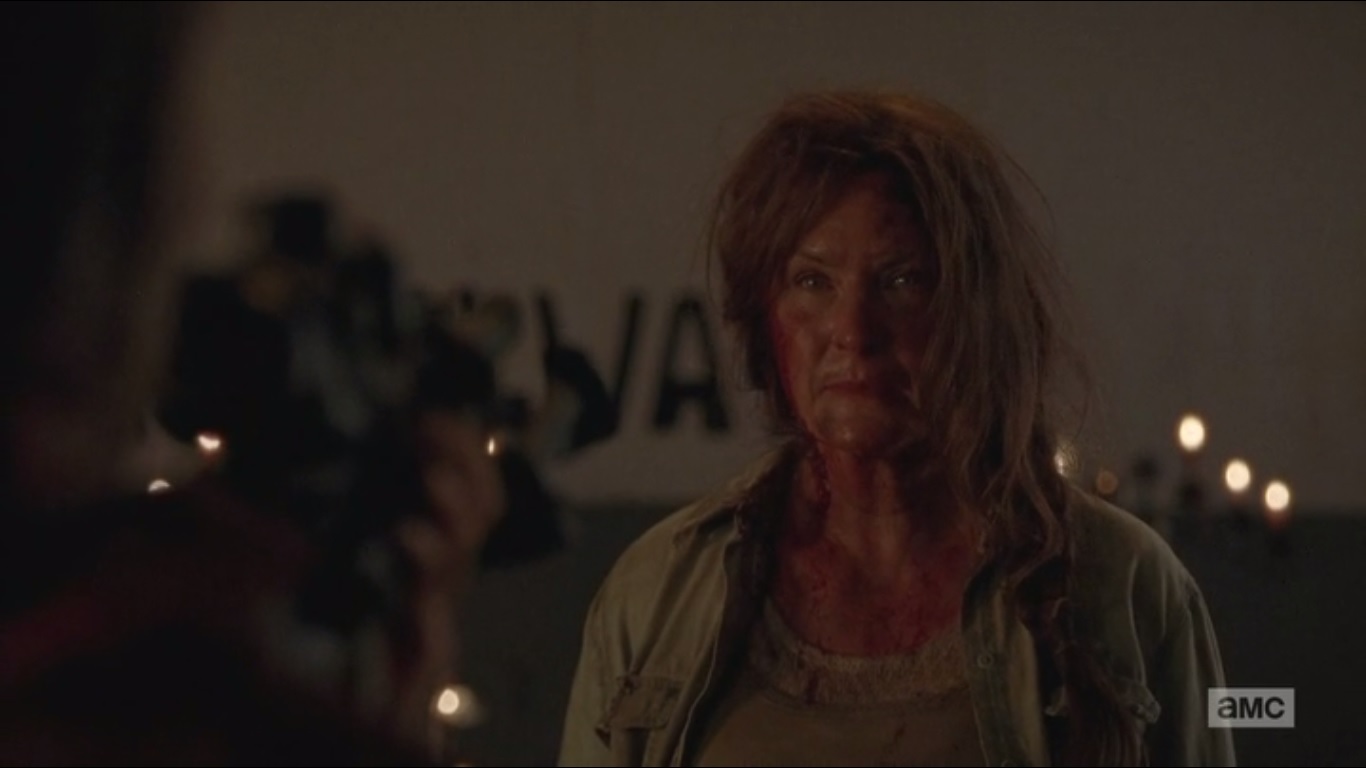 I couldn’t leave out Pet Sematary, one of my favourite horror movies of all time, a classic! What memories do you have of this project? How was it to play Rachel Creed?

Denise Crosby: Playing Rachel Creed was so special and remains so to this day! The fact I get to be a part of the amazing Stephen King archive is truly an honor, and to have made the film with my good friend, the director Mar Lambert, is a gift.

You’ve been in many other shows and movies, playing different kinds of characters. If you could choose one of them to be a survivor on The Walking Dead – either on the good side or the bad side – which character would you choose and why?

Denise Crosby: I think Tasha Yar from Star Trek:TNG would be a great addition. She could definitely take out some of those zombies!

Denise Crosby: I think right now the most important thing is our health and wellbeing. I’m lucky to have my family around and I’m using the time to take care of a few projects I’ve been meaning to get to. We will get through this and hopefully we’ll have a deeper feeling of gratitude.