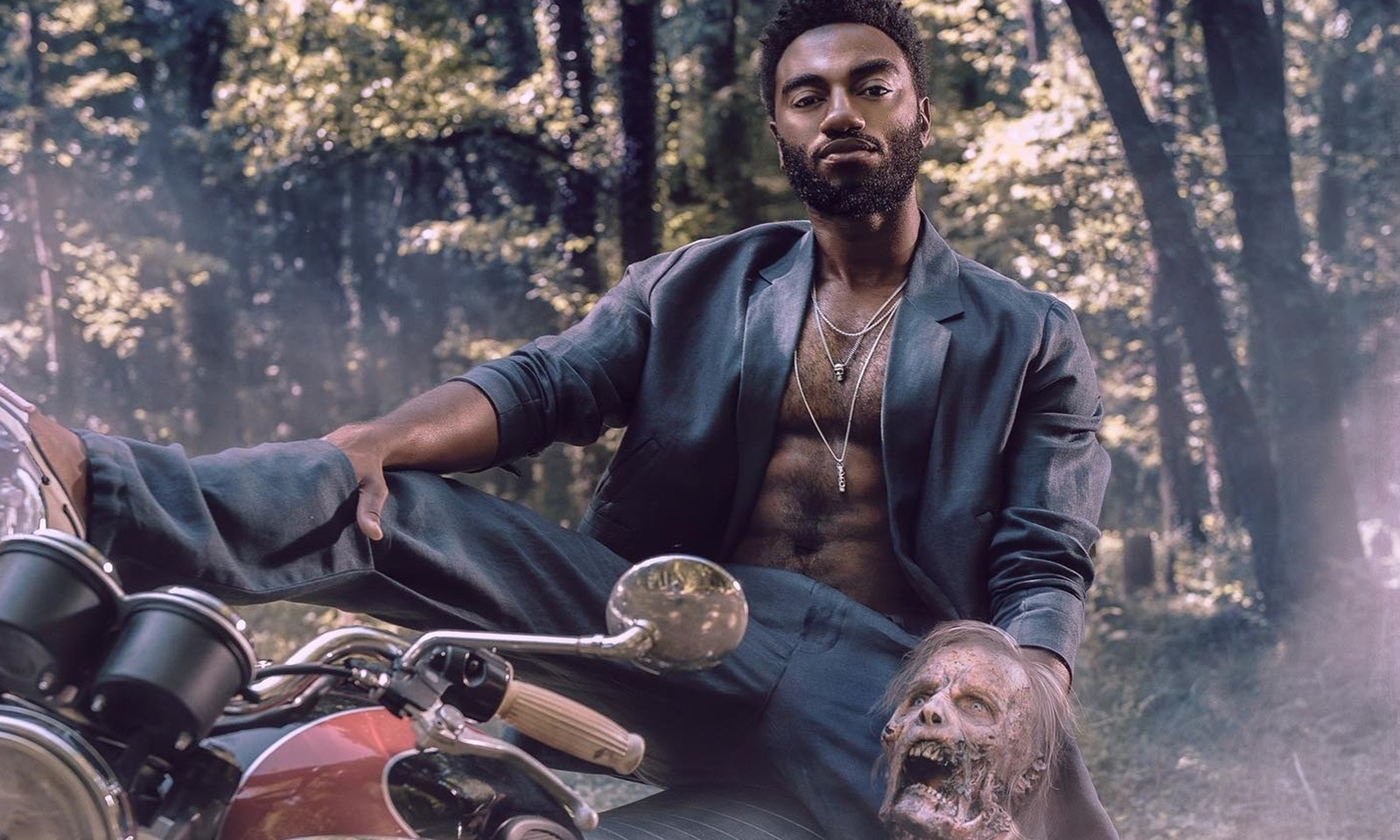 The Walking Dead: World Beyond expanded the “The Walking Dead Universe” and dived deep on a new mythology and history that follows the first generation raised in a civilization in the post apocalyptic world. The show had two seasons and finished last year, leaving the destiny of many characters in the open.

The The Walking Dead BR caught up with actor Jelani Aladin, who plays Will in TWD World Beyond, to learn a little more about his time on the series. Jelani told us about Will and Felix’s relationship, his character’s backstory, other projects, and more.

Without further ado, check out our exclusive interview with Jelani Alladin: 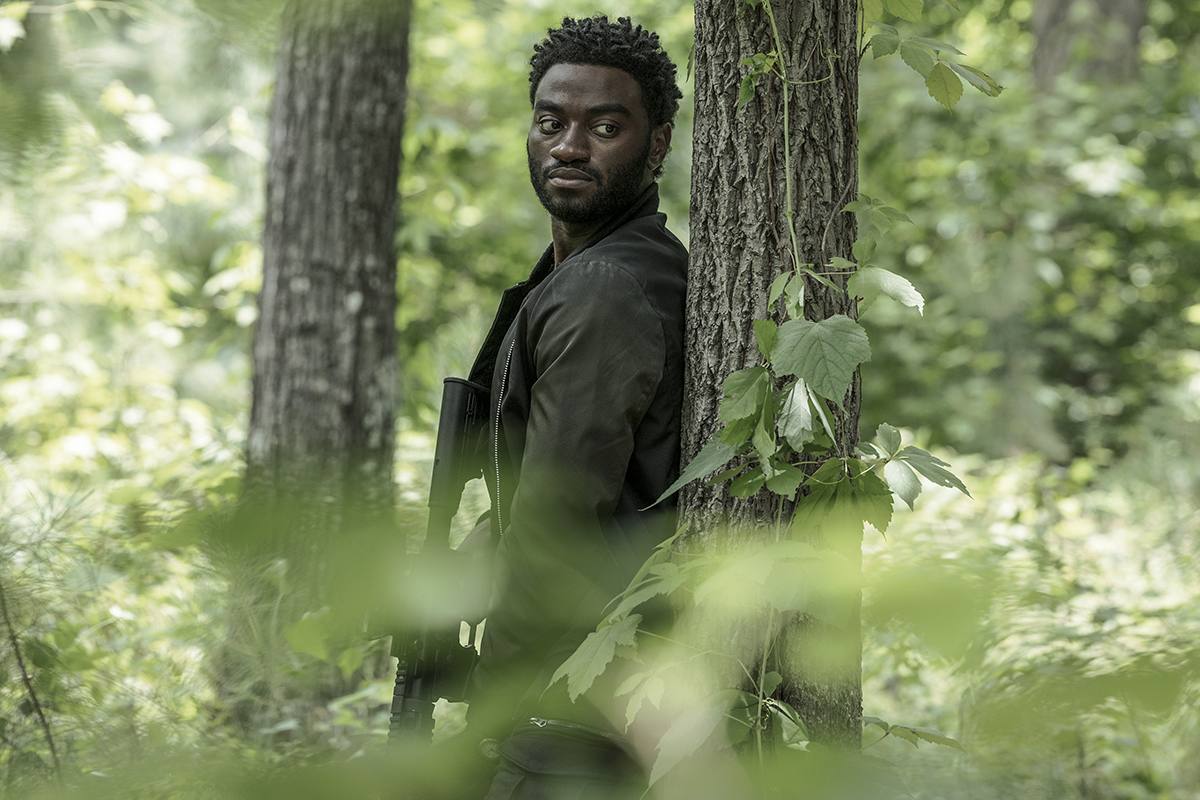 TWDBR: Hi Jelani! It is a great pleasure for us to talk to you. Thank you so much for the opportunity! To begin, we’d like to know how it was for you to participate in a show like World Beyond, which is derived from a series known worldwide. How did this project came to you and how was your audition process? Did you know The Walking Dead Universe before getting the role?

Jelani Alladin: Great to chat with you all! It was an absolute thrill to be a part of World Beyond. Whether people think the series was good or bad, for me it was the ultimate learning experience. It was my first tv show. And how cool to play in a multi million dollar sandbox filled with zombies and bad guys that I get to run away from and kill. I had watched the first 3 seasons of the original series, which by far are the best since the stakes were so high always! I was thrilled at the chance to join this full and diverse universe.

Will and Felix are one of the main LGBTQIA+ couples in The Walking Dead Universe, and they managed to have a happy ending at the end of World Beyond. How do you see the influence of characters like yours inside the fiction? Did you think Will was going to survive to the end or lose Felix at some point?

Jelani Alladin: I think that fiction is never actually fiction. There are some elements of the real world we can’t leave behind and it is imperative that fictional stories do not erase the many kinds of people that exist in this world, whether that be in terms of race, gender, sexuality or disability, we all exist and deserve representation. Of course I had no clue what the fate of Will and Felix would have been, but I held on to Hope, no pun intended, that the series would bring us back together in the end. Both characters are risking their lives for it, so no matter what, I was glad the show was a battle for love. 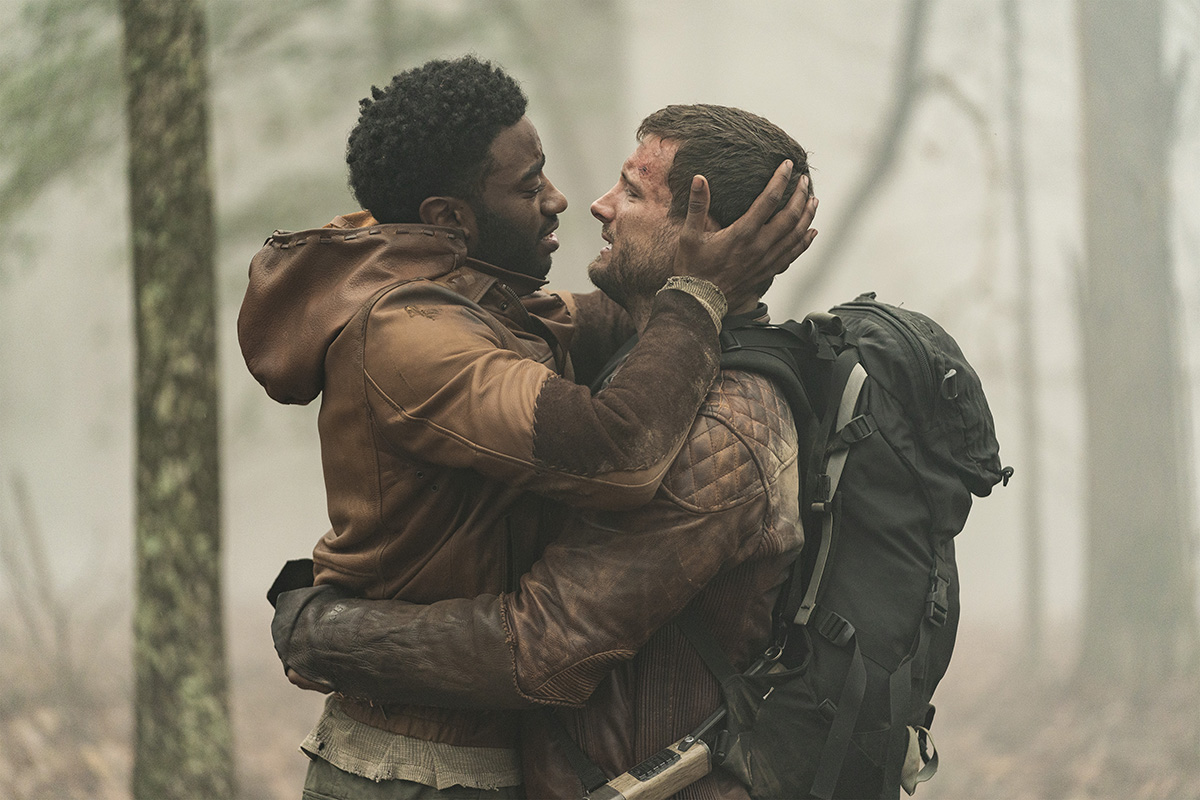 How was it for you to work with Nico Tortorella in the character development? Did you know him before or were you introduced in World Beyond?

Jelani Alladin: I hated working with Nico, psych! That is an absolute joke. Without Nico, there was no Will and Felix. From the first day I got to set where I had to turn to Nico, a complete stranger, and believably say “I love you” I knew I was working with a person who I could actually believe that with. They are open, spontaneous, funny and compassionate. And I simply got lucky.

Among the gay characters from The Walking Dead Universe, Will and Victor Strand (Colman Domingo) are the only black men. Did you talk to Colman after being cast? Got any tips on how to be a survivor on the zombie apocalypse?

Jelani Alladin: What’s funny is I did reach out to Coleman who I of course have been a fan of from since high school and Passing Strange days. We connected on this very thing, grateful that we got to be vessels of representation in this universe. And what’s even cooler is that our characters couldn’t be more different, showing the spectrum of black men. I never asked for tips because I’ve come to understand that every experience is so singular and unique. But if I could go back, I would ask him about getting blood and dirt off your face and out of your nails when not on set lol! 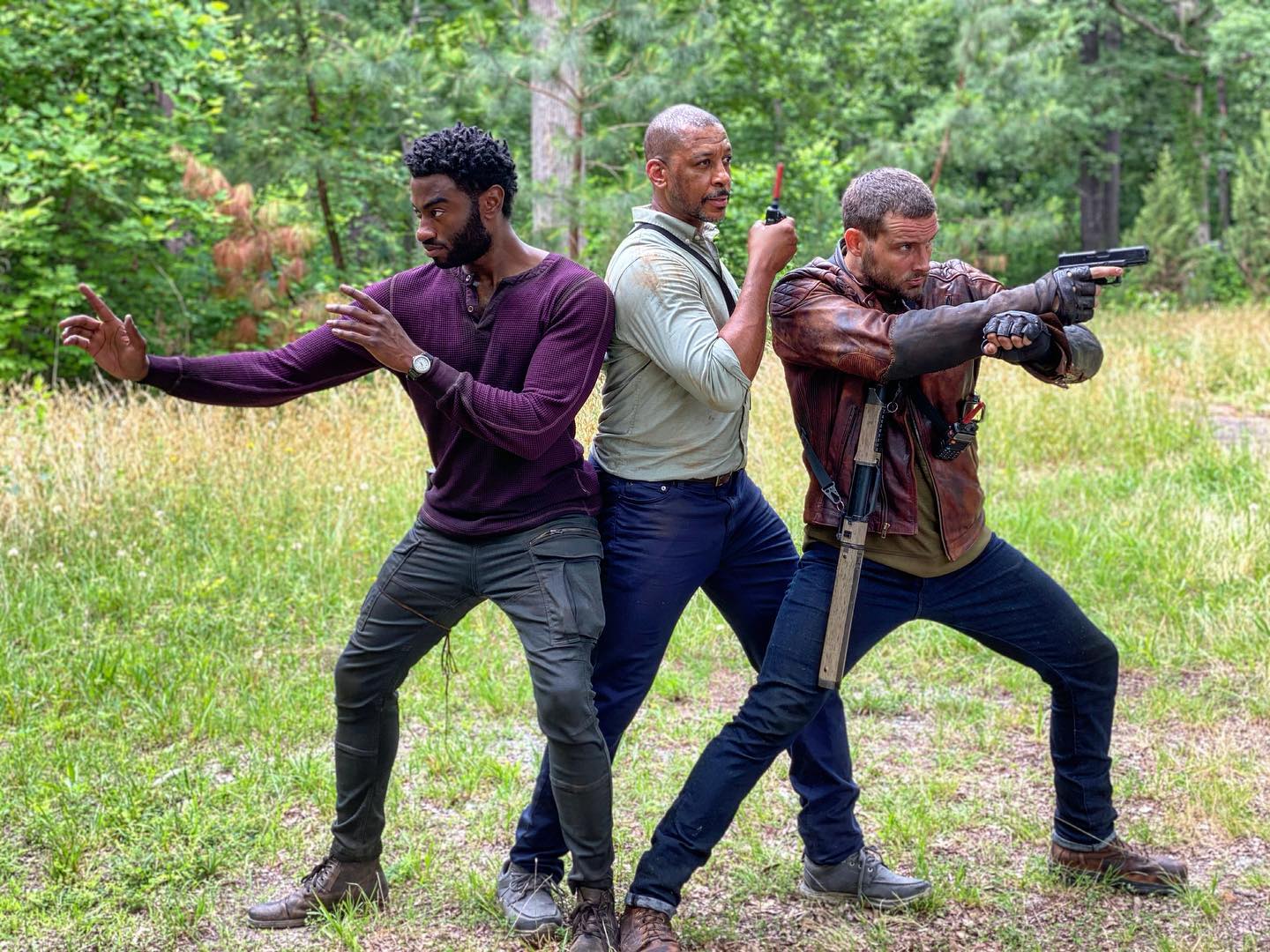 The relationship between Will and Felix is an anchor for both characters, being one of the reasons they fight for a better future. In your opinion is there something that was lacking to be developed between them or properly for Will’s?

Jelani Alladin: Hmmm you know there was a bit of a discussion around this, particularly with Felix’s choice of words to Will. If you go back through the series you will see that Felix actually never says I love you to Will, in those exact words. I had issues with this. But when I spoke to our director Loren Yaconelli, she enlightened me by saying that not all people are able to say I love you, but they do say it with their actions. It broke me down into tears both as myself and Will. I was so caught up in hearing it that I wasn’t taking stock of how Felix’s actions were saying it.

Speaking of things that weren’t covered, we didn’t have time to know much about Will’s past as we know it from Felix. Did the writers told you something about him to help you developing the character? If not, how do you think his past was? Did you get inspired from someone to bring Will to life?

Jelani Alladin: Matt Negrete is incredibly thorough so of course we chatted about Will’s backstory. I think we landed that he’s from Portland and then came to study in Omaha and worked his way up. We also chatted about how Will must have come from an opposite home environment to Felix, a place where life was abundant, because he is so accepting, and that has to be learned behavior. 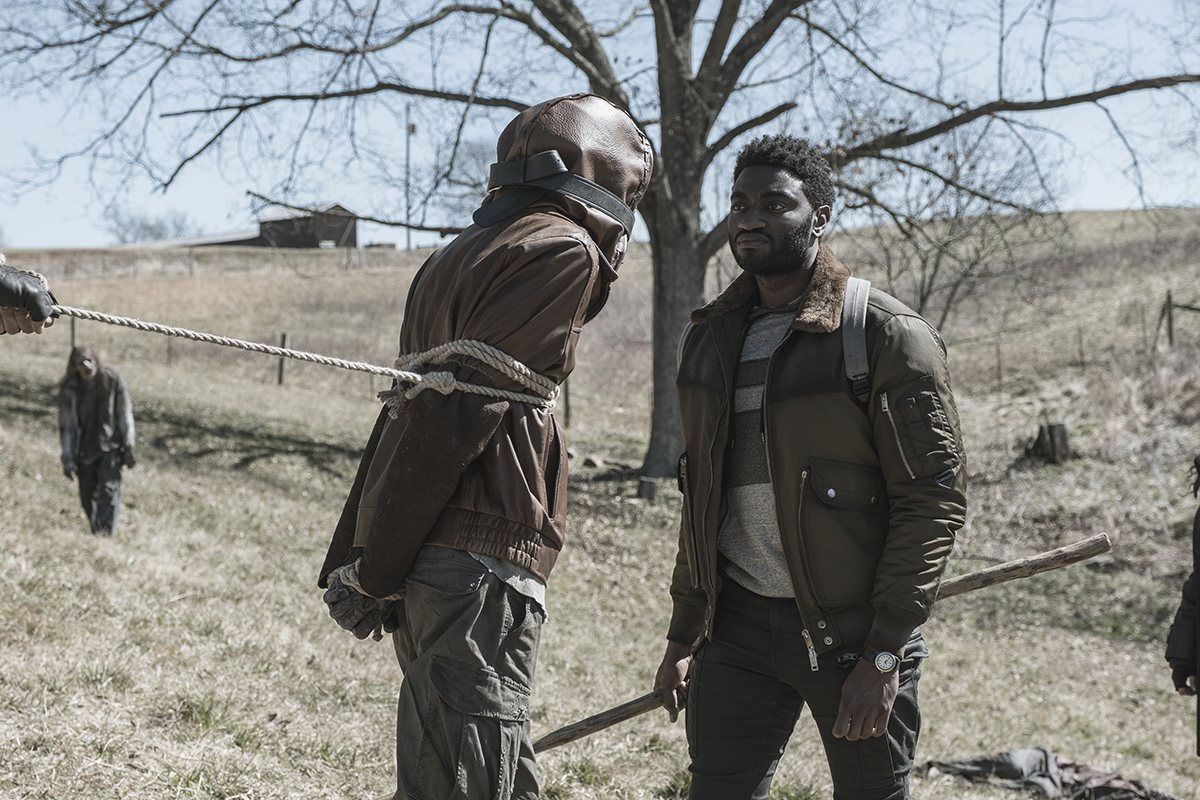 Your character is a fighter, a security specialist and graduate in behavioral psychology. Would you have the same aptitude to dealing with the empties as Will? What characteristics do you both share?

Jelani Alladin: Ha. I would certainly not have the same level headed energy that Will has. I would be bombastic and probably die very quickly in the given circumstances. But I do think Will and I share the care giver quality. I enjoying making friendships and taking stock in other people and Will does too. He tries to protect as many as he can and interacts with almost every character in the series. I was that way on set and am that way in life. I want to enjoy and protect the people I’m around and I call my friends and family!

Even though you didn’t get to be a “Power Ranger”, one of your childhood dreams, you had your share of action scenes in World Beyond. So, what’s your favorite scenes? Do you remember something funny that happened on set to share with us?

Jelani Alladin: I don’t get to be a Power Ranger YET!!! There’s still time. Maybe an X-Men. Let’s put that into the universe. My favorite scenes were definitely all the scenes in episode 8, every single one of those were so fun. There was one time I tripped and slipped on set and it was so not graceful but I tried to cover it up as we kept rolling. But I’m happy to report that any other comedy that happened on set was fully manufactured and on purpose lol! 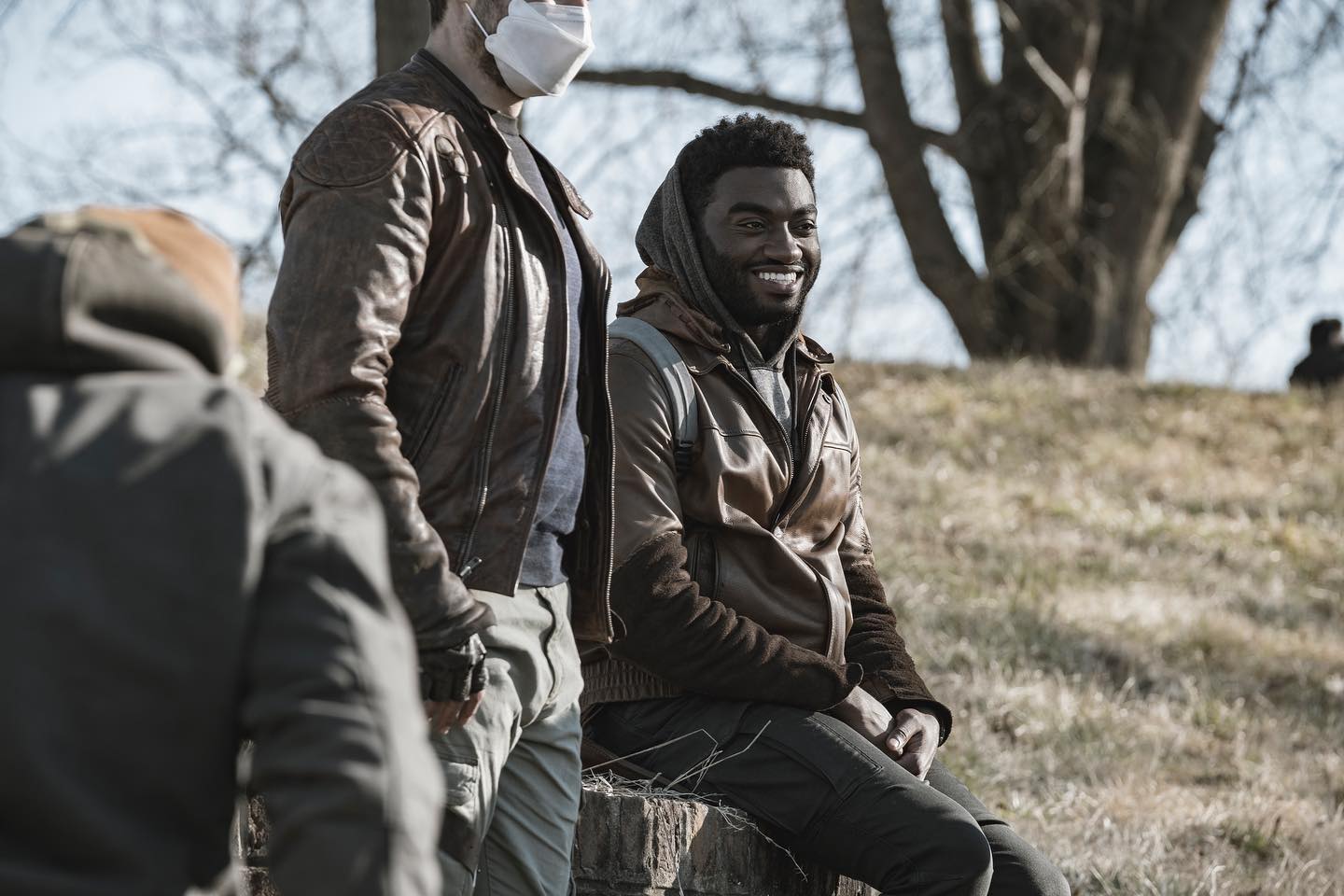 You’ve already participated in “Frozen” and “Hercules” on Broadway, and you also were in the film adaptation of “Tick, Tick… Boom!” and you’re also in World Beyond. Between horror and musicals, which is your favorite? Why?

Jelani Alladin: Wow that’s a hard question. I don’t have favorites, I just enjoy acting. I enjoy that I have the privilege to do both, and exist as an actor in both worlds. Each have their pros and cons. It’s nice to not sing, but horror is also very taxing on the body. But I’m a happy camper in either genre and can’t wait to explore more!

If you could be another character in World Beyond (or The Walking Dead Universe), which one would you be? Why?

Jelani Alladin: Is this even a question, Michonne, hello! I need to play with that sword. We didn’t so much sword training because the S-Pole is similar to a sword, BUT I WANT THAT NINJA SWORD! What an epic weapon. Danai can do no wrong in my book.

I’m not sure if you follow – or have followed – The Walking Dead, but I need to ask. If there was a crossover between World Beyond and the main series, which character – or characters – would you want Will to meet? Why?

Jelani Alladin: Rick, so I can be in the movies. Ok thanks.

Have you been working on anything new that you would like to share with us? We definitely can’t wait to see you again on TV or in the movie teather!

Jelani Alladin: Nothing I can share yet, but I’m also writing in addition pursing future acting opportunities and I’m very excited to be working on a TV series based on my story as well as a full length feature. Both are in birthing phases but I’m very excited to get them ready to share with the world!

Jelani, thank you so much for your time! I hope we can meet in person one day. Have you already come to Brazil? If not, would you like to?

Jelani Alladin: I haven’t been yet but my family is from Guyana so I’ve been close! I do hope to see your beautiful country some day!