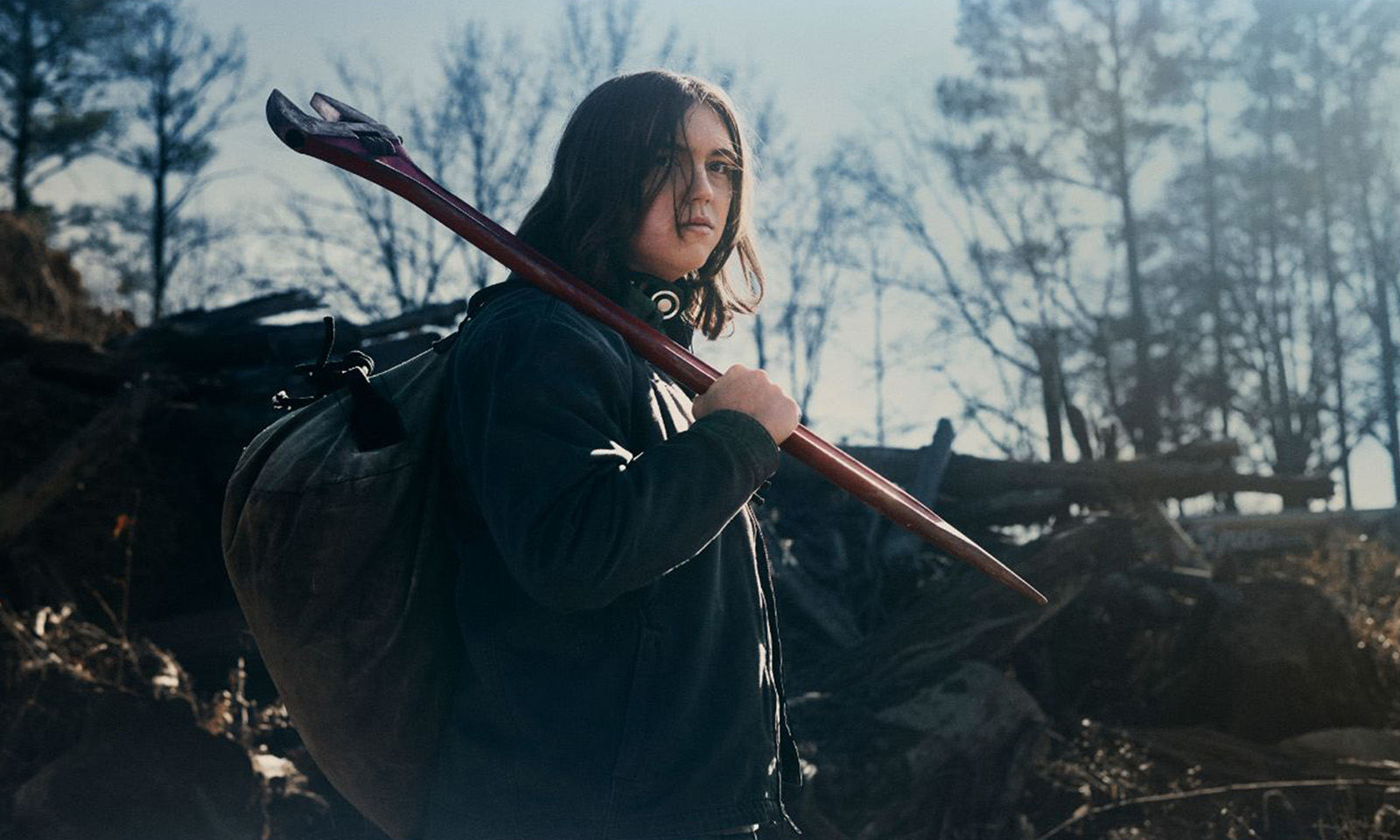 The Walking Dead: World Beyond debuted earlier this month, after its release was delayed due to the COVID-19 pandemic.

The Walking Dead BR talked to actor Hal Cumpston, who played Silas Plaskett in World Beyond, to find out what we can expect both from his character and from the first season of the series. Hal told us about his first days of recording, about his favorite episode of the season 1, about his work on Bilched and more.

Without further ado, check out our exclusive interview with Hal Cumpston:

Hal Cumpston: To cut a long story short, I was sent the audition as a trial for my US management company to see if they wanted to sign me. For obvious reasons, I tried to lay down an awesome audition. Luckily enough, my managers signed me and I ended up getting the audition. As it was my first US audition, I was somewhat nervous but more than anything, super excited. 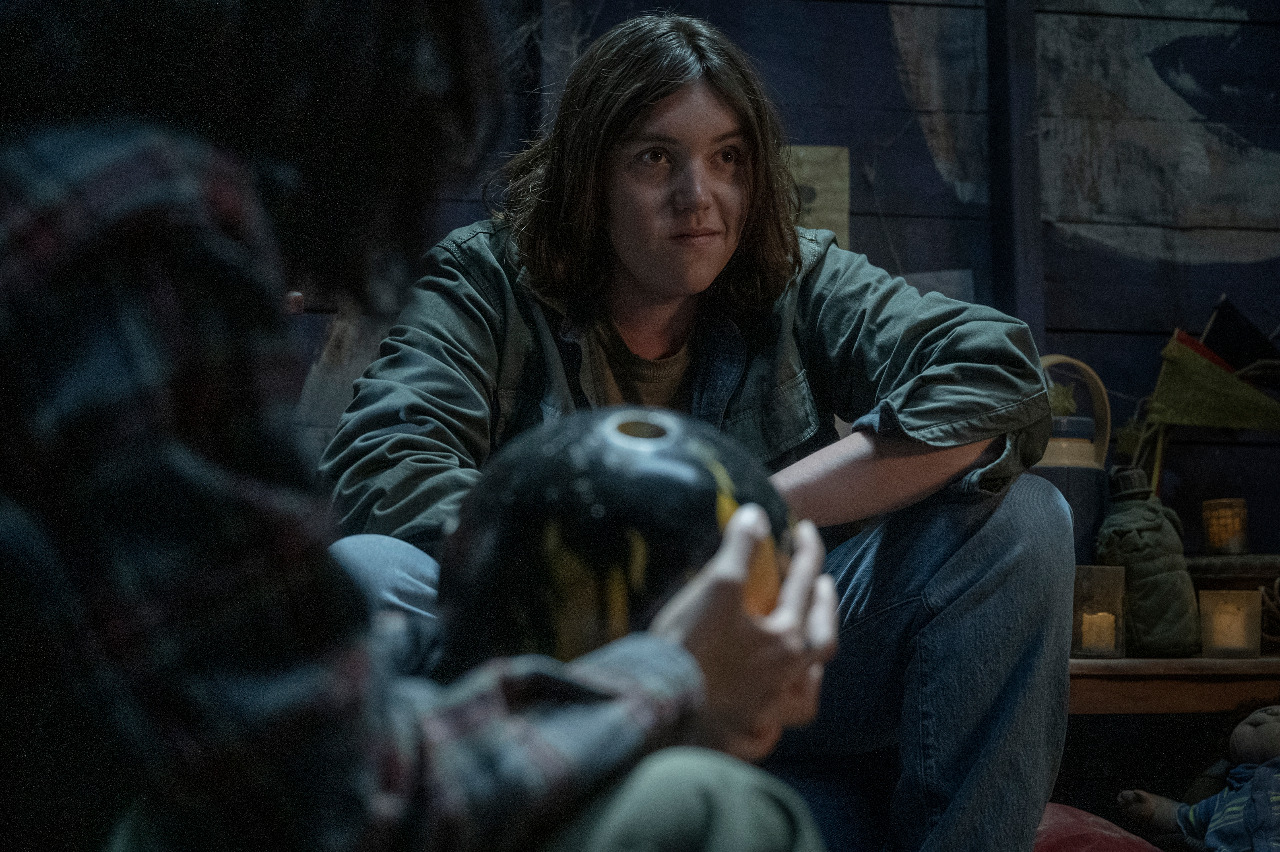 Silas appears to be a lonely person that carries a traumatic past and we don’t know exactly whether the rumors about his past are true. How was it for you to compose the personality of such a character? What were your inspirations?

Hal Cumpston: The character is far from who I am in life, but that was a great challenge to overcome. There wasn’t an exact science to it – it was more a matter of talking with the show creators and reading the scripts. I felt like I quickly understood how to play the character of Silas.

Your character has one of the most iconic weapons in The Walking Dead universe, being easily on the same level as Daryl’s crossbow and Michonne’s katana. We can’t wait to see it in action killing many empties. What is the story behind the choice of this weapon? And did you name it?

Hal Cumpston: There isn’t any crazy origin story besides the obvious connection with Silas being a janitor. In saying that, I’m not sure what use that big wrench would have besides killing zombies.

Hal Cumpston: The first few days were a crazy blur. I didn’t really know what I was doing, and was surprised I’d bluffed my way into such a position. The cast had some great Improv sessions to get to know each other. I had fun mucking around on set throughout the shoot. I remember one Friday night shooting episode 3 on a roof chatting shit with Nicolas Cantu for hours. 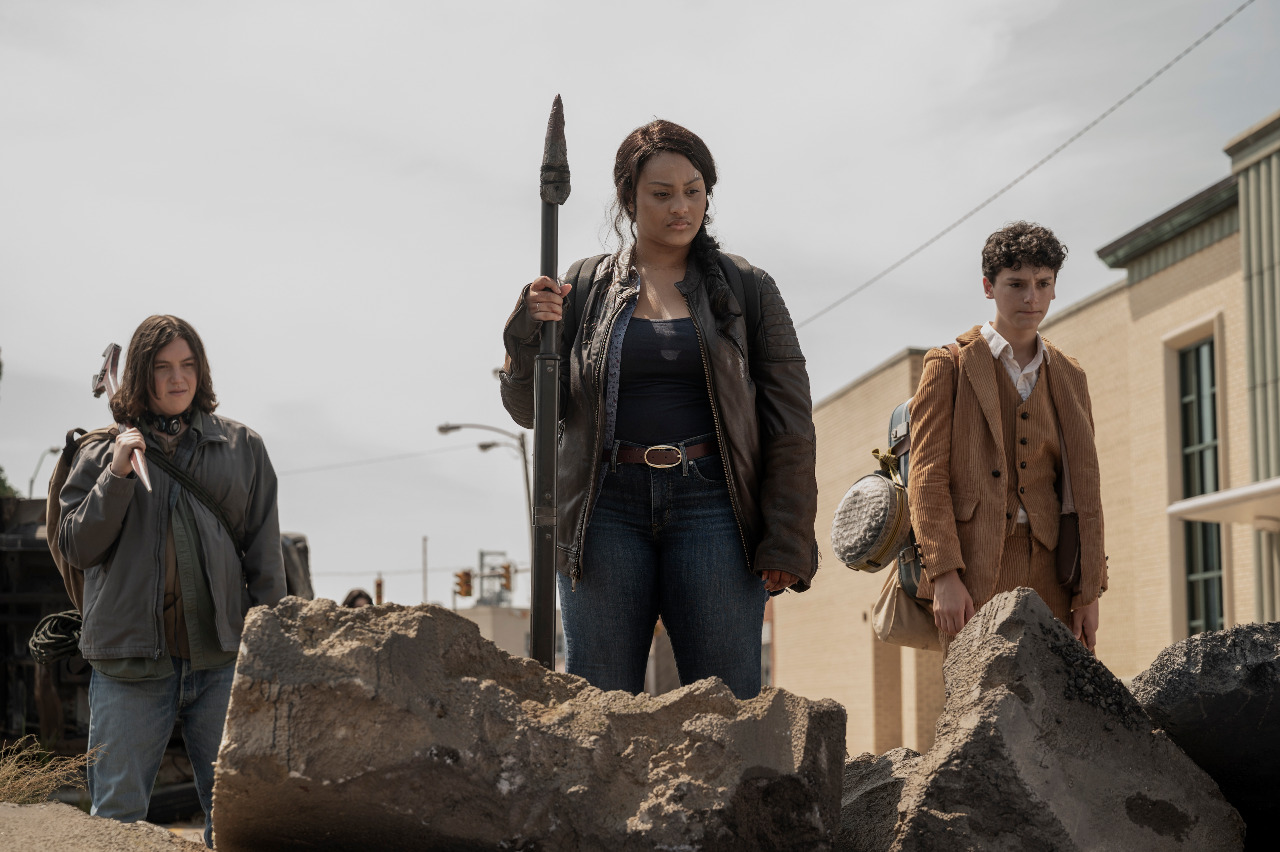 Hal Cumpston: It’s a great mixture of fresh cast and crew and experienced heavy weights of the Walking Dead Universe. With our incredible team, we get to tell new stories from a different part of the same world so many fans have enjoyed. The show is sick just watch it and see.

Despite his timid and somewhat introverted profile, Silas makes the courageous decision to join his colleagues at Campus Colony on a mission to explore the world of the dead. Which characteristics of the character attracts you the most? What does he expect from the mission he joined with his friends?

Hal Cumpston: He is without a malicious bone in his body to a fault. It is a fantastic resource as an actor that within every scene, he doesn’t feel comfortable and is constantly in a state of tension. He’s stuck in a rut within the community. Even though the outside world is a post-apocalyptic nightmare, his life inside the community is far from better than that.

The Walking Dead universe addresses various characters’ views of the undead. Some accept and understand the danger and others show great difficulty in dealing with what the world has become. Can you tell us a little bit about Silas’ vision of the apocalypse? What does he think and how does he feel about the zombies?

Hal Cumpston: It is hard to answer such a question without spoiling character developments. 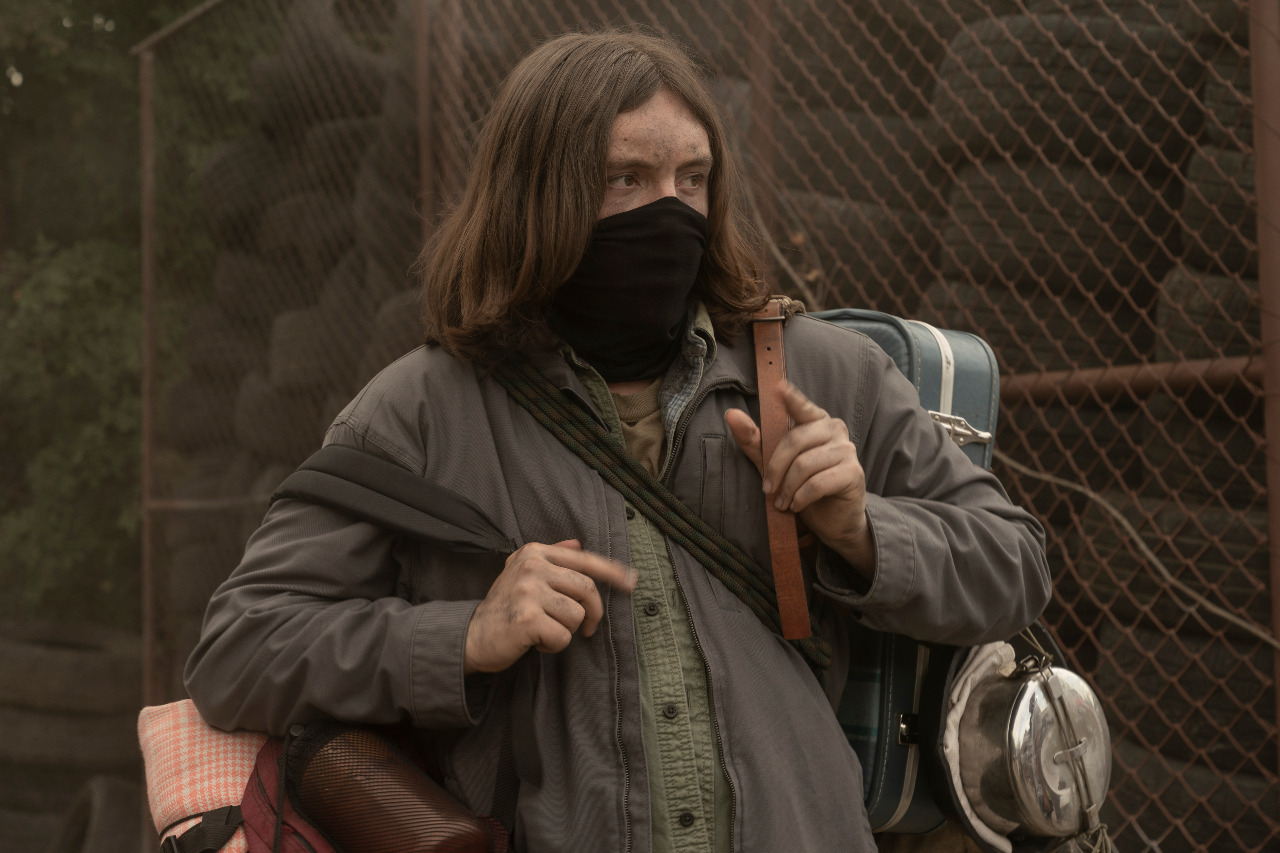 When passing through the walls of Campus Colony, the four teenagers may be walking towards their greatest fears and insecurities. In what ways do you think this journey will change who they are? Do you think they can lose their innocence?

Hal Cumpston: I’m not sure they full comprehend that they are taking steps towards leaving any sense of childhood innocence they were still holding onto. The journey completely challenges who they thought they were within the walls of the Campus colony.

Hal Cumpston: Selfishly, I’d say episode 8 as it was such a cool experience filming it. It turned out great and is a great character study of Silas.

Hal Cumpston: The most prepared would have to be either Huck or Felix due to their experience and age while the least prepared is quite a fair share between the four teenagers, as they are all somewhat unprepared to survive in comparison to adults. Due to his age – Sorry Nicolas Cantu, but I’m going to have to say Elton.

How different and challenging was it for you – both personally and professionally – to move from Australia to the USA to shoot the series? I am now remembering your video waking up at dawn to join Comic-Con. It was very funny!

Hal Cumpston: Yes, it was challenging, but probably for the best being in an environment where I got to learn a ton and progress my career massively. The accent strangely wasn’t too much of an issue thankfully. In the future, I will try convince a few friends to visit me to soften the blow of being away from my normal life in Australia.

What would you like to see Silas doing that you haven’t had a chance to do this first season? And speaking of the future… Is there any forecast for the beginning of the shootings of the 2nd season? What is the production status today?

Hal Cumpston: I can’t speak on behalf of when production for season 2 will be taking place, but I think it will be sometime soon. There is a long list of developments I’d like to see in Silas’s story. It will be an exciting time as he made many developments throughout season 1. Can’t wait to get so many crazy action scenes under my belt. 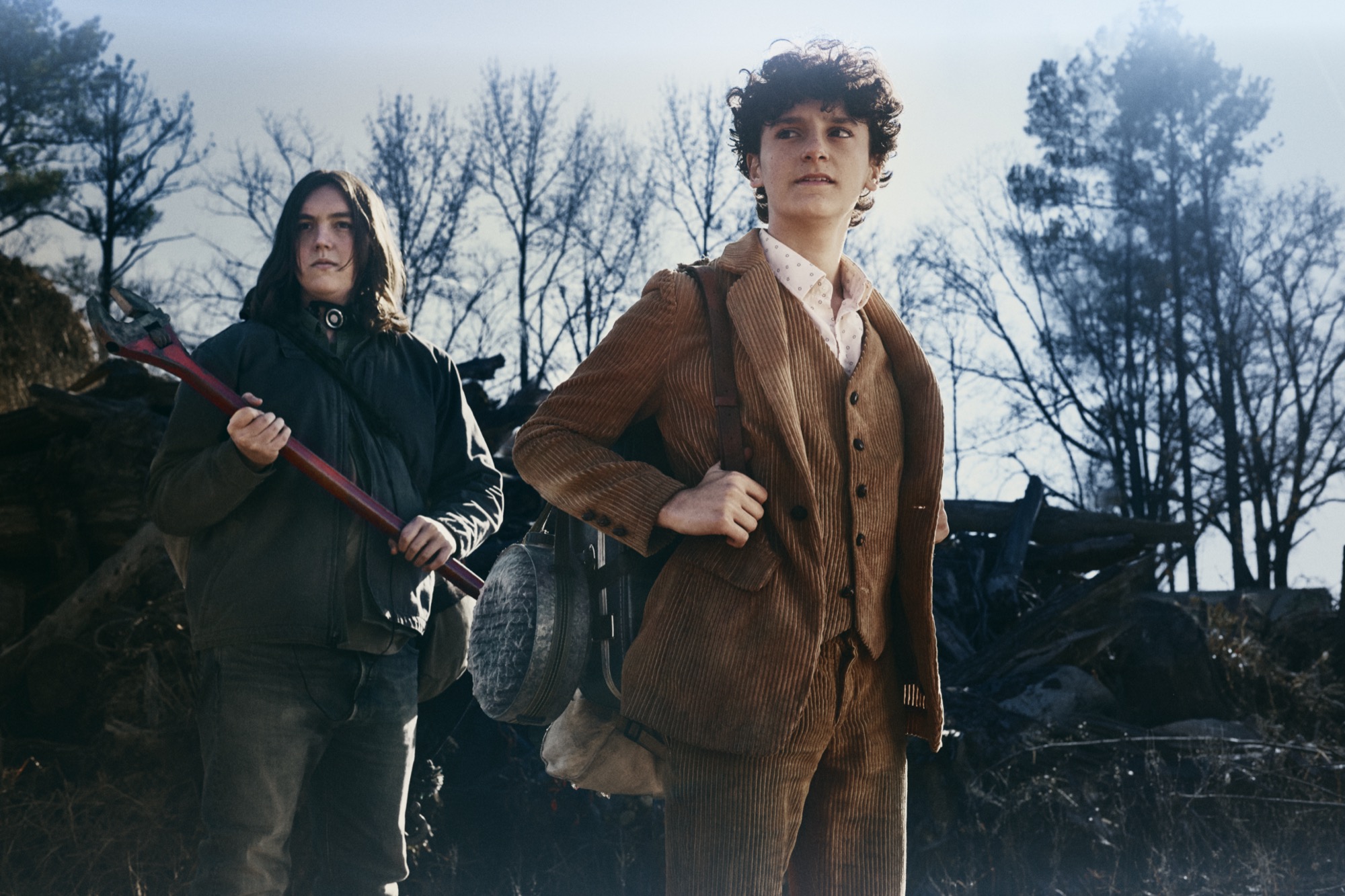 We didn’t get a chance to watch Bilched, but we were very happy to see that your first work was well received and won you an award at the Chelsea Film Festival. And we know from the trailers that you also did an incredible acting job. Can you tell us a little bit about how was it to work in this movie and why you decided to explore something more adolescent and cultural? And is writing scripts something you plan to do again in the future?

Hal Cumpston:Bilched is the reason my acting career happened. It was my ticket out of a life of mediocrity. Awesomely it was well received and will hopefully be available on a streaming platform very soon. It came about from me wanting to write my own funny teen film after consuming so many growing up. Writing and making films is a massive part of my life, and I hope to have a long list of films before I die. As for now, I’m hoping to shoot my second feature, one with larger appeal, come the end of filming season 2.

Hal Cumpston: No projects I had were postponed; however, I have projects coming up that I am so excited to be apart of. I took care of myself through writing, which hopefully means I can turn a super unproductive year into future success.

To conclude: here in Brazil we always send a lot of love to everyone involved in The Walking Dead universe. Brazilian fans are very passionate! Has this affection ever reached you through social media?

Hal Cumpston: You can find me @halcumpston on Instagram. I have a whole host of Brazilian fans getting in contact with me despite not a very large following. I often connect with them over my favorite team Arsenal boasting a large roster of Brazils best footballers.

– [EXCLUSIVE] Alexa Mansour talks about The Walking Dead: World Beyond