The Walking Dead: World Beyond debuted earlier this month, after its release was delayed due to the COVID-19 pandemic.

Without further ado, check out our exclusive interview with Alexa Mansour:

Alexa Mansour: THANK YOU!! I got called to audition for an “untitled walking dead series” in April of 2019. I had auditioned plenty of times for the flagship show so my hopes weren’t too high about booking the job. I didn’t hear back until late June, when I met with Scott Gimple and Matt Negrete. That second audition went amazing and I was off to test with the network. AMC loved me but they wanted to make sure I was edgy enough so I had a fourth audition with Matt and Scott a few days after the test and that’s when I finally snagged the role of Hope Bennett. I was over the moon when I found out I got the job, but I was also very nervous to have the pressure of such a huge franchise on my shoulders. However, the fans welcomed me with open arms and all my reservations disappeared. 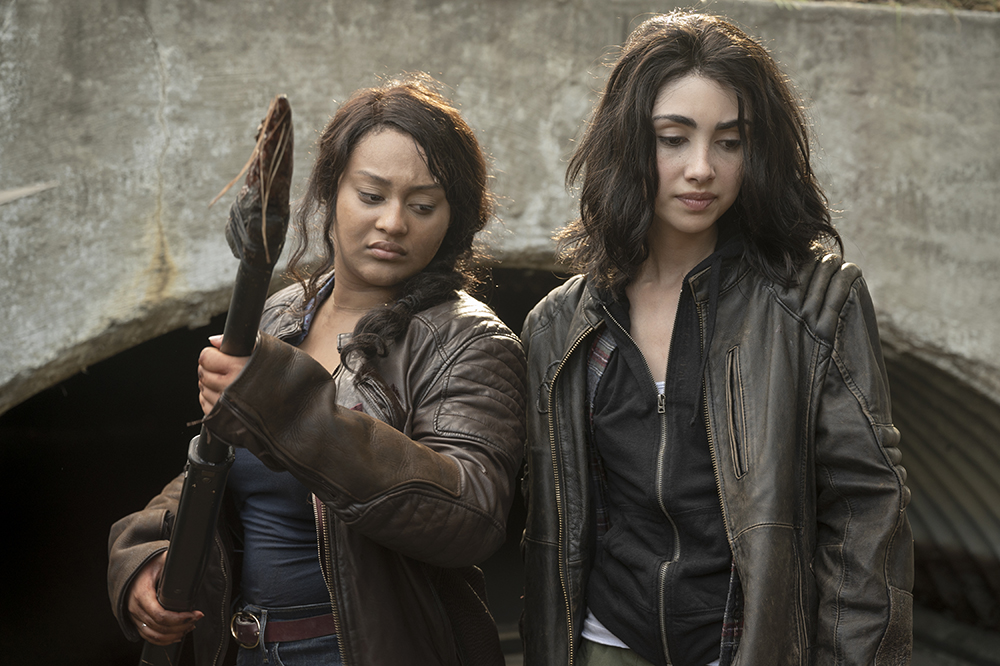 Hope is Iris’s rebellious sister, but they seem to be very close. What can you tell us about what we can expect from the two characters venturing into a world full of challenges and problems? And what was it like working with Aliyah Royale?

Alexa Mansour: You can expect to see two of the bravest women you’ve ever seen. These girls are selfless, courageous and will stop at nothing to keep each other safe. It was absolutely amazing working with Aliyah, she was so easy to get along with. We automatically felt like sisters on and off the screen.

Hope is haunted by a dark secret, something she kept hidden from her sister and others around her. Do you think that many of the character’s rebellious attitudes are due to this? What is your analysis on Hope’s personality?

Alexa Mansour: Yes, i think she has a lot of guilt inside of her and she manifests that guilt through rebelling. She blames herself for a lot, and for that reason she does whatever she can to get in trouble and be seen as a “bad person” because she believes she is one.

Alexa Mansour: The first few days on set were amazing, it was so cool seeing the empties and shooting at different locations. Some of the cast and I would joke around ( a little too much ) and they would start rolling the cameras and we’d be laughing. 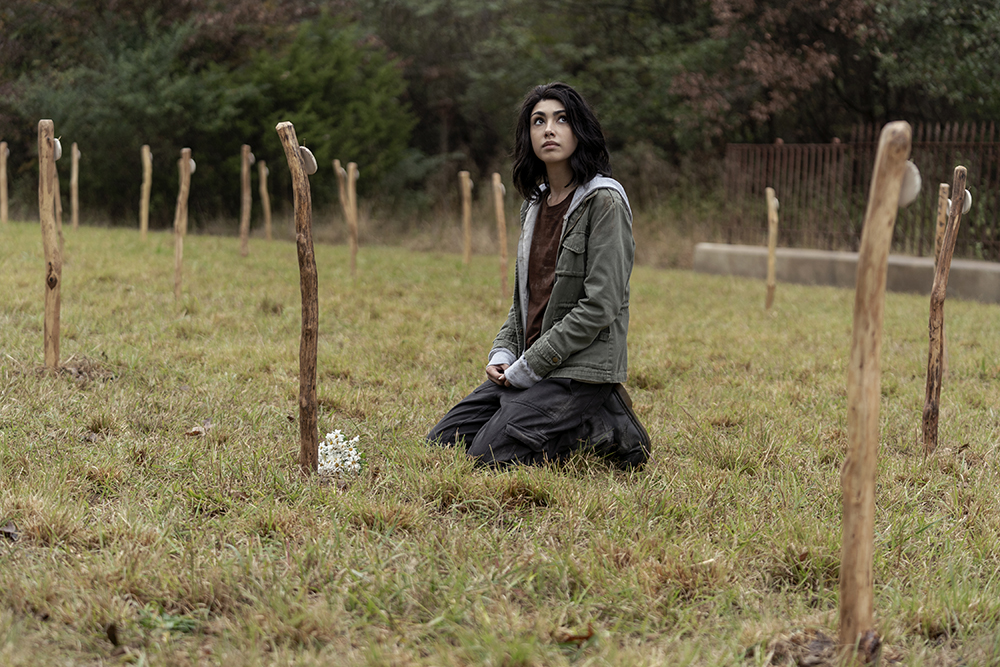 Alexa Mansour: It’s a whole new perspective on the apocalypse. These kids grew up in this world, they know what’s outside the walls of the campus and they choose to go and face it. Get ready to be on the edge of your seat.

Did you do any training to play Hope? What about the action scenes, often involving zombies, did you get to participate or was the stuntman more active on this kind of scenes?

Alexa Mansour: We all did 3-6 hours of stunt training a day in the weeks before starting production, as well as on the days we had to do any stunts. I would say we did about 75% of the stunts ourselves and the rest was stunt doubles. It was definitely a challenge!

Your character’s name is quite significant for a series that involves survival and an apocalyptic world. Having “hope” is something that the characters need to move on. Is there a story behind the name that you can tell us?

Alexa Mansour: There’s no significant story that I know of with the name “Hope” but what I can say is that the entire concept of World Beyond is based on “hope”. Without hope, the chances of survival are slim.

Now that you are “graduated” after experiencing a World Beyond season, what do you think is needed to survive a zombie apocalypse? What items would you have in your survival kit? And would you do better in a community or alone?

Alexa Mansour: Hmmmm, I would definitely have my S-POLE, a reusable water bottle, and snacks. LOTS OF SNACKS. I think i’d be better off with other people, it tends to go better when you’re with a good group of people that know how to work together. We all have different skills and talents that one another could benefit from. 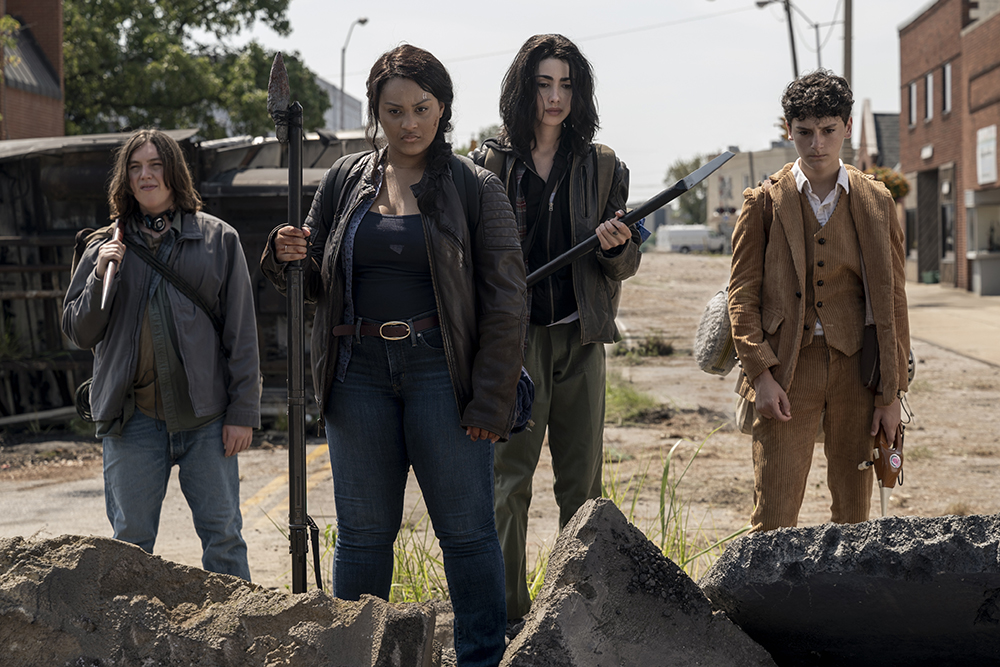 Alexa Mansour: My favorite episode is called “THE BLAZE OF GORY”. I don’t want to give too much away but it’s definitely a “scorcher” haha

Alexa Mansour: I think Felix is 100% the most prepared, he teaches at the university how to fight the empties and survive. I’d say the least prepared is Hope, she’s too busy making her own alcohol to focus on how to fight empties haha

The shows in the The Walking Dead universe has always featured strong and determined female characters, and Hope seems to follow that same line. What was it like for you to compose and act in such an empowered and self- reliant character? How important do you think this representation is to other women?

Alexa Mansour: It was such an honor, I’m so grateful for this opportunity. It helped me become a stronger person, emotionally and physically. This representation is EXTREMELY important for other women, women are capable of so much and I just hope that seeing this show and these characters will help them to understand their worth.

What would you like to see Hope doing that you haven’t had a chance to do this first season? And speaking of the future … Is there any forecast for the beginning of the shootings of the 2nd season? What is the production status today?

Alexa Mansour: She’s done it a bit but I would love to see Hope get really vulnerable. More than ever. I can’t reveal much but yes, there is definitely a start date in the works for season 2! 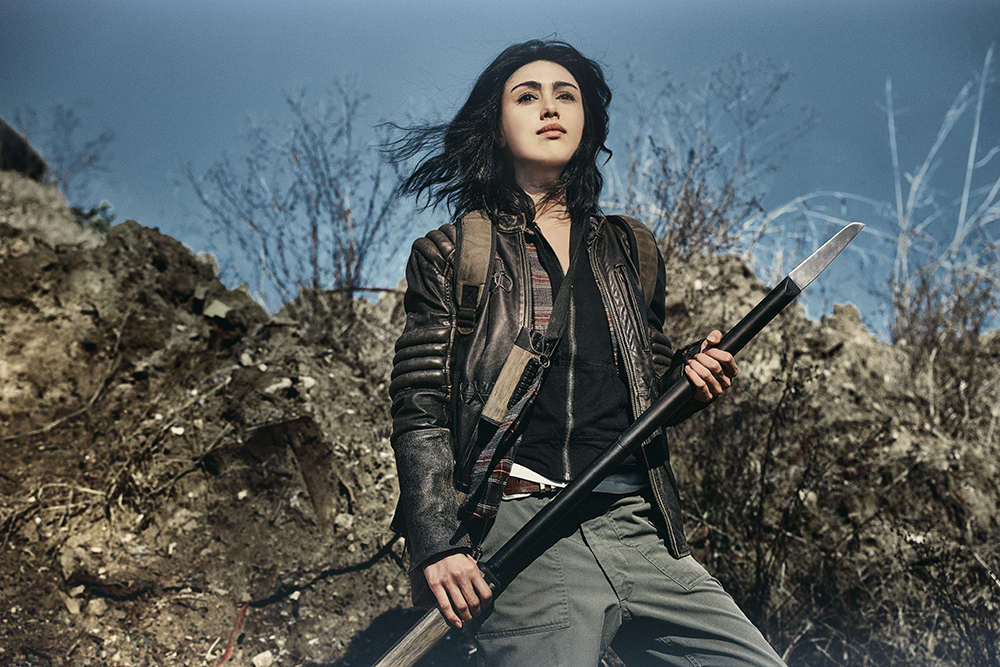 Besides being an actress, we know that you are an awesome singer. Your voice is beautiful! Can you tell us about your interest in singing? Is it something that you intend to invest more in the future? Have you been working on new songs? Can we expect to have some of your music on World Beyond at some point? It would be amazing!

Alexa Mansour: Thank you! Singing and writing music has always been an outlet for me, it’s the one thing I can turn to when I feel like there’s nowhere else to go. I have an EP coming out in December 2020 and plan on releasing A LOT more music in the future. I would love to have my music on the show! That would be a dream come true, but that’s not in my hands.

Alexa Mansour: The pandemic has forced me to face a lot of my own struggles head on and move forward. It was a real wake up call for me and a lot of people out there. It taught me the importance of family and hope. I had another show I was filming that got postponed, which I’m currently finishing up in Vancouver as I answer these questions.

To conclude: here in Brazil we always send a lot of love to everyone involved in The Walking Dead universe. Brazilian fans are very passionate! Has this affection ever reached you through social media? Leave a message for the fans of our country!

Alexa Mansour: Yes! I have gotten so much love from Brazil and i’m absolutely HONORED that my work has been able to reach you all. You guys are absolutely amazing and I really hope I get the chance to come and visit soon! Brazil is one of my DREAM vacations. I just want to say THANK YOU and I really hope you enjoy the show.

– [EXCLUSIVE] Aliyah Royale talks about The Walking Dead: World Beyond