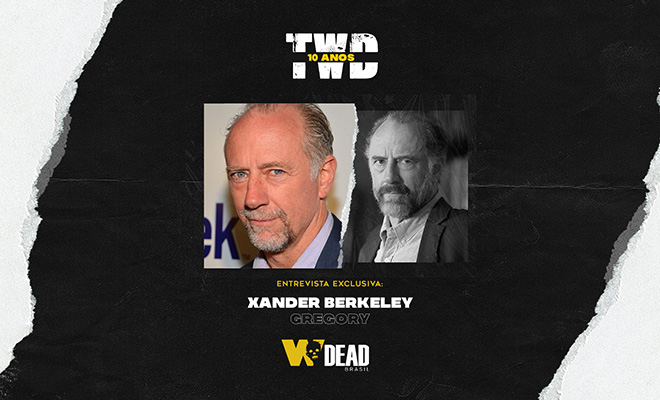 Our guest today is Xander Berkeley, who played Gregory during seasons 6, 7, 8 and 9. The actor told us about what it was like to play Gregory, about his character’s possible past, about working with Lauren Cohan (Maggie) and a lot more!

Without further ado, check out our exclusive interview with Xander Berkeley:

Gregory had a questionable character, but no doubt he gave us great stories and a good comic relief. How was your experience playing this part? How did it get to you? Tell us a bit about your audition.

Xander Berkeley: Gregory was a very fun character to play. I knew he would drive many in the audience crazy, but I felt sure there would be any number of people who would see the humor that was being written for me to play. Humor was the key enticement for me, as so often I was asked to be the heavy in films and TV. The scenes they wrote between Gregory and Simon were so brilliantly structured for both tension and comedy, Steven Ogg and I became lifelong friends as a result of the joy we had playing them. 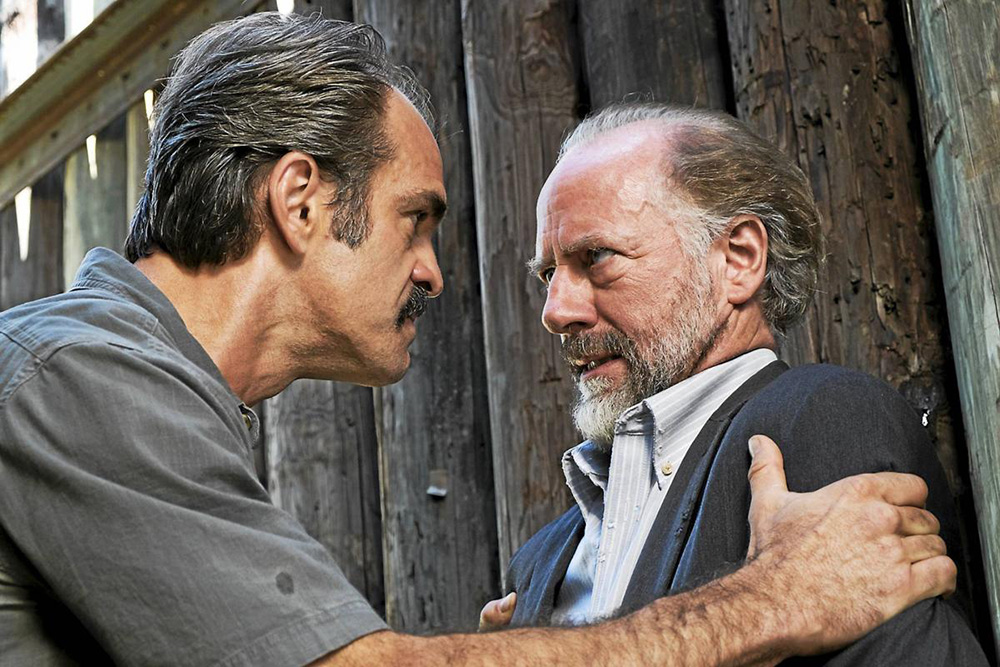 Although The Walking Dead is a horror show, Gregory provided the audience with some good laughs. How do you balance humor with such a tense and serious setting?

Xander Berkeley: It is a balancing act indeed. You play the threat as being real, but you allow yourself to have fun within it. Much of that came from the humor inherent in the writing and coming up with a character people could laugh at and seethe at all at once.

Gregory was introduced as the leader of one of the main communities in The Walking Dead, but he ended up being overthrown by Maggie after betraying the residents. Do you think he deserved forgiveness or a second chance? Do you think he still had something to add to the development of the show?

Xander Berkeley: I think opportunities were lost, but I am biased. They needed to move things along in the storyline for various reasons.

We can say Gregory wasn’t one of the bravest characters, seeing how long he resisted war with the Saviours. In your opinion, was he right to keep obeying Negan or should he have accepted war earlier?

Xander Berkeley: It was a losing proposition, based in cowardice, but they were an agrarian community not warriors with weaponry. He may have been able to negotiate some way to keep them producing for the Saviors without losing everything, but it wasn’t looking good.

Which do you think was most important to Gregory: keeping a good relationship with Negan of keeping Hilltop’s leadership?

Xander Berkeley: Keeping Negan happy was very connected to maintaining leadership, because it had kept people safe from physical harm. 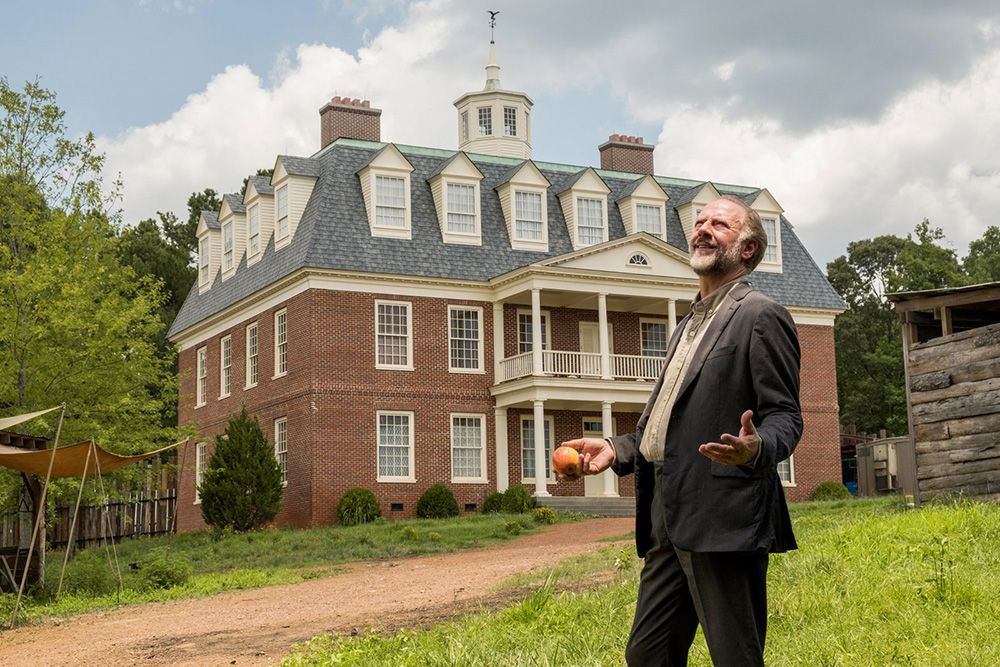 An interesting discussion emerged lately on The Walking Dead: it basically says that when you have people opposing each other, every side thinks they’re right and the other is wrong. If you see it that way, there are no good guys or bad guys, but people trying to defend themselves. Where do you think Gregory fits in this scenario? Is he a good guy, a bad guys or just a guy trying to survive?

Xander Berkeley: It would depend on your definition of ‘good guy’. TV likes a brave hero snd hates a coward. But if good is not killing others… then Gregory was a good guy. But he wS definitely just a guy trying to survive and even thrive to whatever extent he could, so he was really more like a good rat than a good guy 🙂

The Walking Dead has a huge fan base in Brazil, we’re always sending love to the show’s cast and crew.Does this energy gets to you? How is your relationship with Brazilian fans.

Xander Berkeley: I have been sent much love. So Obrigado Brazil! 💚

Unfortunately, the pandemic postponed a lot of projects, premieres and productions all over the world. How did it affect you? Which of your projects were put on hold because of COVID-19?

Xander Berkeley: Too much to list. But I am building production facilities in Maine and working on bringing tax incentives for film to the state in the meantime.

What do you think Gregory used to do before the zombie apocalypse? Was it discussed at some point between you and the writers, do you could know where to start?

Xander Berkeley: Gregory was a manager. He ran a business but had bosses above him. He could act like the big shot in charge, but behind doors he was kissing ass. No doubt had a grifters ability to talk big but take perks wherever he could. A big car dealership came to mind. 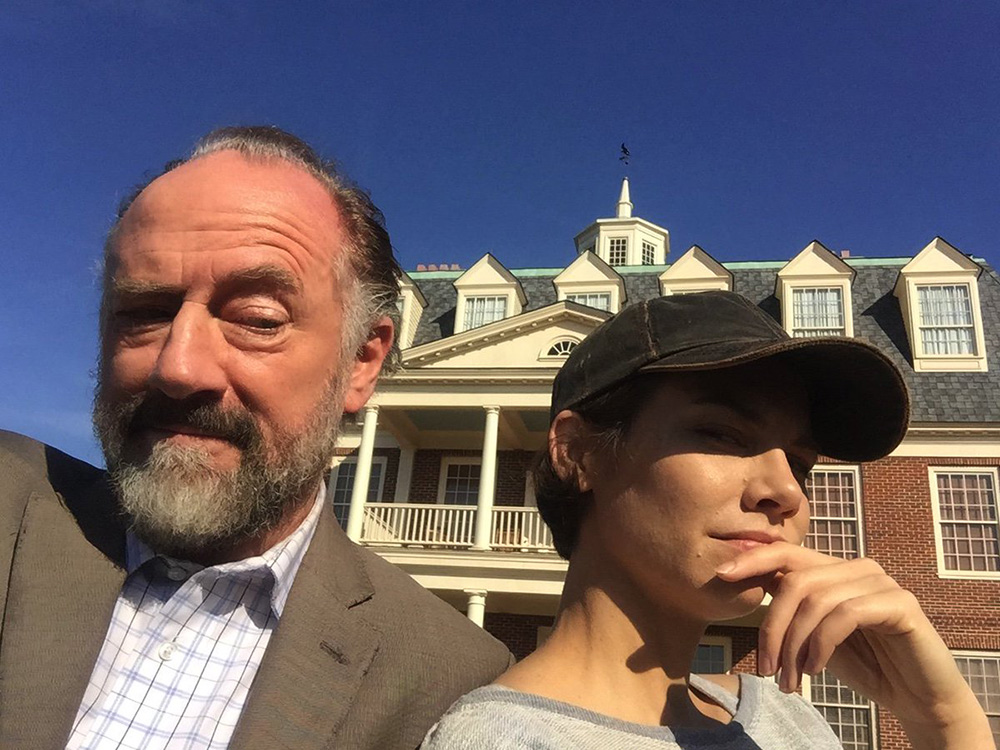 “The hilltop stands with Maggie” is one of the most iconic sentences of the show, said by Jesus to your character. What changed for you when you first knew Gregory was about to lose his leadership status?

Xander Berkeley: Anyone who has power and sees it slipping, gets angry and often feels like the victim rather than looking inward.

Xander Berkeley: Acting was always a part of my childhood imagination and it became a dream profession along the way. The scene where i met the whole cast was so fun. And Andrew Lincoln was so wonderfully welcoming as the lead of the show. We had a blast together.

Gregory and Maggie had quite a few scenes together. Tell us about the first time that you filmed with Lauren Cohan?

Xander Berkeley: The first scene between Gregory and Maggie was episode 11 in season 6. So much fun. Same thing, great tension, sets up great comedy. We had fun. 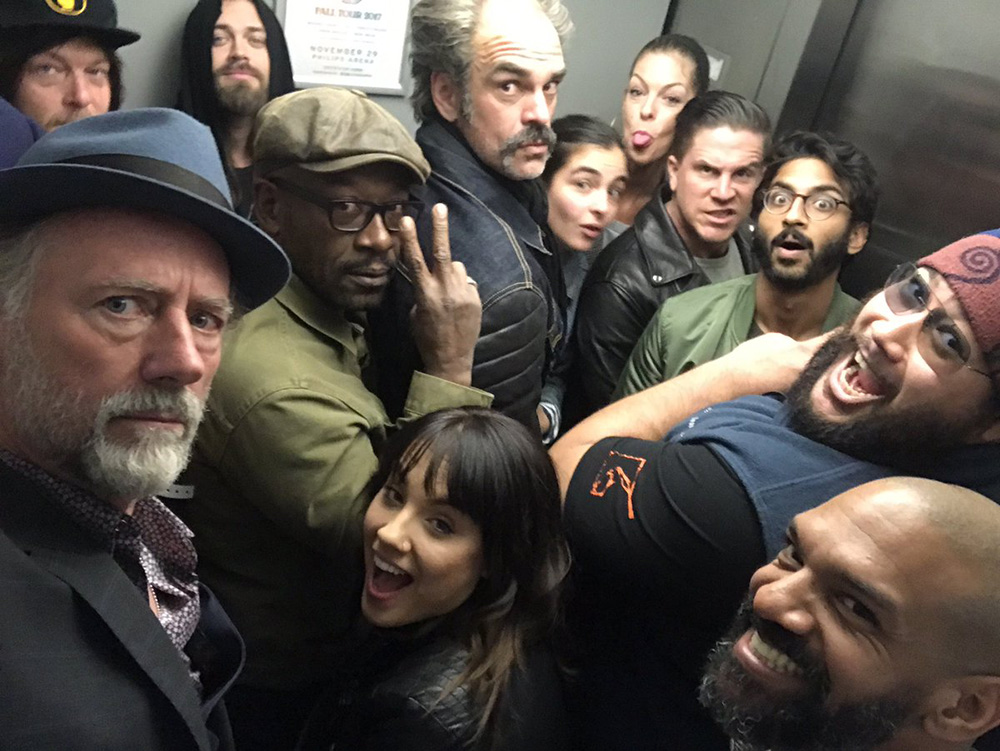 Is there anything that changed halfway through Gregory’s story? Did you have other plans for how it could have been?

Xander Berkeley: I was ready to say goodbye to Gregory by the end. They had led me to believe he would return to a seat of power again before being hung. So I couldn’t help but imagine that would have been more dramatic and rewarding. But honestly, without hope of any moral redemption offered, the role became limited to me.

To wrap it up: here in Brazil we’re going through a time of disbelief on the in culture. What part do you think culture in general and tv shows play in this specific pandemic moment?

Xander Berkeley: Perhaps they prepare a mindset of the possibilities that structures could collapse and not to take anything for granted. Even prepare a bit for your survival and those you love in the event or worsening conditions.

I wish Brazil well during these difficult times , just as I do our country. Capable and Compassionate leadership is important for everyone and not always easy to find. Good Luck and Much Love to you all.