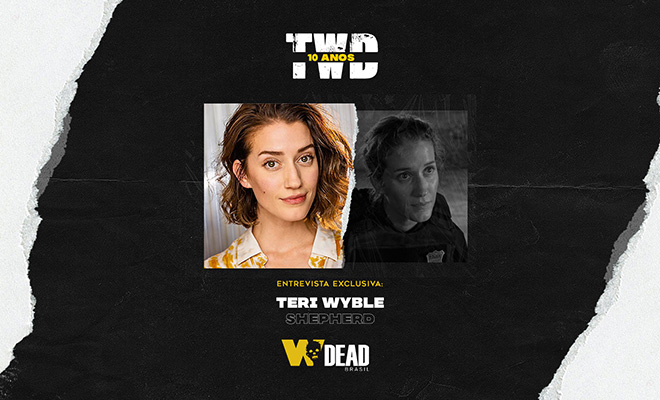 Our guest today is Teri Wyble, who played Shepherd during season 5. The actress told us about her character’s motivations, about having auditioned for The Walking Dead, about working with Andrew Lincoln (Rick), about Shepherd’s possible fate and more!

Without further ado, check out our exclusive interview with Teri Wyble:

Teri Wyble: Happy 10th Anniversary to TWD! Such an incredible milestone for na incredible show. I remember that it was about my fifth time auditioning for a role on the show. I was already a fan and it was one of the few shows that I had interest in watching. My agent sent the breakdown, and I had to put myself on tape with ‘dummy sides’, so everything could remain secretive for the show. I was at my ex-partner’s family’s home, and I remember we taped it in the kitchen next to a window for light, with a backdrop, and we made his parents leave the house for a bit to give us privacy. Sorry mom and dad! The dummy sides said that I was a badass, and a professional safe-cracker. Sweet! It wasn’t until I booked the role that I was informed I’d actually be playing a police officer. I was like, ‘Whoa, are they sure??’ 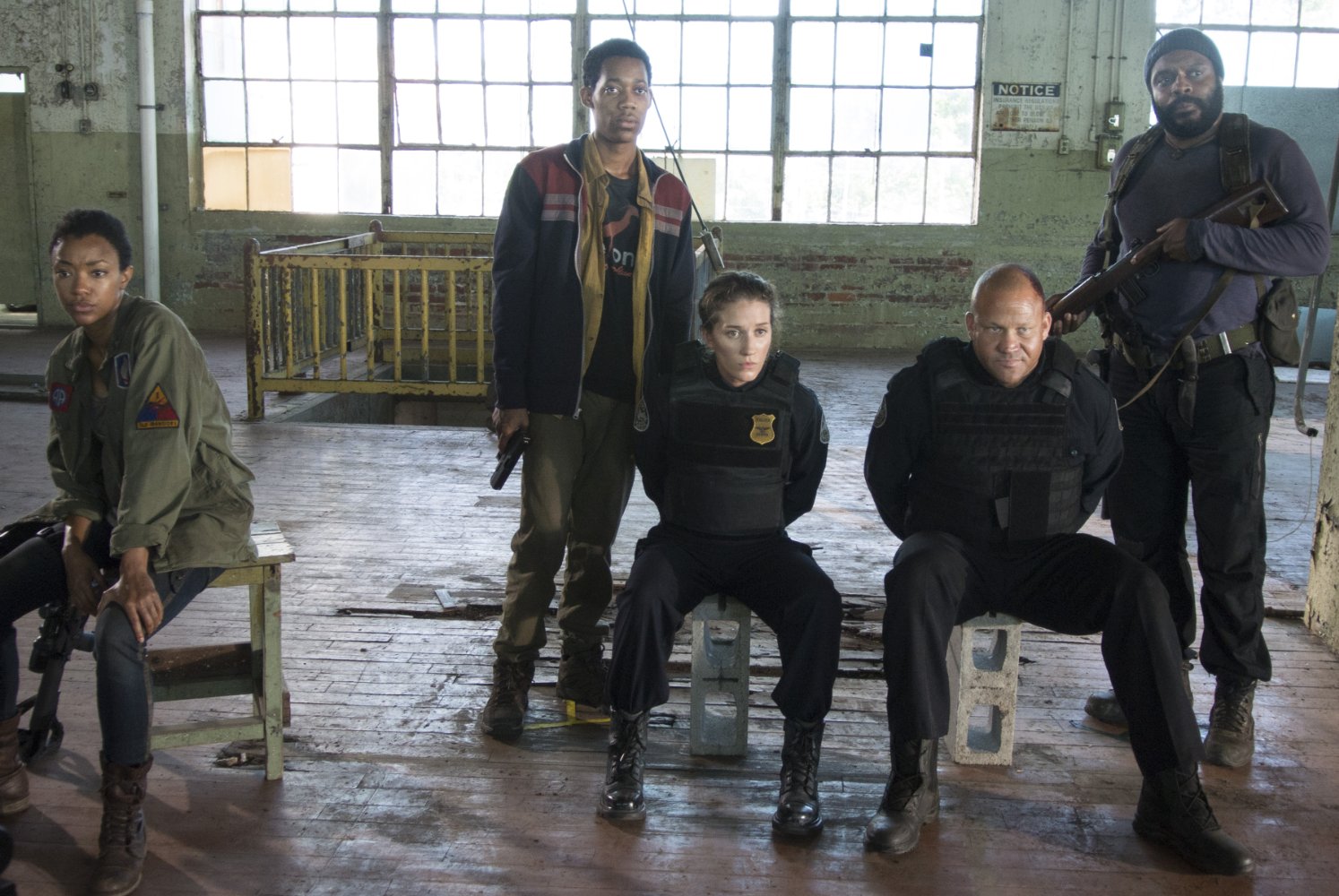 Shepherd proved herself a fundamental soothing element during the negotiations between Rick and Dawn, even though she was worried about her actions. How do you think she felt seen Beth accidentally dying so fast, and realizing all her efforts were in vain?

Teri Wyble: Shepherd – the name says it all. She is a peacemaker. Neither Beth nor Dawn’s death was in the plan, but i think she knew that chaos was a possibility when the two groups came face to face inside the walls of Grady Hospital.

We don’t know much about Shepherd’s past, only that she was an officer of the Police Department of Atlanta. When you played her, did you come up with some background to help you build up the character? Did the writers tell you something to help with this process?

Teri Wyble: Unless I had specific questions about my role, everything was mainly kept under wraps, even to us actors, and especially since I was only there for a few episodes. I know they worked hard at keeping things a secret.

With that said, I definitely did some background work on Shepherd, but more specifically, i made sure that my motivation for all of my actions and words made sense to me, and made sense to that reality. It was the only way to make it feel real.

What do you think was Shepherd’s take on the hospital conduct of dumping dead patients into the elevator’s hole?

Teri Wyble: I don’t think Shepherd liked or agreed with many things that went on at Grady, but it was the world they were living in, and she did what she felt she had to do to survive another day. 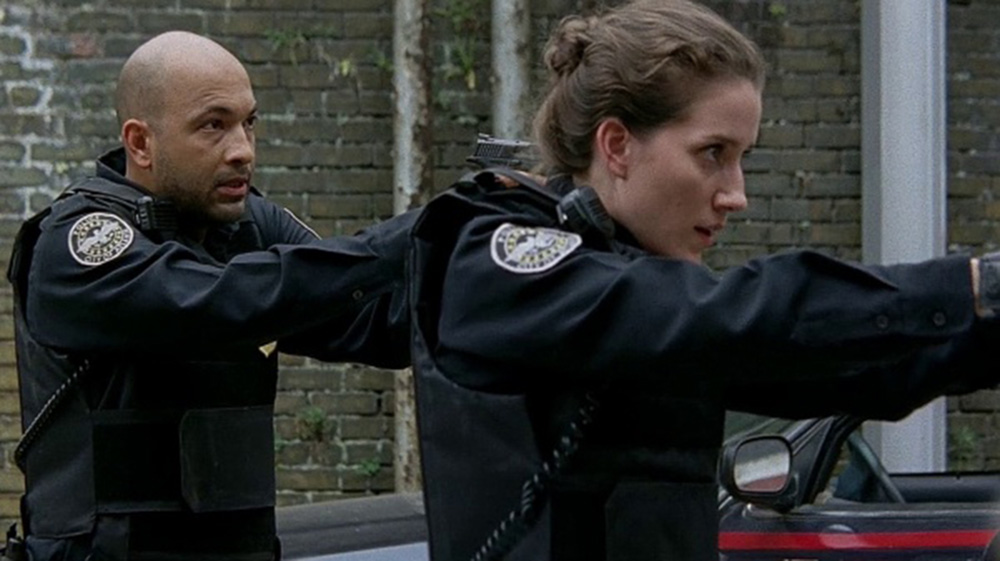 The officer’s uniform was used as a protection from outside threats, but do you think it was also a way to keep an image of social order for the local residents?

Teri Wyble: Sure. But more than anything, I think Shepherd felt it would assure her more safety than it would without it.

We would love to see more of the hospital survivor’s stories and your character leading them in the future, but Greg Nicotero confirmed they all died. How do you think the community would be like today, if you could choose? How do you think Shepherd died, or how would you like her to die?

Teri Wyble: After Beth and Dawn’s death, I feel like Shepherd felt that she wouldn’t have been fit to lead the Grady Bunch in the best way. I think she’s still alive, has left Grady, and out fending for herself. Searching for someone, or maybe herself. As we all are.

Teri Wyble: Yes! My first day on set was actually a car chase and scene between Shepherd and Lamson that actually got cut! Later that day, it was one of the hottest days of the season as we shot Noah’s escape scene from Grady. I got to see the walkers in their makeup for the first time, meet most of the cast, shoot blanks out of a gun, experience the sheer magic of this TWD empire, all while trying to keep my cool that I was finally a part of my favorite tv show.

The last day, I remember it well. It was the long walk-and-talk scene where Shepherd tells the group that the trade-off won’t work. We did it a bunch, and already had the shot. I forget who it was, but someone decided it’d be a great idea to trash the last shot- begin the scene like normal, then start joyously skipping our way towards camera. It was an epic way to end my run on the show. Lots of blissful memories. 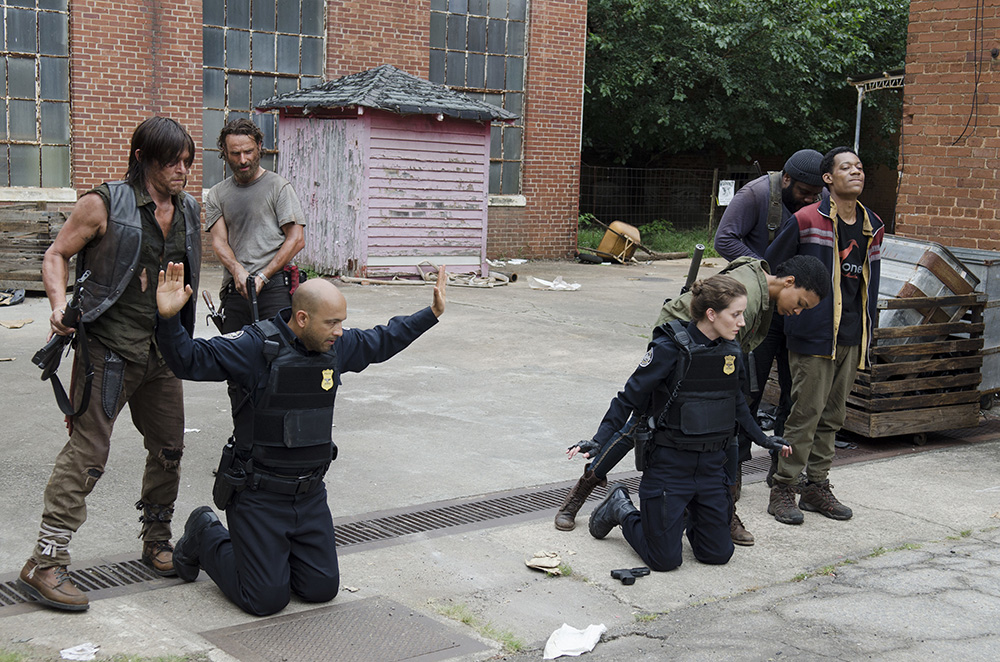 If Shepherd had survived longer on the show, with which characters would you like her to interact with? Is there any actor you’d like to have worked with more closely during your time on the show?

Teri Wyble: I got to know Sonequa Martin-Green a bit, off camera. I remember it being simply a pleasure to chat with her, as well as a breeze to act alongside her. I would’ve loved to see those two characters team up.

Teri Wyble: Good question! The obvious answer is Liberty, the feminist bowhunter from The Hunt. She has good aim.. well.. most of the time. But, I have the most faith in my character named Gal from the feature film Lost Bayou. She has a warm soul, with a tough exterior, reminiscent of Rick Grimes. She wouldn’t go down without a fight.

As much as your stay on the show was short, your character shared a lot of scenes with Rick Grimes, even being kept as a hostage by him. How was it to work with Andrew Lincoln? Every actor says he’s always been pretty receptive on set.

Teri Wyble: Andrew Lincoln was the glue that held it all together, and you felt that from him the moment you met him. I learned so much from watching him- on and off camera. His ability to be this beautiful role model of an actor and a graceful human.

The Walking Dead always had empowered female characters and Shepherd was one of them. How was it for you to act as such a powerful woman? How important do you think this is for other women?

Teri Wyble: All female roles hold power- the difference between them is if the character realizes their power or not. We came upon Shepherd in the beginning stages of her realizing Just what she’s capable of, which is why i found her such a joy to play. 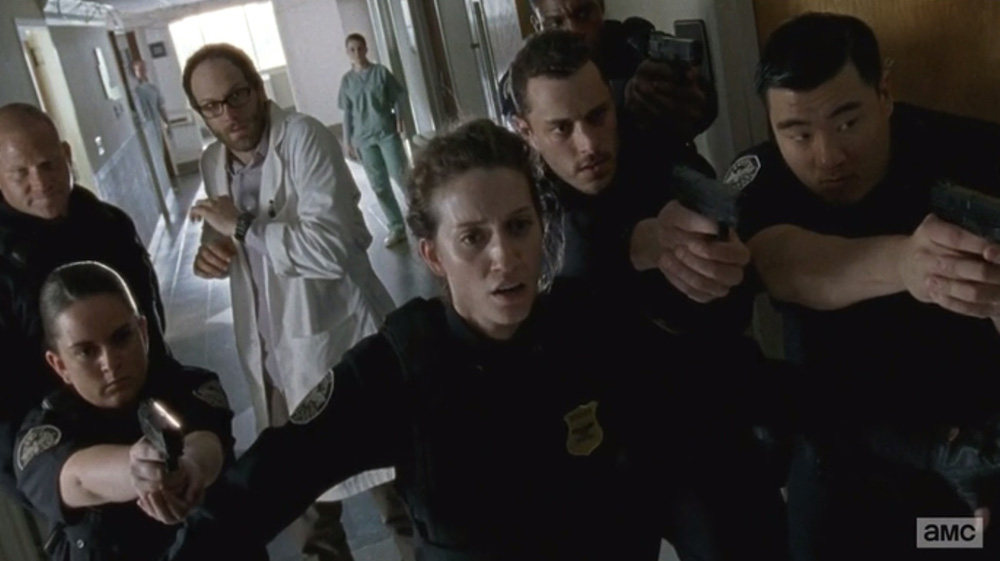 Teri Wyble: The pandemic has, and continues, to hurt the jobs of many of us in tv, film, and theatre. We long to entertain you, to make you cry and laugh, and to tell stories that need to be told. Getting back to basics has helped me stay afloat. Nature. Plants. Meditating. Being good to myself and knowing that I am enough, in this hard time for so many. Gratitude for what I have and for the love that surrounds me.

Teri Wyble: I will occasionally get TWD fan mail- I love hearing from you and Will always write back! I have yet to go to any conventions, but if enough fans request ‘The Grady Bunch’ (as we’ve so lovingly been named), I’d be thrilled to meet you all! Brazilian fans- my heart is with you. Come say hi on instagram!