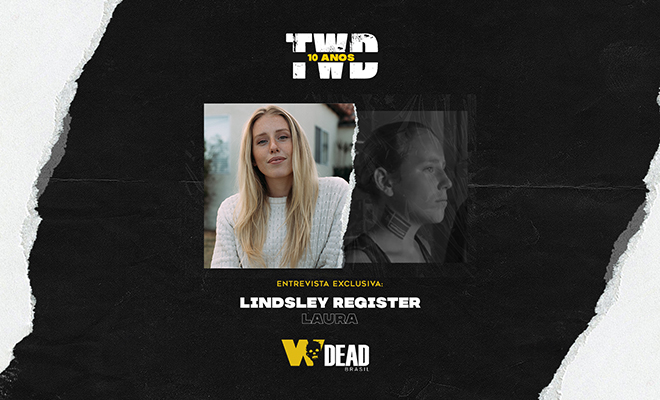 Our guest today is Lindsley Register, who played Laura during seasons 7, 8, 9 e 10. The actress talked to us about Laura having lived on both sides (Alexandria and the Sanctuary), her character’s death and what actor Ryan Hurst (Beta) did to make everything even better; the deleted sex scene between Laura and Eugene and a lot more!

Without further ado, check out our exclusive interview with Lindsley Register:

Lindsley Register: I did know about The Walking Dead before hand. I had hear about this “zombie show” and wasn’t very interested until a boyfriend convinced me to watch the pilot. I thought it was so incredibly well done and watched the show since then. When I got an email from my agent saying I had an audition for the show, I was obviously super excited but I try not to get too excited about big auditions 😉 I put myself on tape at my parents house, did the best I could, and sent it oﬀ. I didn’t think much about it after that. Maybe a week or two later I got a call that I got booked and I was elated. Went right to work two days after I got the call. 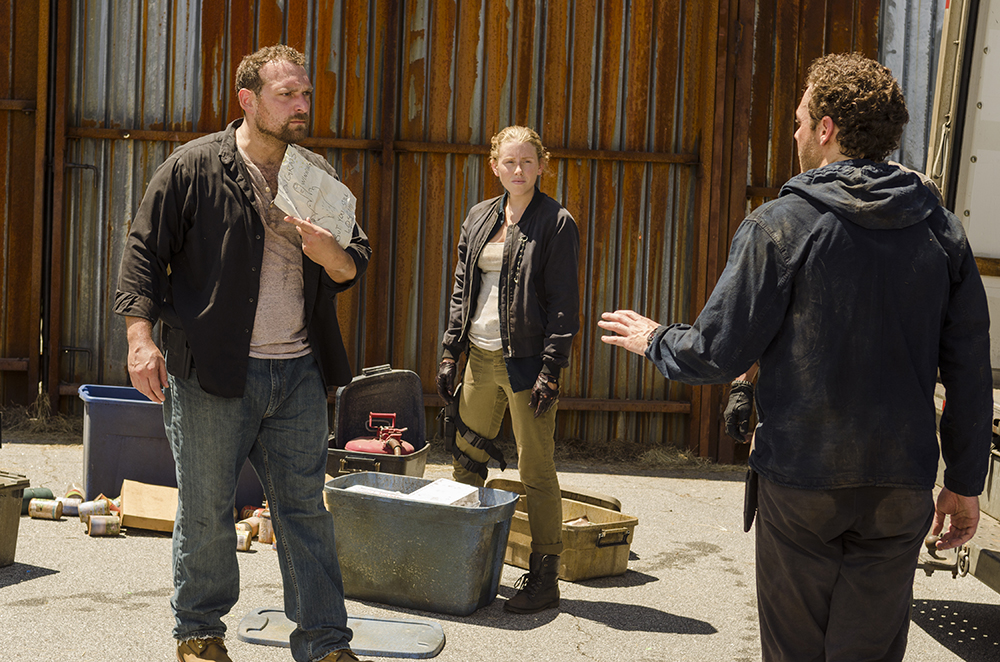 We don’t know much about Laura’s past before the apocalypse and what made her join the Saviours. When you played her, did you come up with some background to help you build up the character? Did the writers tell you something to help with this process?

Lindsley Register: Television shows move so soooo fast. No, they never gave me much back story on Laura. At one point Scott Gimple did tell me that “Laura likes to have fun.” I don’t know that we ever really got to see that note play out. I did a lot of my own back story. I wrote about how Laura was a bartender, her prior relationships, etc.

Laura was a member of The Saviours and behaved as one, despite being pretty cunning and still have some humanity in her. In which moment did she realize Negan’s philosophy was cruel and violent? How would you define Laura’s personality?

Lindsley Register: That’s a hard question to answer. I think Laura always saw the cruelty of Negan but had become desensitized to it as a survival mechanism. Laura is tough, loyal, a soldier. She does what she has to do to get by.

In Alexandria, Laura was welcomed as part of the group and seemed to adjust pretty well. Do you think she found the community life she was craving? In The Saviours, with who do you think Laura identified the most? What about in Alexandria?

Lindsley Register: I think that Laura probably did find more peace being a part of Alexandria. Finally she has this community where she’s not witnessing daily acts of violence by a dictator. She is on the council where things are decidedly fairly and based on the needs of the group. I think among the saviors, she and Arat were most on the same page. They were both willing to acclimate to Rick’s group. In Alexandria, however, it’s maybe Rosita. Laura seems to pair often with other strong women. 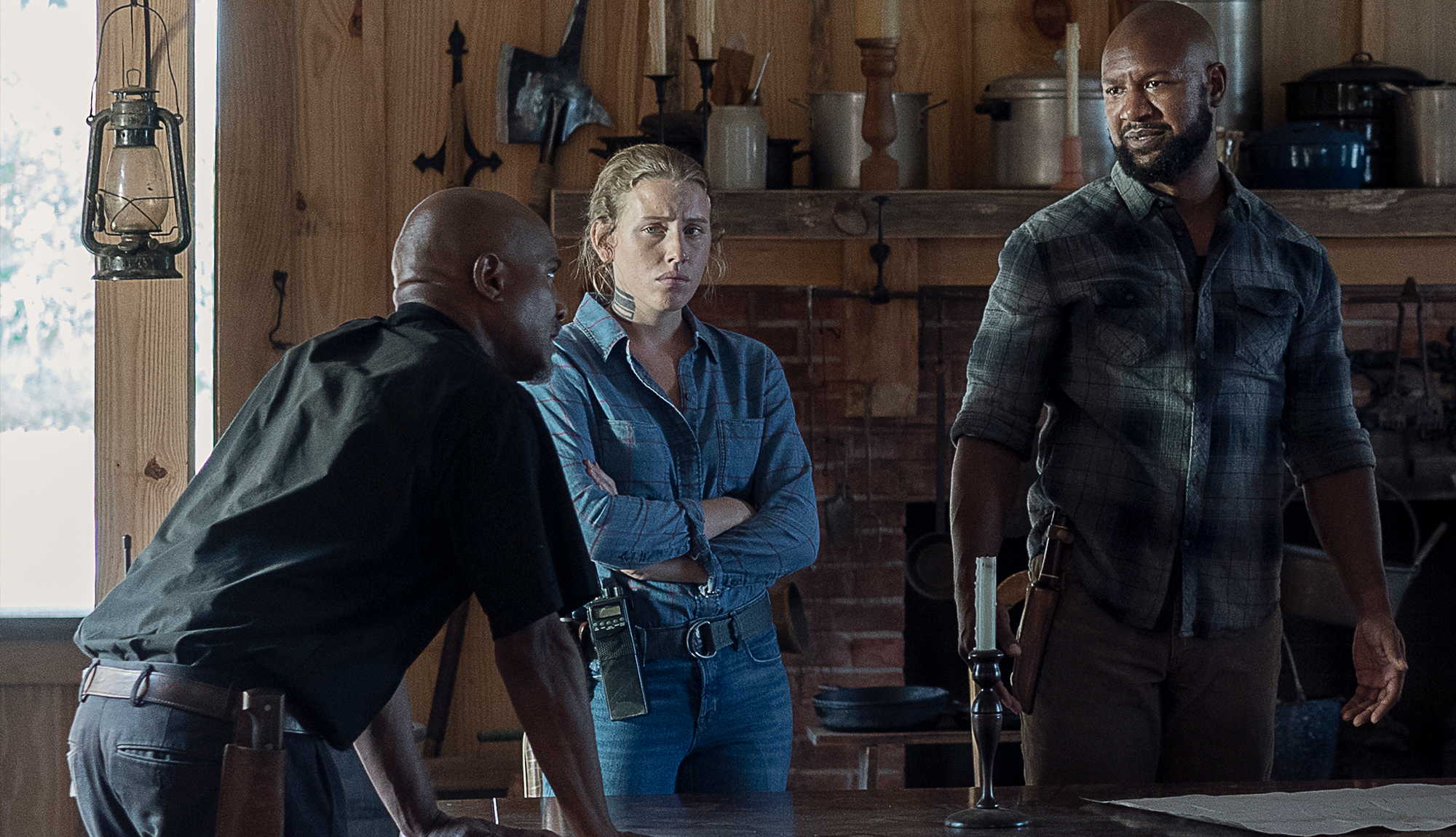 Laura died a hero trying to save Mary/Gamma from Beta. Can you talk a bit about how it was to work with Ryan Hurst? When did you find out Laura was going to die?

Lindsley Register: I found out Laura was going to die maybe a week or so before I was to fly to Atlanta and film that episode. They had booked me a month out for the episode which is highly unusual for the show, and clued me in that this may be my last appearance. Working with Ryan Hurst was wonderful. He’s such a talented actor and was even very involved in making my death scene more meaningful. He asked production for us to have more of a struggle to honor Laura’s death. I’ll never forget that he did that.

You had the chance to be on two of the biggest arcs of The Walking Dead – The Saviours and The Whisperers. Which one was your favourite and why? What nice memories can you share from both sets, the Sanctuary and Alexandria?

Lindsley Register: I think I enjoyed my time more so as a saviour. It was always fun watching JDM, Austin Amelio, Steven Ogg, etc. work and it’s fun to be bad! Laura’s relationship with Eugene during that time was enjoyable to me. I think in Alexandria we saw a more tame version of Laura.

Lindsley Register: The most fun episodes to shoot were the ones when we all got to be together. Having Khary, Cooper, Angel, Sydney, Elizabeth, and everyone around. It didn’t matter what was being shot, it was just always better when we were all there working at the same time. The most challenging episodes to shoot were the night shoots when we were covered in blood. Not being able to touch my phone or a book because you’re so sticky and cold from the fluids they keep putting on you. 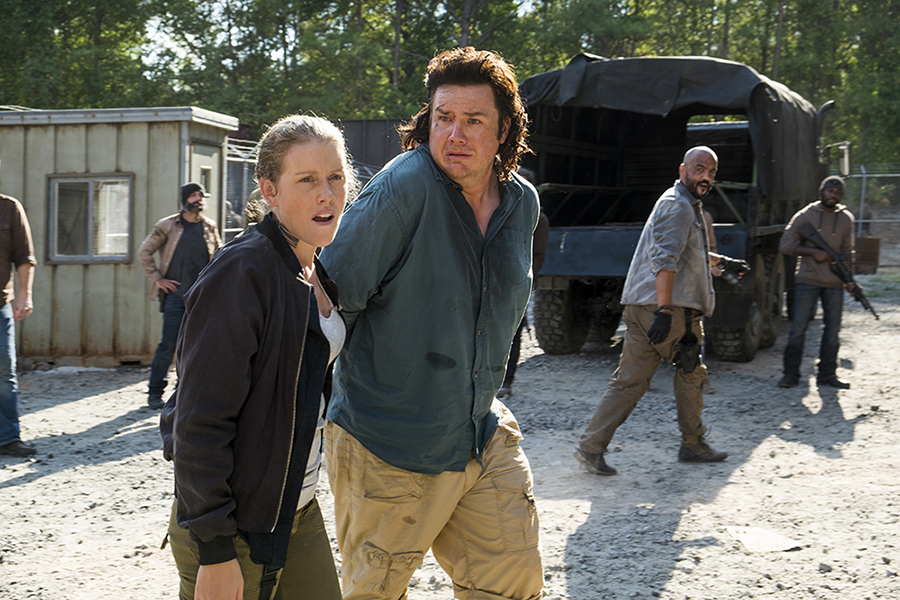 Lindsley Register: My first day on set was incredibly nerve wracking and stressful. I was hurled into one of the biggest shows of all time with little prep time. It was sink or swim. I was even scared on my first day that I wasn’t going to be able to hold my gun in a convincing way. There was so much pressure to not screw up. Things got easier once I caught up to the pace of everyone. On my last day, everyone sent me oﬀ with applause and well wishes. I cried a lot. It was so sacred driving oﬀ that lot for the last time because the show has meant so much to and for me.

If Laura had survived longer on the show, with which characters would you like her to interact with? Is there any actor you’d like to have worked with more closely during your time on the show?

Lindsley Register: I wish I could’ve worked more with Melissa McBride. I’m still blown away regularly by her committed performances.

Lindsley Register: When I got the role, I did look into the comic book Laura just a bit. But I didn’t want to be too influenced by her since on the show we don’t adhere to the comic book storylines/ characters. It was more out of my own curiosity that I looked her up at all. At least SHE made it to the very end. 😉

Recently, Nadia Hilker posted a beautiful picture with you and Alanna Masterson. This warms our hearts because we see the cast as a big family. What did you use to do with the other actors when you were not working? Besides them, did you get close to any other cast members?

Lindsley Register: Me and Elizabeth Ludlow, who played Arat, became good friends and we see each other regularly. I watch her cat sometimes when she’s filming Another Life. We’re practically neighbors. When we’re not working many of us will get dinner and drinks. It’s especially nice to catch up when we’re out of town at cons together.

The Walking Dead always had empowered female characters and Laura was one of them. How was it for you to act as such a powerful woman? How important do you think this is for other women?

Lindsley Register: It was awesome. It felt very natural to me to play Laura, who is strong. I hope that one day it won’t be such a “thing” for female characters to be strong. I think TWD does a good job of normalizing strong women. 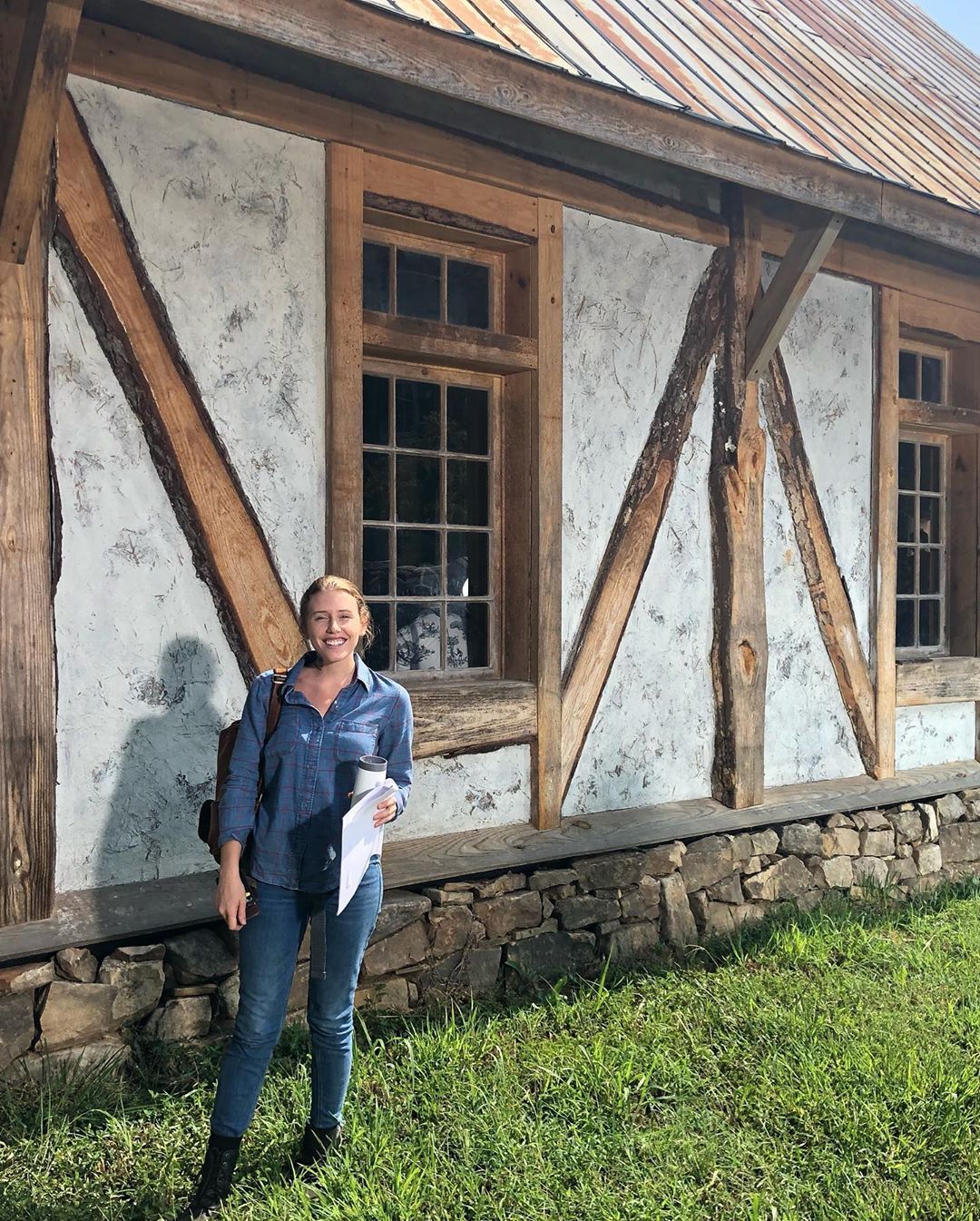 We need to talk about the sex scene between Laura and Eugene that never aired. How fun was it to shoot this scene and work with Josh McDermitt? What behind the camera memories do you have from this occasion?

Lindsley Register: Hahaha, I remember thinking the whole scene was just hilarious when I found out about it. My agents emailed me, “Hey, we need to talk about your limits with sex scenes for TWD.” And I was thinking, “Ummmmm who is Laura having sex with???” The whole thing was very funny and Josh was super professional, and it’s a shame we all won’t get to have a good laugh about it.

Lindsley Register: It’s a very tough time for actors. Everyone is asking when my next project will be and I don’t really have answers for that. It’s an unpredictable time. Obviously I have things in the works, I love to work and continue to, but I can’t say when these projects will make it to fan’s tvs. I’ve been keeping myself busy, trying to make the most of the time, but mostly during quarantine, I’m hoping to give myself lots of grace to just get through this in one piece. It has not been easy.

Lindsley Register: The love ABSOLUTELY reaches us. I’m blown away by the fan support, and regularly I notice fans mentioning that they are from Brazil. I can’t tell you how good it feels for people to enjoy and back your work. It’s the joy of my life to tell stories and I feel immensely grateful to have you all in the audience. Hugs and kisses to all my Brazilian fans. I love you guys.