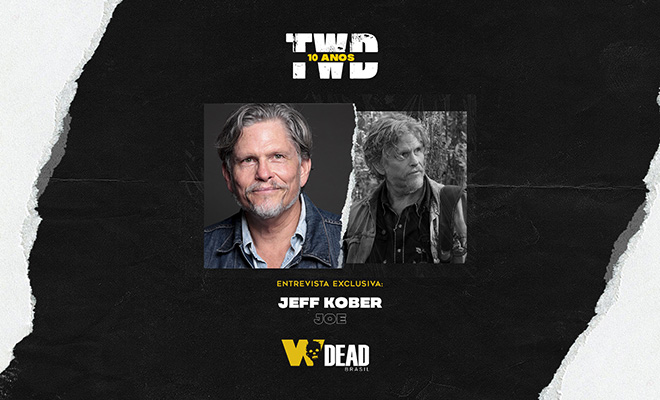 Our guest today is Jeff Kober, who played Joe during season 4. The actor told us about how he created Joe’s personality, about working with Andrew Lincoln (Rick Grimes), about his meditation classes and more!

Without further ado, check out our exclusive interview with Jeff Kober:

Jeff Kober: The audition was one of those that was actually fun to do. My manager sent me the sides and I immediately knew I could do something with the material. I had watched the first season of the show, then got busy elsewhere, so had to catch up. 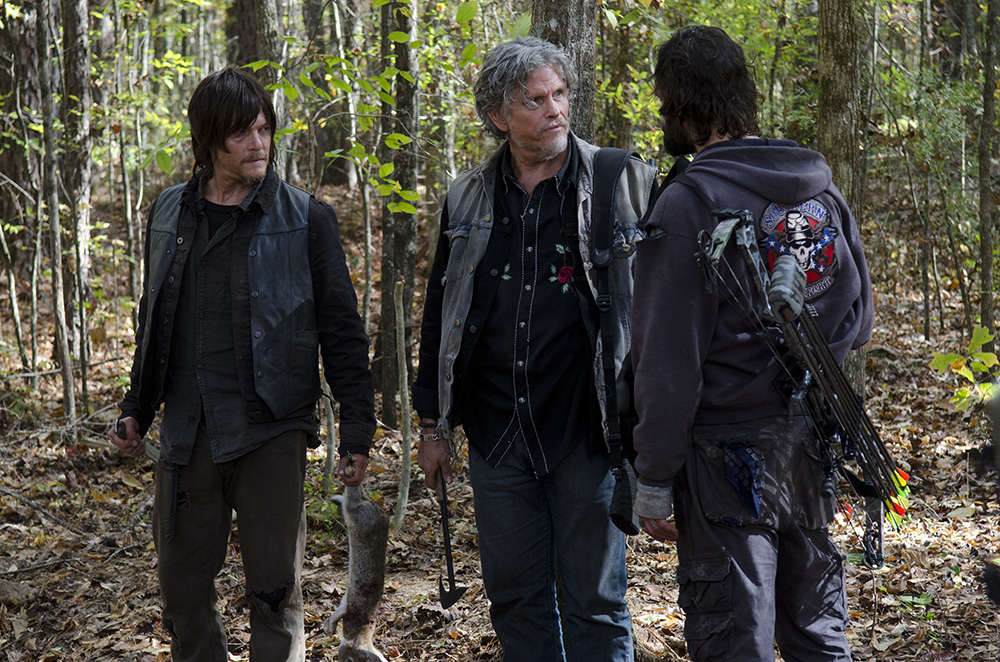 We know nothing about Joe’s past. When you played him, did you come up with some backstory or it wasn’t as important? Did the writers tell you anything about him to help you? Where did you get inspiration?

Jeff Kober: The writers didn’t say anything. I just had to figure he came from somewhere. And have some kind of very practical job, because the ‘rules’ he came up with for his group were so practical. I decided he was an auto mechanic. The inspiration came from the script and from the world of the play. To have to ask yourself the question: if this were the end of the world as we know it, what would you be willing to do to survive?

One of the most intense scenes in The Walking Dead was your character’s death. Joe was bitten in the neck by Rick Grimes. How was it to shoot this scene? Did you get any special makeup? And how was it to work with Andrew Linlcon?

Jeff Kober: That scene was the last one I shot. We shot all night, ending just before the sun rose. It was very cold. The scene was intense. And clearly important to the storyline of Andrew’s character. We worked together well together. He would fill his mouth with raw chicken and fake blood, then they’d would be adjusting one more light. We were standing there with our arms around each other. I’d have to speak for him, remind people that he was suffering. I can only imagine it was nauseating to hold all that in his mouth so many times.

Then they turned the cameras around in my direction and I had a fake neck piece with tubes ready to squirt blood.

Andrew Lincoln is one of the most gifted actors I’ve ever worked with. He was kind to everyone, always committed 110% to whatever we were doing, being just one of the guys. But so present and so much fun to act with. He’s really quite special. 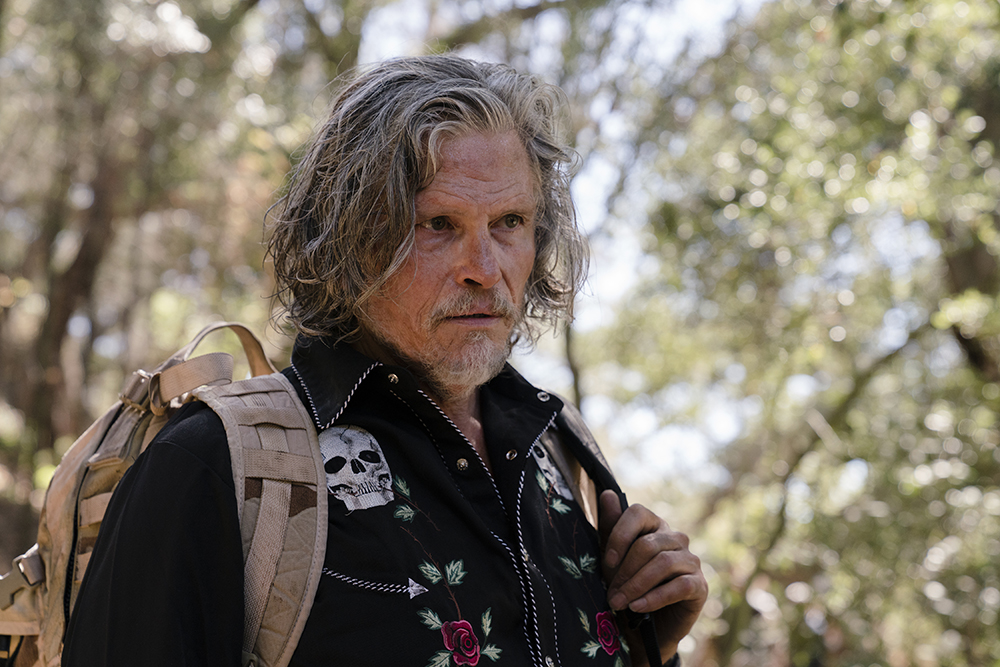 Joe’s time on the show as a villain was very brief, but still remarkable. Was it complicated to play a villain in such a big show as The Walking Dead? How did it feel?

Jeff Kober: It wasn’t really complicated. One scene at a time, everything Joe did made sense, given his view of the world and the things that were occurring around him. And the show isn’t ‘a big show’ when you’re working on it. It’s just a story you’re helping to tell, a character you’re emodying who interacts with these other characters.

Besides the main show, you were also in one websode: “The Walking Dead: Red Machete”. How was it to come back and play Joe, even if for a short time, years later? Can you talk a little about how was the process of recording the websodes?

Jeff Kober: The webisode was very quick. One afternoon for my part of it. It felt like an old shoe. Very comfortable to put on.

Jeff Kober: The most fun was when I spent the time talking to Daryl, telling him my philosophy of life. Walking down the railroad tracks with Norman Reedus, who was as much fun to shoot with as Andy.

Jeff Kober: The first day, I was in one scene. Had a lovely talk with Greg Nicotero beforehand, trying to convince him they should keep my character around. Met the writer, Nichole Beattie, the producer, Gale Anne Hurd. Everyone was very welcoming. When I was finished, they were very gracious. I was treated well from start to finish. It really is one of the tightest cast and crew I’ve ever worked with. 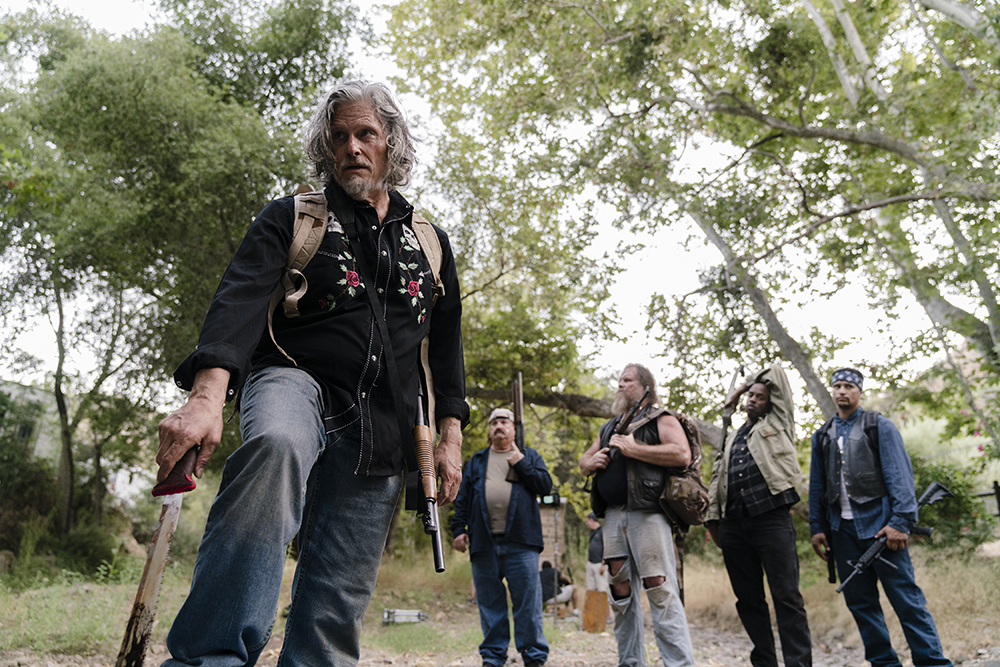 While you were in the show, did you get to know the aspects of directing, special effects, etc.? If you had the chance, would you like to direct an episode of the show?

Jeff Kober: Directing is too much work. I prefer writing.

Jeff Kober: Everyone dies. It seems like the inevitable outcome of a virus the kills so indiscriminately.

Can you talk about your latest project, Big Dogs? Unfortunately, the show didn’t premiere in Brazil, but we’re already excited to see you back on the screens! What can we expect of the show and your character, Captain DiBiasi?

Jeff Kober: Big Dogs is based on a set of books by Adam Dunn that describes an alternate universe in which the banks weren’t bailed out in the financial crunch, and large section of New York are fenced off and lawless, and other sections are just barely controlled by the police. I’m one of the police that’s still left, and I work mostly with Brett Cullen’s character, trying to figure out what the hell is going on that we aren’t privy to, and what we should do about it. Tony Glazer and Summer Crockett Moore produced it, Tony wrote it and directed two of the eight episodes. They’re old and dear friends and endlessly talented. It was a lot of fun.

Besides acting you’re also a meditation instructor. Can you talk a little about how it works and how you balance it and you acting career?

Jeff Kober: Meditation works by finding the place inside where we’re not so much at the mercy of stresses in our lives. It’s essential for me to have the practice, especially as an actor, where you’re being rejected so much of the time. Meditation helps you to not take that so personally. And it gets you in touch with the place inside where all the good creativity flows from.

Teaching meditation also is a big help to me, because if I’m telling someone else about it all the time, I’m reminding myself all that time, too. And I need the reminders, constantly, that life is about so much more than money or recognition or a job.

Jeff Kober: I’ve been working on a show called General Hospital. We stopped working for a few months, but have been back at it for almost two months now, everyone getting tested almost every other day. When I’m not at work, I’m usually at home. I’m writing a book, and also I’m a photographer, so there’s always something for me to be doing that I can do without being exposed to COVID19

Jeff Kober: I had no idea there were such great fans in Brazil. Thanks for caring. Peace and love