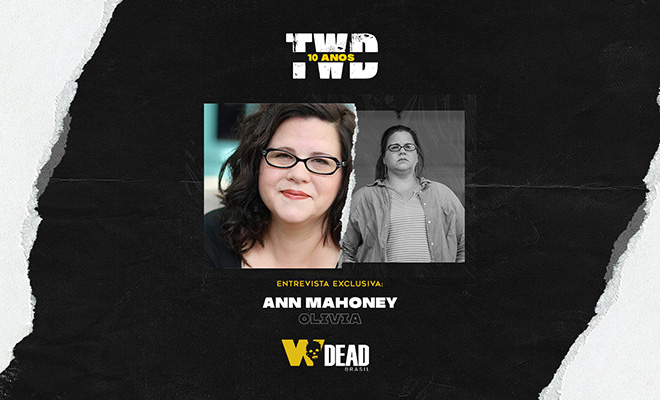 Our guest today is Ann Mahoney, who played Olivia during seasons 5, 6 and 7. The actress told us about how she got the role in the series, about how she developed Olivia’s personality, about working with Jeffrey Dean Morgan, about the scene where Olivia slaps Negan and more!

Without further ado, check out our exclusive interview with Ann Mahoney:

Ann Mahoney: I knew the comics, not the show. I had two little kids when I auditioned: one was barely 2, and the other was 7 – so I wasn’t watching a lot of TV that wasn’t animated kids’ shows. My agent called me to audition. As you know, TWD doesn’t give out real scripts for auditions, so I had a script they wrote for the audition. They also don’t tell you your character’s name either. So, I taped the audition and sent it in through my agent. I was booked from that tape. 🙂 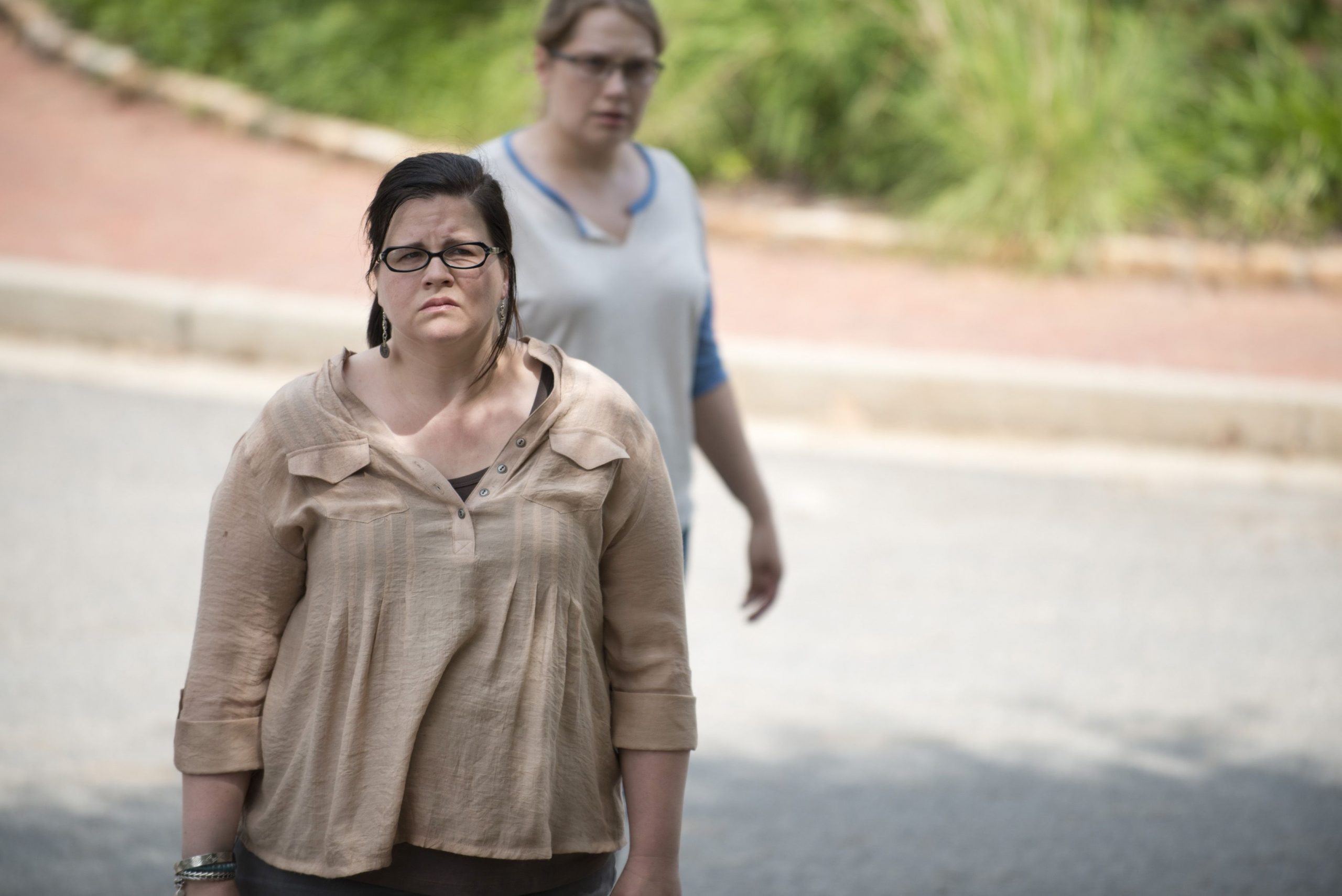 In the comics, Olivia makes it until a little later, being killed by the Whisperers. Did you read or research about the character to play her or did you keep it on the scripts? What was your inspiration to create Olivia’s personality?

Ann Mahoney: I had the comic books so I went back and looked into those once I knew WHO I would really be portraying. But I didn’t find out who I was playing until I came to set. Then, I was able to look up OLIVIA and get an idea of her story. I took everything from the comic book that I could, they called her a gossip, and trustworthy in the comic. The rest developed as I did my character homework. I keep a homework notebook for every character I play, with their background, family history, etc. So, her personality developed from those two sources, and from consultation with showrunner (at the time) Scott Gimple, and producer Greg Nicotero.

Can you come up with one thing you and Olivia have in common? What about a difference between you two?

Ann Mahoney: In common: Olivia and I are both very trustworthy and honest.

Difference: I have a lot more confidence about myself than Olivia does, and I am a Mama Bear through and through – I will fight back if anyone threatens me…. the FIRST time.

Olivia is a very kind and genuinely good person, who lived in complete secure conditions for a long time within Alexandria walls. How would you say Olivia felt about Rick’s group arrival? Did she see them as a threat or as a good addition to the community? Either way, why do you think she felt like that?

Ann Mahoney: I think she had some trepidation at first. In the apocalypse you learn not to trust anyone. But Olivia would have had a great deal of HOPE that they would be good people. Because Alexandria was a good place, and we needed more good people. 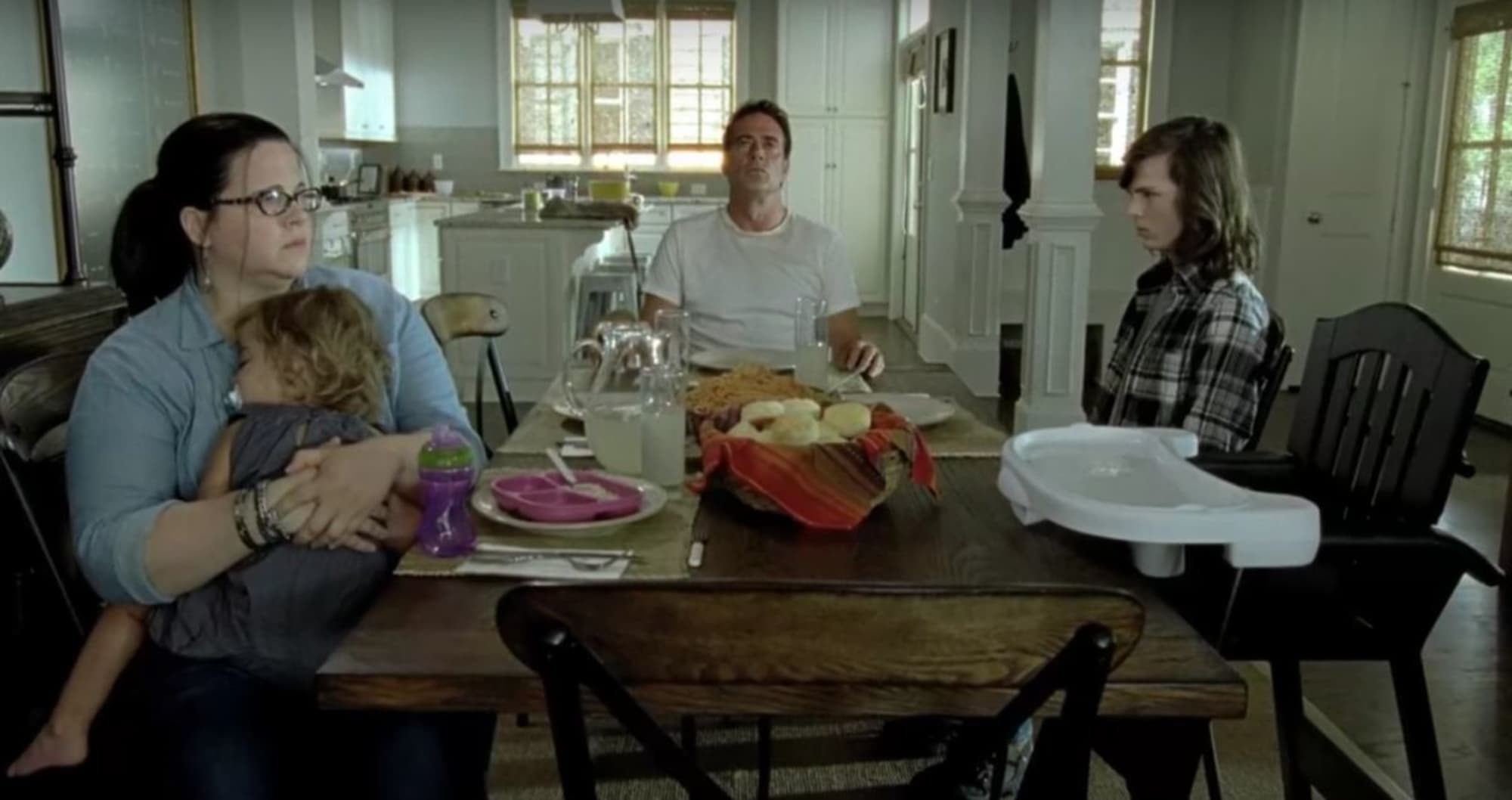 During the Wolves invasion to Alexandria, Olivia faces for the first time a real threat to the post-apocalyptic world as she knew. Although she was very scared, she was determined to protect herself. Would you say this was the moment Olivia realized that there was more to the world than the Alexandrian governors let the citizens know? How do you think Olivia felt about the Alexandrian life?

Ann Mahoney: I think Olivia had a real life pre-apocalypse so she had an IDEA that the world wasn’t a perfect place. But the invasion of the Wolves was definitely horrifying. She had never seen humans, en masse, be so brutal and indiscriminate in killing. I think Olivia represents a lot of the way MOST of us would respond initially in this type of situation. She was scared, but realized that she didn’t want to DIE – and if she was going to LIVE, she needed to be brave and protect herself. I think Olivia was content in the Alexandrian life. I think she was the type of person who found beauty in simple things. A cup of coffee. A square of chocolate. A joke with a friend.

How and when did you find out Olivia was going to die? We kinda suspected it when she started to take care of baby Judith. Everyone who ever took care of this baby died, did you notice that?

Ann Mahoney: It was about 6 weeks before I shot my final episode. Scott Gimple called me at home on a Sunday. I knew instantly. I DID notice that everyone who took care of Judith got a death sentence LOL. Scott knew Olivia’s death would be shocking and sad – and he knew it would show the real inhumaneness of the Saviors. That was important.

Carol and Olivia developed a kind of friendship as Rick’s group started to adapt to Alexandria. What made Olivia trust Carol? And how was it to work with Melissa McBride in the development of the characters?

Ann Mahoney: I think Olivia sees another single woman making her way in Carol. And she sees some trauma in her. She also sees someone she wants to be MORE LIKE. Olivia, I think, wanted to be as brave as Carol was. Melissa was so welcoming to me, and I am so thankful I got the chance to work with her often. She is a really special human being.

When Negan goes to Alexandria to wait for Rick at his own house, Olivia gets shaken by his presence and disrespectful and abusive posture. Still, she was strong enough and even slapped him in the face. What did she fear most in that moment? And what memories do you have from shooting this scene and working with Jeffrey Dean Morgan?

Ann Mahoney: I think it’s what most women who are not very slender think when a man dares to suggest that she would be “blessed by getting to have sex with him.” How dare you? How dare you think I have no options, just because I am not a size 2 woman? Olivia has options, believe me. People in Alexandria, including MEN, liked her. I think the slap comes out of a place of deep disgust and dismay – as if to say, “Who the fuck do you think you are?” AND “I would never lower myself to have sex with a monster like you.” I think she lOST all her fear due to that rage in the moment, and then she quickly realizes what she did….. and fears she will reap some horrific consequences.

Shooting that scene was a blast. JDM is a prince, and truly was like the Richard III of that show – in that he had an extraordinary number of lines to learn in a short amount of time. He was a doll and funny and fun when the cameras were off, and terrifying and charming and powerful when they were on. I would love to work with him again on anything. I loved every minute of it.

Ann Mahoney: I had the most fun shooting the slapping Negan episode. Close second is the WOLVES invasion. BECAUSE I love transformational moments in REAL life – as well as in character life. Moments when someone is pushed to a place where they have to change…. and they can never go back.

Ann Mahoney: My first day on set was so very welcoming. Steve Yuen had me sit next to him at the table with all the leading characters. Sometimes, the lunch room on set can feel like a middle school cafeteria…. the cool kids sit here, the nerds sit here, the losers sit here…. Wasn’t like that on TWD. Very welcoming. Scott Gimple, Greg Nicotero both assured me of their full confidence in my abilities. The props master John Sanders was so kind to me…. taking me to get my eyes checked and new glasses made for me (since they ended up using my own personal glasses for the show.). Andy Lincoln made it a point to come over to me, where I was working in my homework notebook, and ask me questions. It felt like I was being welcomed in as a new player on a team…. great stuff.

My last one – it was sad but wonderful. I was shooting on SUN RECORDS (playing Gladys Presley) simultaneously that summer, and so was back and forth between Memphis (SUN RECORDS) and Senoia (TWD) and so there was no real time after my last episode for any sort of celebration. BUT, michael satrazemis was directing – and he is such an ace – being on set with him is just easy and he somehow maintains such intensity while still making it feel like we’re all having fun. Andy Lincoln wasn’t called that day, but he came to set to say goodbye to me. It was so stellar of him. He told me I had really made an impact. 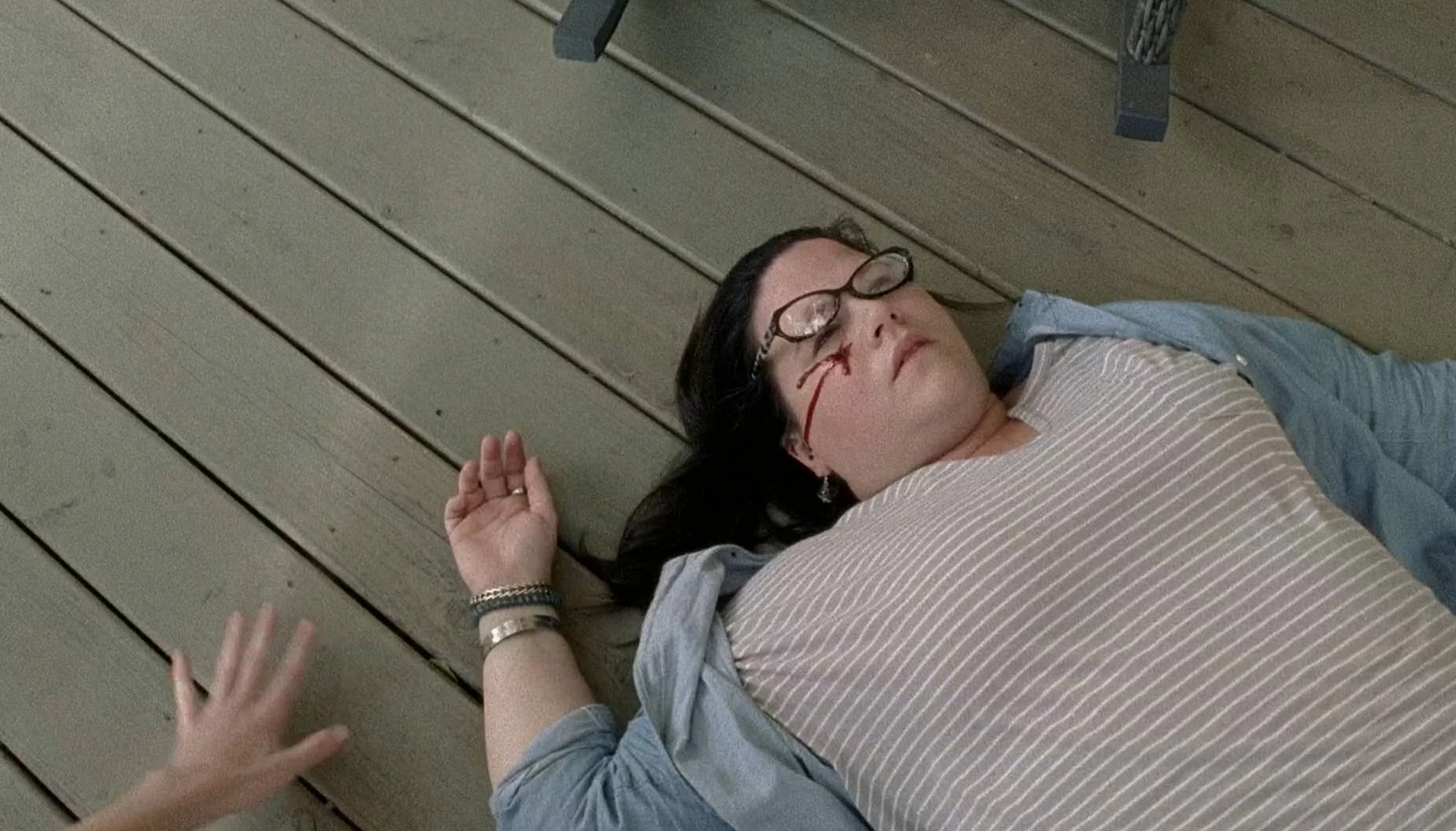 If Olivia had survived longer on the show, with which characters would you like her to interact with? Is there any actor you’d like to have worked with more closely during your time on the show?

Talking about a zombie apocalypse… What would Ann Mahoney have in her survival kit? Choose 5 indispensable items! Would you be more of a community survivor or a lone wolf?

Ann Mahoney: Community survivor. I have kids – and I would protect them at all costs. I think I’d have some way to make fire. Tablets to purify water. A gun. LOTS AND LOTS of ammo. And SEEDS. 😉

Ann Mahoney: Been doing my best. It’s been hard. I am so thankful for my amazing kiddos. They are the sunshine in my life. And my parents and my extraordinary friends….. I am so lucky that way. I am eager to get back to work though. I am happier on set.

Ann Mahoney: YES is DOES! I wish I could come there and meet all of you!!! Thank you!