WalkingDeadBr: You’ve worked in many series as FlashForward, Numb3rs, Chuck, and others. Do you see any difference in them if compared to The Walking Dead? In the sense of grandeur of the series and their performance?

Adrian Kali Turner: Well, the subject matter was quite different. My character was not in any danger in any of my other roles. In The Walking Dead, my character was in danger and could lose his life. Also, in The Walking Dead, I played a different type of role because I was required to be a lot more dramatic. The majority of the other roles were comedies. The only other role that came close to this was when I played “Joel” in the Hollywood/Bollywood film, “My Name is Khan.” In that movie, my character also faced a dangerous situation.

AKT: Duane is a good kid. He is very well-mannered. Duane is definitely a young kid. But, the zombie apocalypse forces him to grow up very fast and protect himself. He also feels like he has to protect his dad. Duane still wants to do kid things like play outside with his friends. So, he is sad that he cannot do this. Duane thinks about his mother more than he lets on. This also makes him sad. When he thinks about his mom, he also feels anger towards the zombies.

WDBr: For those who followed the comic, know the Duane’s destiny in history. However, Robert Kirkman said in an old interview: “If you need to kill Rick to make the story becomes even better, we kill!” So, we can see many changes between the comic and the show, which was revealed by Robert. So the question that I would like to do is: Does Duane would be prepared to lose his father and live “alone” in the midst of Zombie Apocalypse?

AKT: That’s a hard questions. Since Duane already lost his mother, he would be devastated if he lost his dad, too. But he would definitely be able to survive. His dad has taught him so much about survival. Duane would feel that his dad wanted him to keep fighting to survive. His dad taught him how to use weapons and survive in the wilderness. His father taught him to persevere and “kick butt.” Also, Duane is pretty eager to start using a gun to kill zombies. So knowing that he can begin using a gun will keep him pumped up and ready to fight off zombies.

WDBr: Duane and his father were in a fragile situation, with few supplies and weapons, you’d think with the arrival of Rick there was more hope for them that there are survivors in this apocalypse of the undead?

WDBr: Duane and Morgan opted to stay, while Rick went to his destiny to find his wife, do you think that was a good choice to preserve their survival?

AKT: No. It would have been better for them to go with Rick because even if Rick did not find his family, the three of them together would have a better chance of fighting off zombies. Plus Rick had access to more weapons. But, Morgan and Duane stayed because they didn’t want to leave the mom. I can understand that. The mother kept coming to this house, and this gave Duane and Morgan hope that she knew who they were and would get better one day.

WDBr: Morgan, as dad, is fearless and does everything to rid your child of these “freaks” behind the scenes, how’s your relationship with Lennie James?

AKT: It was great. He really was kinda like a dad to me. He even called me son when were just hanging out on set. We shared stories about our families and friends. Did you know that he really has a strong British accent? That is how awesome of an actor he is. You couldn’t even tell. He has two daughters. So, he could definitely relate to kids. I’d like to visit him in London, one day.

WDBr: About the choice of paper, how was your test to join the cast?

AKT: First, I submitted a video tape of myself because we were in Los Angeles at the time. I was working on another project. After I submitted the tape, I was called to come to Atlanta to meet with the casting director and producer. Following that meeting, my agent called me to tell me that I had the job. The great thing about it all is that I live in Atlanta. So, I got to be home for a few weeks before heading to Los Angeles. I am very honored that Mr. Frank Darabont and Ms. Gale-Ann Hurd saw me as Duane.

WDBr: What made you create interest in playing Duane?

AKT: I have always had a genuine love for comic books. But, I had never read The Walking Dead, before. As soon as I heard about the audition, I immediately went to the bookstore and bought a few issues of “The Walking Dead.” After reading the comic, I immediately fell in love with the story and character Duane and knew that I wanted to play Duane. The story was very interesting and different. Duane’s character was also very different from many of the other roles that I had played. I like playing characters that get to show different emotions.

WDBr: Duane is in the situation that he has to “accelerate” their growth in a way to survive in a world overrun by undead. How to play a character like that?

AKT: I try to become Duane as much as possible by putting myself in his situation. I try to think of the most dangerous situation I have been in and I go there. This makes it real to me. I thought about how I would feel if I lived in a house, knowing that there were monsters or zombies outside waiting to attack me. I thought about how said I would feel if I lost my mother. This helped me prepare for the sad scenes. I also thought about how angry I would be at the the monsters that took away my mom. I would be really pissed off at them for doing that. So, I could not just feel sad and do nothing. I knew I had to act very mature in protecting myself and my dad.

WDBr: It reflects in your personal life?

AKT: In my personal life, I am sometimes in situations when I have to act mature. Sometimes I may want to cry and fall apart when I must choose not to cry but think out the situation and move forward.

WDBr: If the zombie apocalypse actually happened, you think you could survive? Would some sort of plan, or wouldn’t know what to do?

AKT: Yes. I would survive. I think that I would definitely know how to beat a zombie over the head with a shovel. I would know how to hide from the zombies. I would know how to board up the windows in a home and even cook a can of beans. I would know that I must avoid a crowd of zombies because the crowd is more dangerous. I can definitely take out one zombie at a time. Also, I would know when to stay inside because the zombies are more active at night. This would make it easier for me to avoid them. I would also build my dream weapon of choice, which would be a motorcycle with a stick taped across the handlebars and two chain saws on each end. Then I could ride through a crowd of zombies and cut them up. That would be fun.

WDBr: You already knew or followed the comic The Walking Dead?

AKT: I started reading the comic when I learned about the audition. I now own every volume in hardback.

WDBr: If you don’t, is following now? What are you thinking, agree with the fans who say the comic is superior to the series, or believes that the series really did a better job?

AKT: The comic is awesome! But, the series was done very well and stuck to the overall storyline. There were a few differences, but the differences did not really change the story. If the series had changed the story a whole lot, then I probably would have said that the comic is superior.

WDBr: Did you visit Brazil? If not, wanna?

AKT: No. I have never been to Brazil.
Definitely. I would love to visit Brazil. I hear that it is a beautiful country. My passport is current and I am homeschooled. So, I am ready to go whenever.

WDBr: The fans here are crazy about The Walking Dead and the cast! We are hoping to see more of Duane and his father in this season!

AKT: Me too! Tell all of the fans to send letters and emails to the AMC office in Hollywood, asking for more of Duane, Morgan and Duane’s mom.

WDBr: Did your parents supports you in your career?

AKT: Yes. My parents are my biggest fans and supporters. They are the ones who made it possible for me to pursue my dream to be a performing artist.

WDBr: How’s the relation work-family to you?

AKT: It is great. Either my mom or dad is always on set and travels with me. So, we are together all of the time. Also, I am homeschooled. This makes it easier for me to audition, work and travel. This is not work for me because it is so much fun.

WDBr: Last but not least, would you please send a ?hi? to your brazilian fans, sending a video or a photo, recommending our the best brazilian fansite (www.walkingdeadbr.com)?

WDBr: Thank you for the interview, Adrian! In Brazil’s wish you much success! 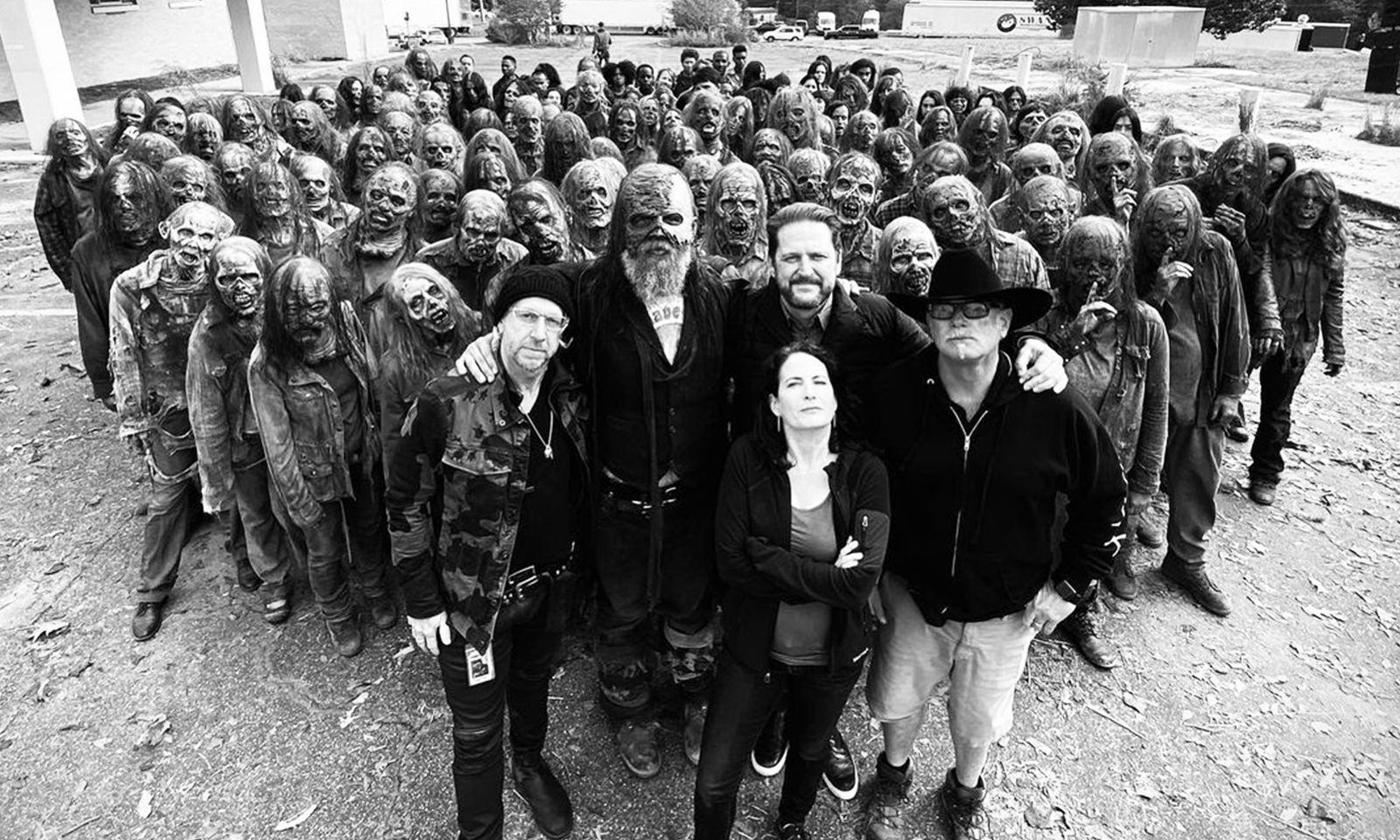 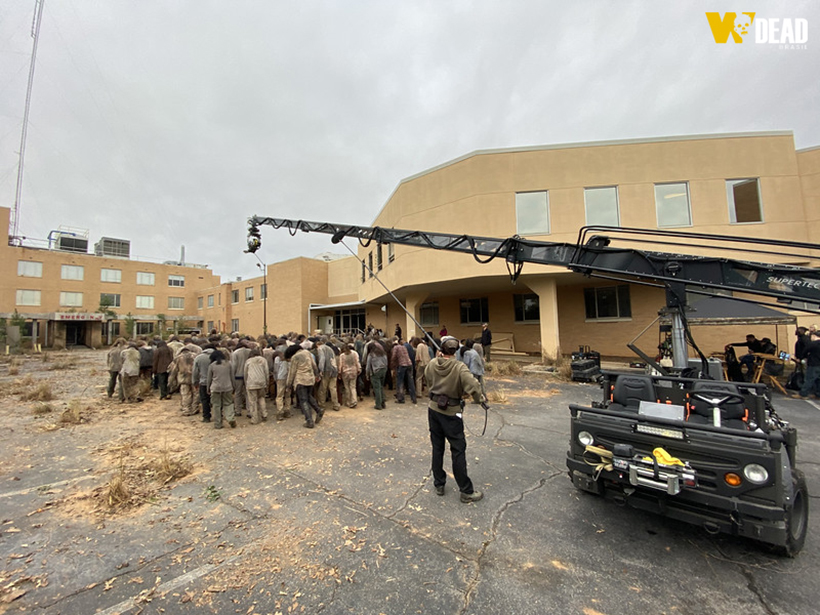 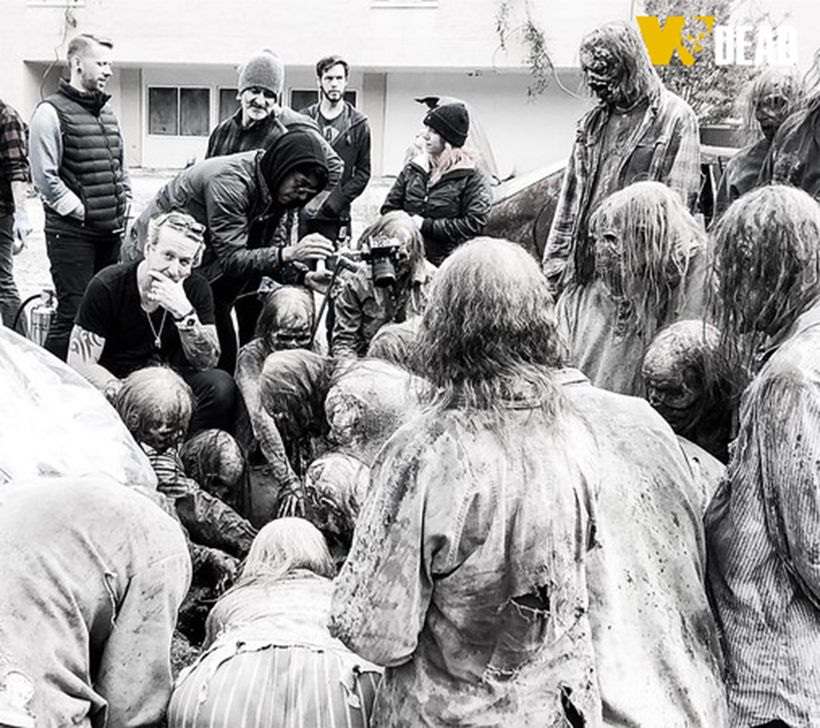 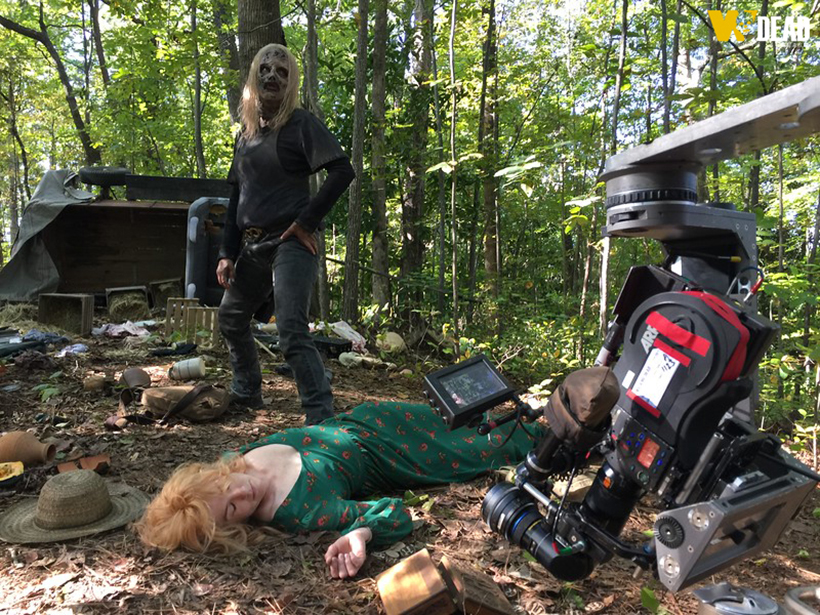 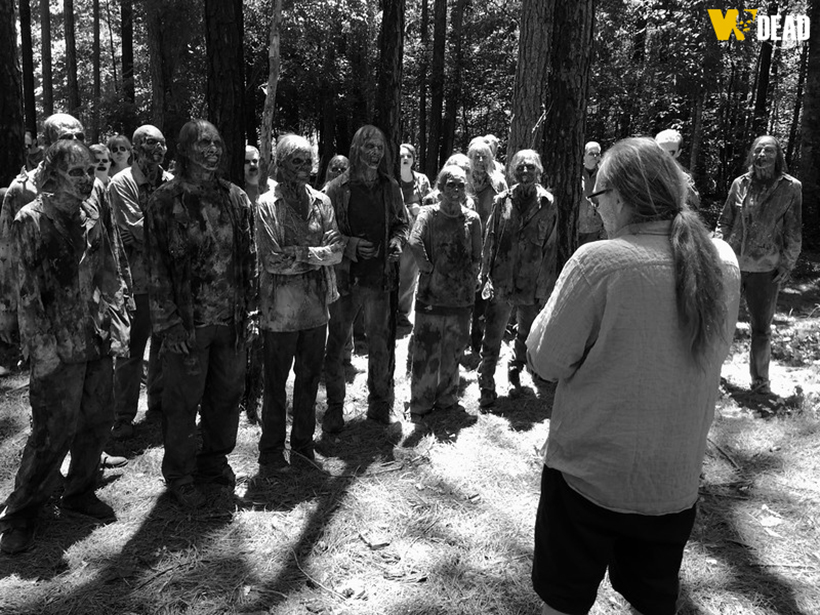 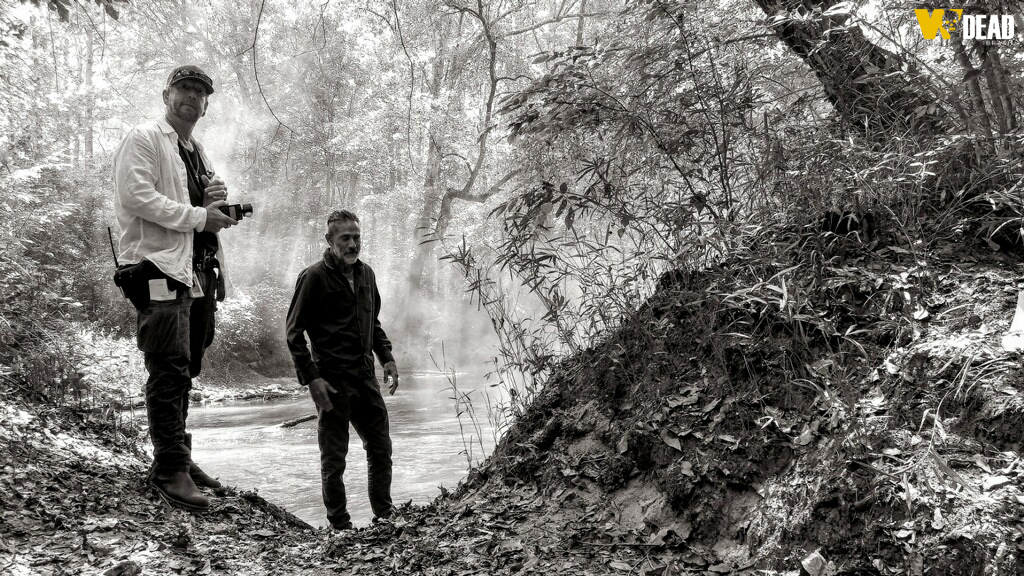 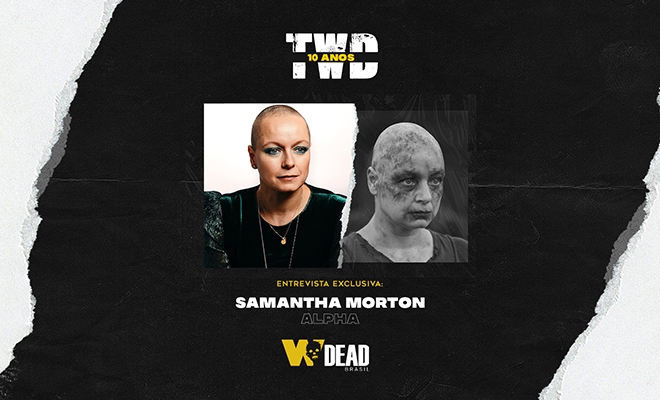 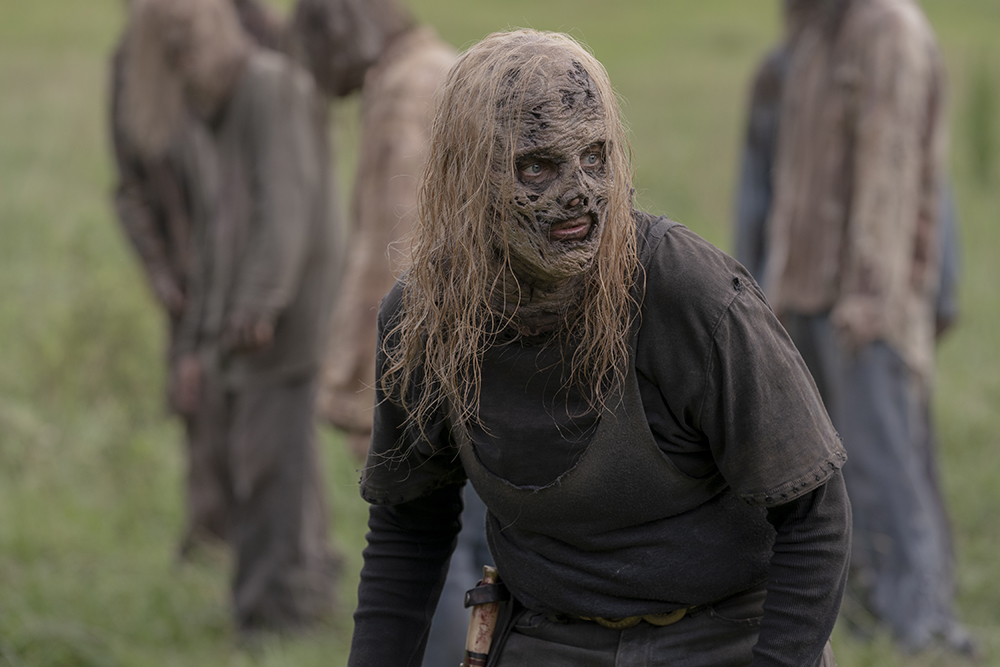 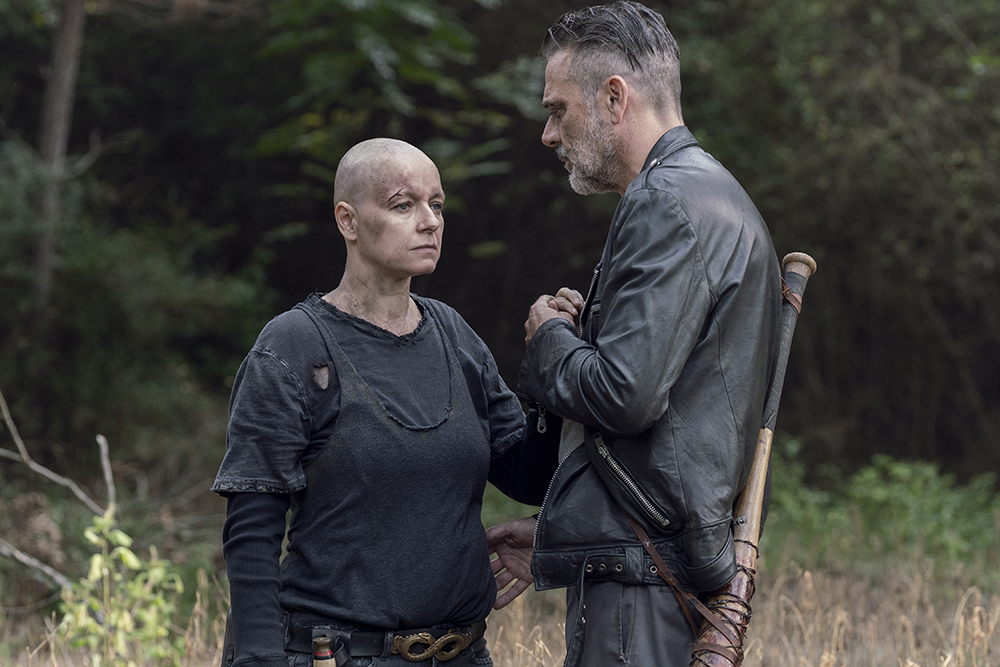 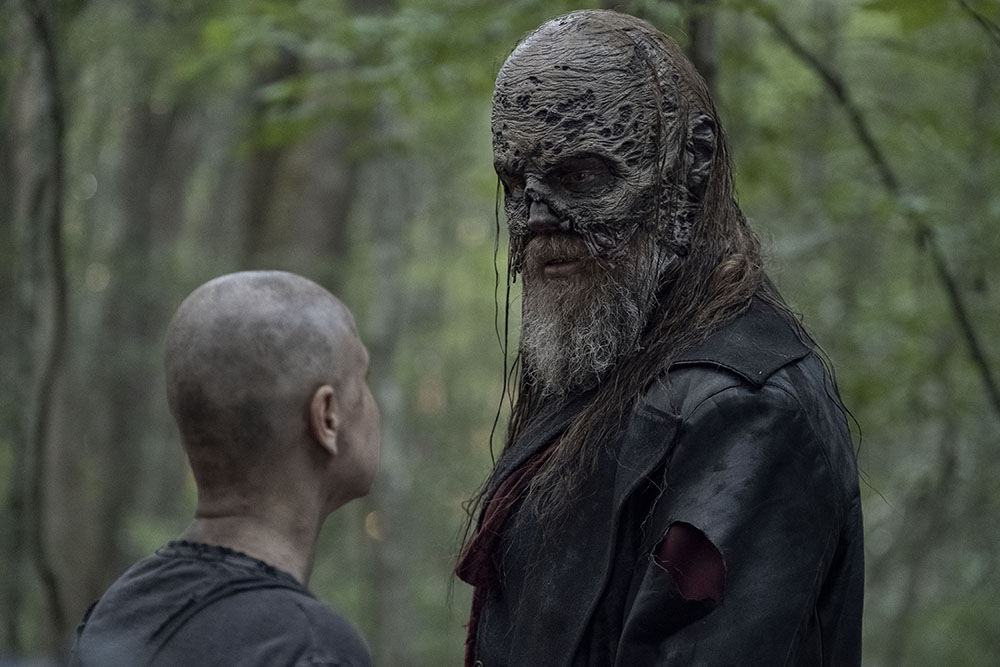 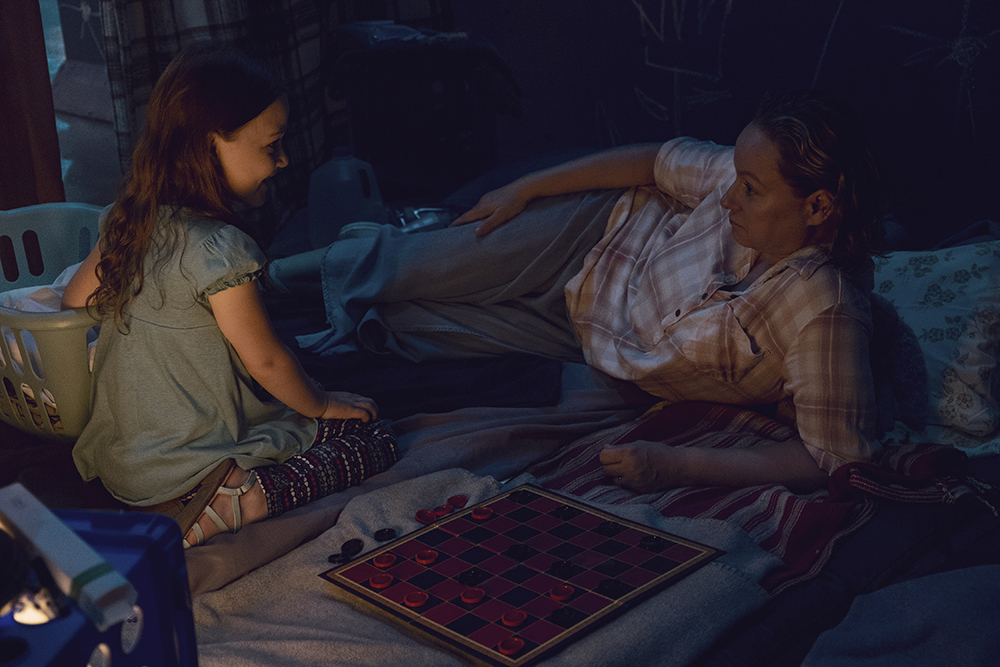 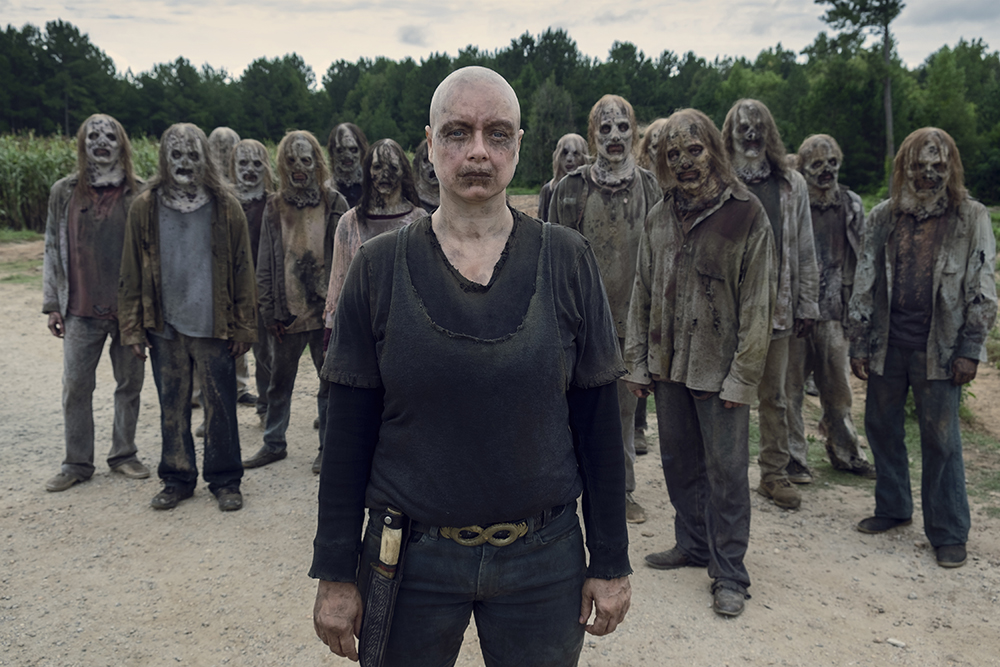 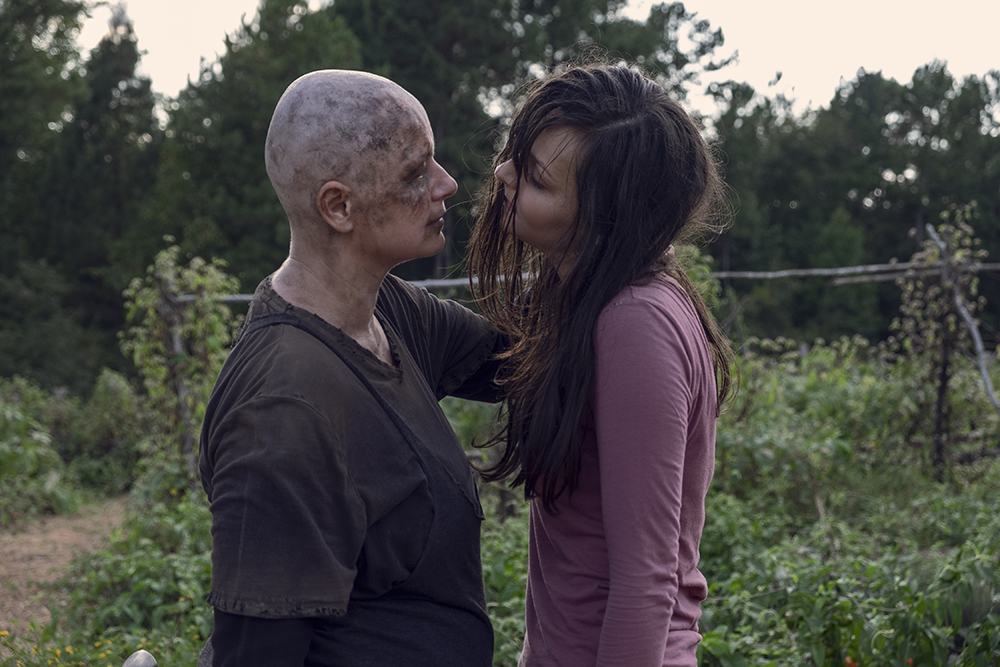 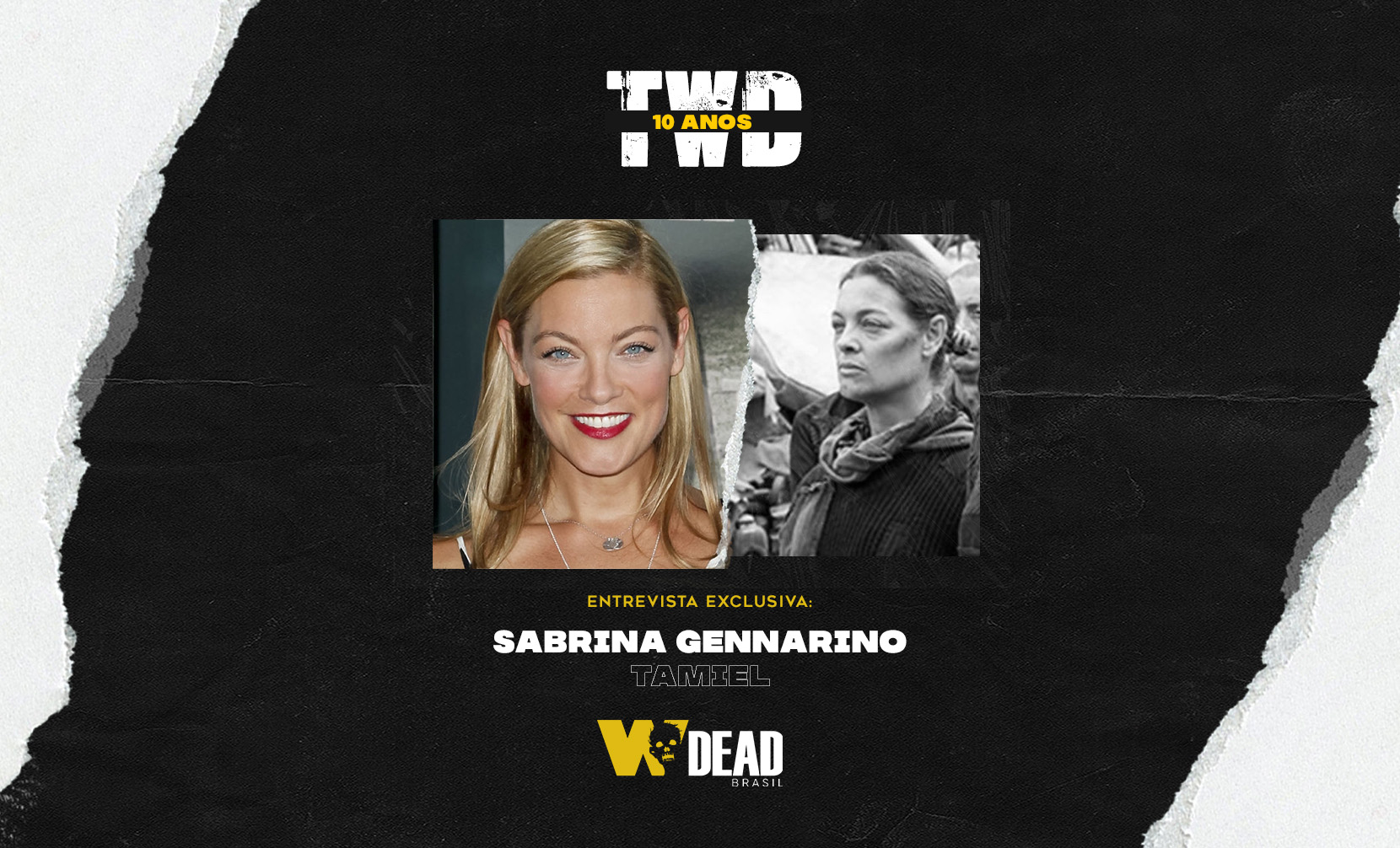 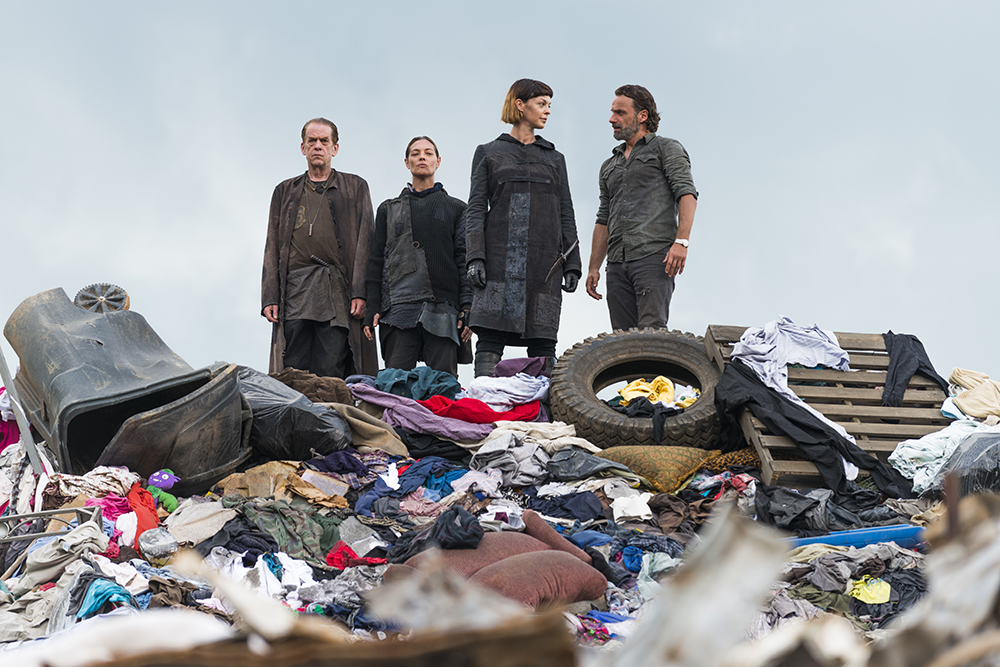 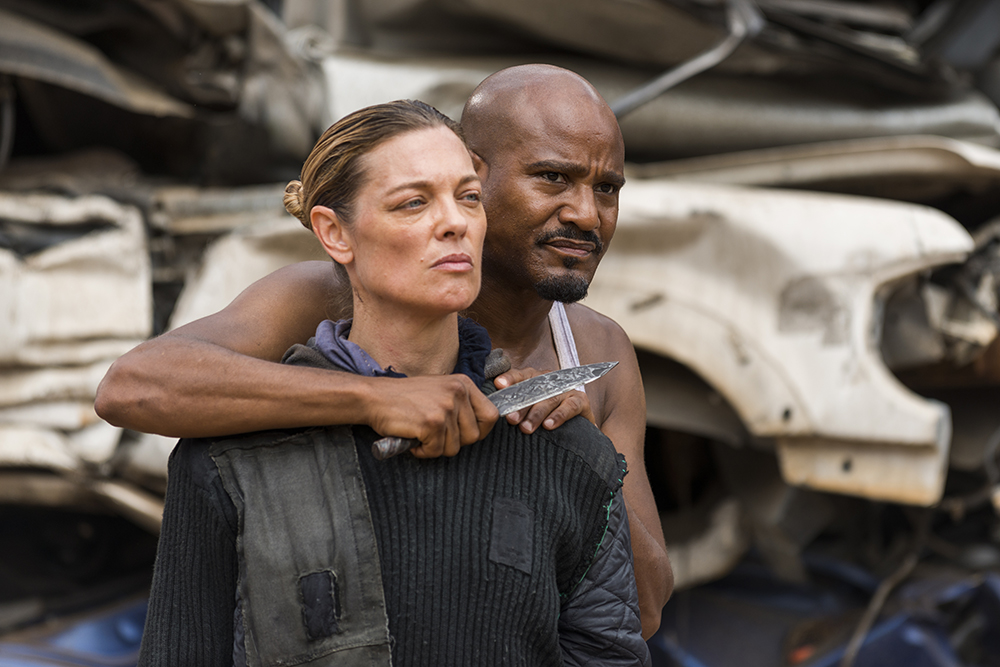 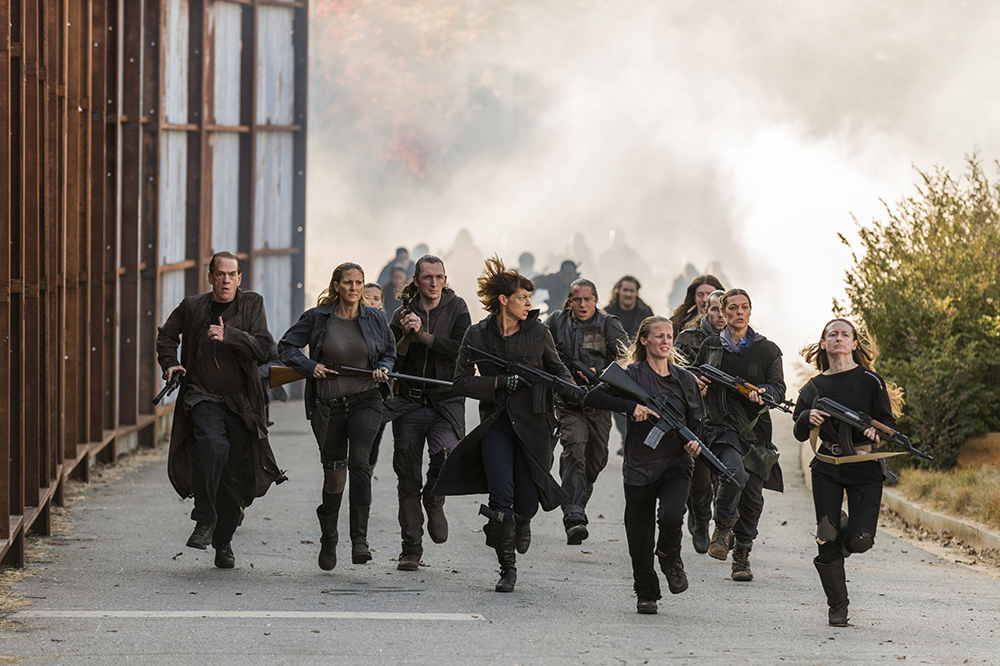 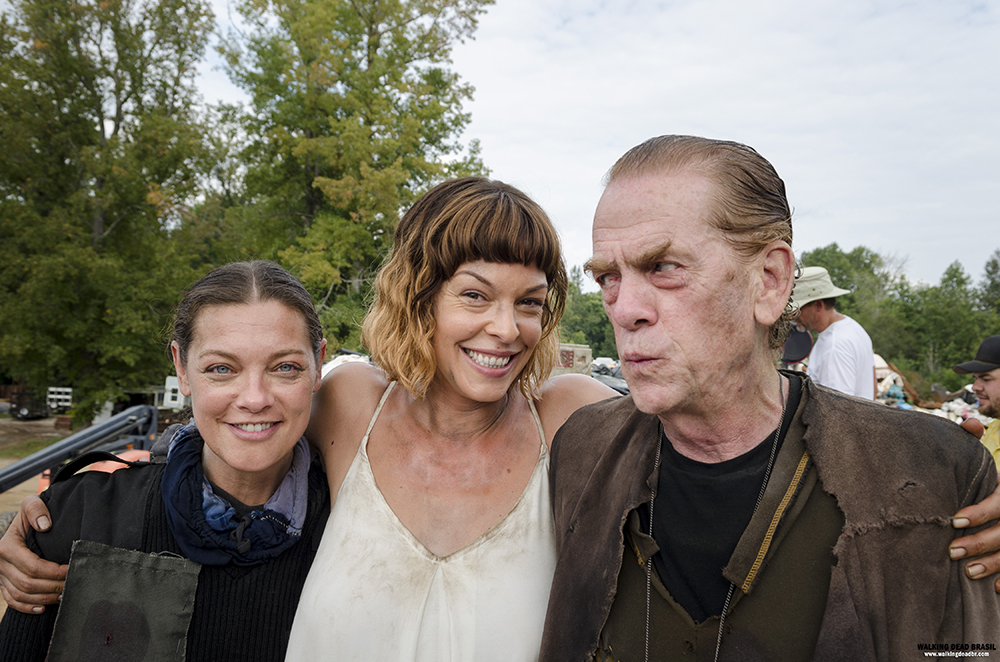 The Walking Dead S10E16: As teorias mais loucas sobre a identidade do mascarado