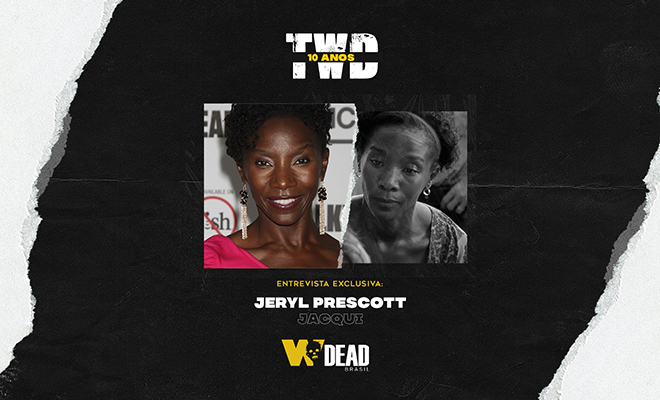 Our guest today is Jeryl Prescott, who played Jacqui during season 1. The actress told us about how gratifying It was to work in season 1 of The Walking Dead, about how important it is to present meaningful themes on TV, about how she’d like the show to end and much more.

Without further ado, check out our exclusive interview with Jeryl Prescott:

Jeryl Prescott: Thank you so much for reaching out to me. The Walking Dead has been a phenomenal ride for me, and I am grateful for the loyal fans all over the world. It all started with a video-taped audition I sent to the casting office. Frank Darabont hand-picked me after reviewing the submissions, and my agent called thinking that I had been cast for one episode. Only after filming two episodes did I learn that Jacqui would be included for the entire season and featured in the spectacular explosion at the end of season one. 🙂 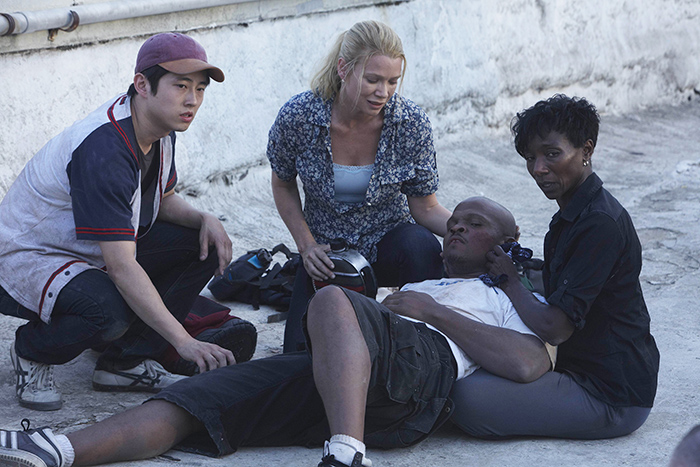 Jacqui had one of the most memorable deaths on the show – in the explosion of a scientific study complex. How do you see the character’s decision? Did you get on the show knowing your character would die in the first season or were you catch by surprise? Why do you think she chose not to go on with the other survivors?

Jeryl Prescott: It was bittersweet. I had no expectations at the beginning of the season and was tremendously grateful to work the entire season. I fell in love with the cast, the crew, and the story. Also I felt so honored that Darabont created the character (Jacqui doesn’t appear in the comicbook), and made the decision to keep Jacqui around as long as he did. I think it’s incredibly realistic that someone would choose to end her journey rather than continue in fear. It was a surprise, revealed only when I received the script.

Do you think that, if she didn’t make that decision, she would have important stories to be part of during the show?

Jeryl Prescott: There was still so much to be curious about regarding Jacqui. Who were the people who loved and missed her? Could she have fallen in love with another survivor?

Is there any moment of your time on the show you remember fondly? Can you share some nice moment on the set to share with us? How was it to be on the set?

Jeryl Prescott: Our time on set was HOT — a sweltering heatwave in Atlanta, Georgia! We worked long days 12, 14, 16 hours. But we all loved every minute. The zombies ALWAYS stayed in character, giving us threatening looks between scenes and even during lunch! Another sign of Darabont’s brilliance, Jacqui helps clear dead bodies after the camp is attacked — a woman dragging dead bodies is a unique sight for American television. And another vivid memory is the clothes washing scene with the women, Carol, Andrea, and her sister. There were leeches in that water! A cameraman discovered them on his legs before they got us women, thank God. 🙂 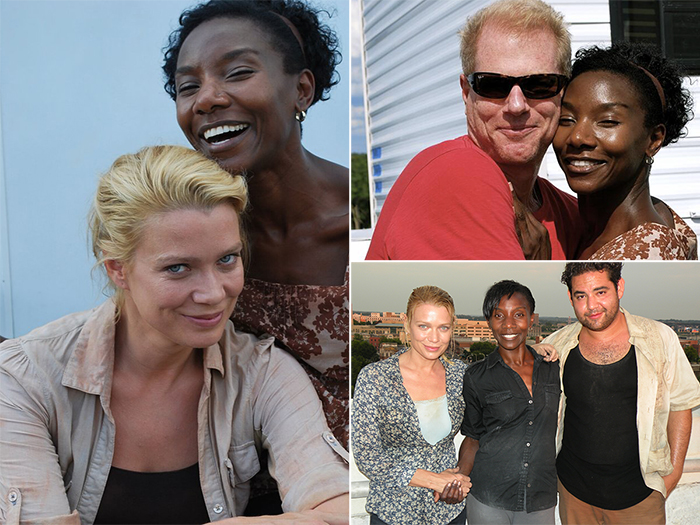 When Ed tried to take Carol away from the women, Jaqui was ready to defend her, even if it meant kick Ed’s ass. How hard was it to see, even if fictional, and abusive relationship?

Jeryl Prescott: Even in an apocalypse, abuse and gender dynamics are part of the day to day reality. I think the show, AMC, Darabont were and have been brave about theiry portrayals of women. We didn’t have to “act” in that scene. We were all horrified, and I remain horrified, by the abuse of a woman. That’s one of the aspects I love about acting — getting to address issues that are so important for the world to face.

Jeryl Prescott: More time with Norman / Daryl would have been wonderful. He’s a sweetheart. 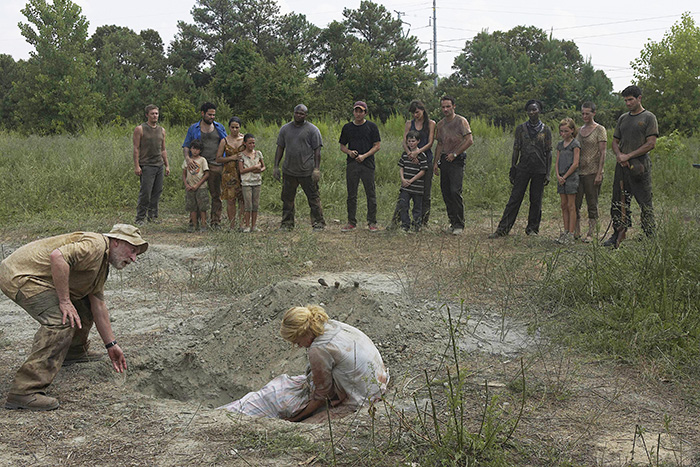 Jeryl Prescott: The END??? Hmmm… there’s something powerful about childbirth. WHAT IF a survivor (who hasn’t been bitten/scratched) unexpectedly gives birth to a zombie baby!!!!! BLACKOUT role credits:))

What do you, as a black woman, can tell us about representativeness on TV nowadays? Do you think it can get better?

Jeryl Prescott: As African Americans, we still have much work to do getting representation behind and in front of the camera. I’m optimistic because the energy is shifting, a lot of people are inspired, and audiences have shown that they are hungry for more diverse images. We love, admire, and appreciate the iconic groundbreakers like Chadwick Boseman, Viola Davis, Kerry Washington, Denzel, Angela Bassett, . . . all of them! And the young directors/producers these days are on fire: Ava DuVernay, Jordan Peele, etc. We can’t be stopped!!! 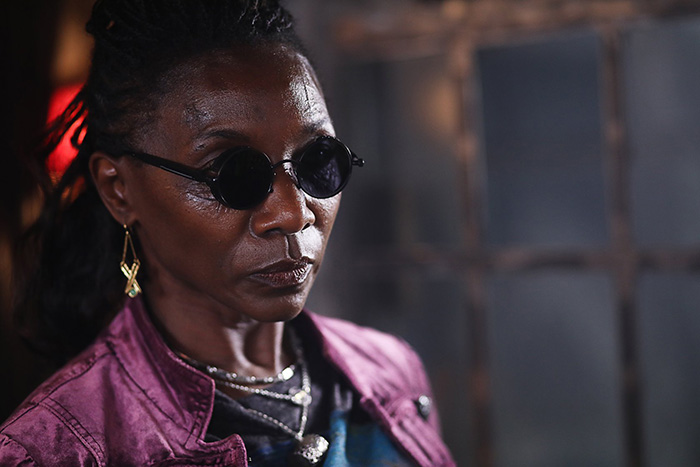 Jeryl Prescott: I am praying for all of us during this scary pandemic. Praying you all stay healthy and safe in Brazil! My kids and husband have been safe and healthy, but we have lost three family members to COVID-19. It is a difficult time, but we remain prayerful.

Business is starting to crank up again! I have a new film premiering September 10th on HBOMAX entitled “Unpregnant,” and Swamp Thing is coming to the CW starting October 6th! I can’t complain. Starting to audition more these days, and my fingers are crossed — lots of juicy projects/roles.

Jeryl Prescott: OH, by the way, I have a beautiful group of young followers from Brazil on instagram @theRealJeryl They even called me one day! Much love to them and you all — Julia Gutierrez, Jacobo Batallon, Boscobatalloon, Pilartbatallon — my Brazillian crew — te quiero mucho!