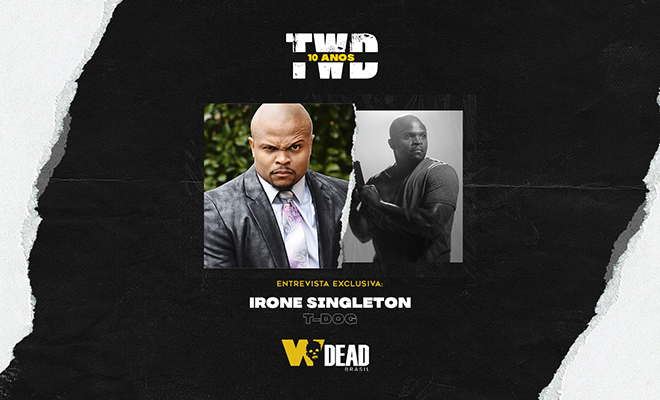 Our guest today is IronE Singleton, who played T-Dog during seasons 1, 2 and 3. The actor told us about the deaths of the characters that T-Dog witnessed, about his last day of shooting, about his favorite ending for The Walking Dead, about Irone School of Arts and much more!

Without further ado, check out our exclusive interview with IronE Singleton:

IronE Singleton: My agent at the time, Emmy award winner Chase Paris, at Houghton Talent had me to come in and read for it. Frank Darabont wanted me to read differently at the callback. The rest is history! 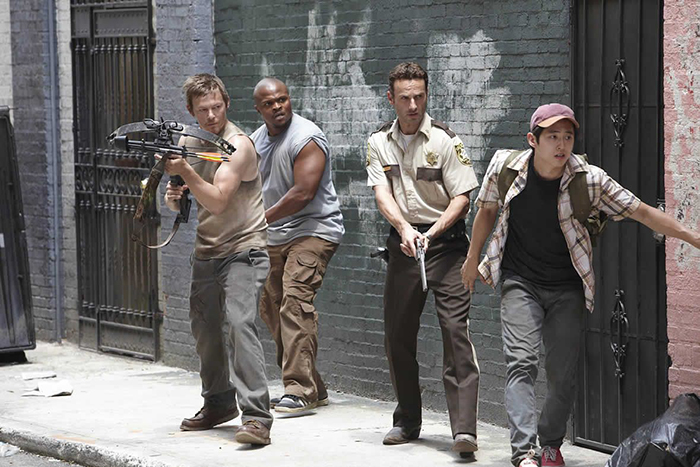 The Walking Dead and our website are turning 10 this year, as we started together in 2010. Did you think the show would be so successful? Being part of it, even if just the first season, gave you new opportunities? How do you see the impact of The Walking Dead in your personal and professional life?

IronE Singleton: CONGRATULATIONS! No clue it would become what it’s become. The success of TWD gave me international status as an actor. I have fans and friends all over the world!

We know almost nothing about T-Dog’s life before the apocalypse. According to Glenn, T-Dog was very religious. When you played him, did you come up with some backstory or it wasn’t as important? Did the writers tell you anything about her to help you?

IronE Singleton: A backstory is a given for a human. Therefore, it is always important and necessary in order for an actor to portray one.

In the second episode of the first season, “Guts”, the characters had to cover up in walker guts. How was it to shoot that scene? Did it make you sick somehow?

IronE Singleton: Hahaaa. No, but it made T-Dog sick.???

T-Dog was able to save Beth’s life when her walker mom attacked her, but unfortunately wasn’t able to save Dale. Of all the deaths your character has seen, which was the hardest to shoot? Is there any behind the cameras story about them you’d like to share?

IronE Singleton: Each was different but had equal value in terms of hardest to shoot, because I love them all and did not want to lose any. Sophia, if I had to choose because she was a kid. I realized with losing my nephew Edward Bozeman under mysterious circumstances that the younger, the harder it is to lose them because of so much life that was taken away along with an abundance of dreams, hopes and potential.

They all had their different personalities which made for a better, more diverse and well rounded experience to help me grow more as a human being. 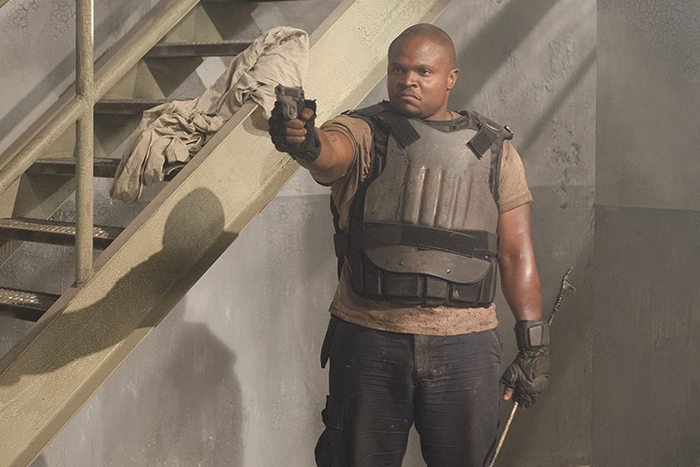 T-Dog was definitely important for the development of the show, he went from supporting character to one of the most important members of the group of survivors. He died a hero, trying to save everyone at the prison – in particular our beloved Carol. How and when did you find out about T-Dog’s death? What did you think about the way he died?

IronE Singleton: 6 weeks in advance. I loved it. A heroic death was a dream come true.

IronE Singleton: Each episode is like my baby but my first– season 1 episode 2 if I had to choose, because we shot less than a mile from where I grew up.

IronE Singleton: My first day was on the rooftop, the temperature was over 100 degrees F and I almost fainted. My last day, the entire cast/crew gathered around me and Sarah Wayne Callies for pictures. Norman Reedus presented me with a shield he had everyone sign, and Greg Nicotero presented me with a dead T-Dog body cast. 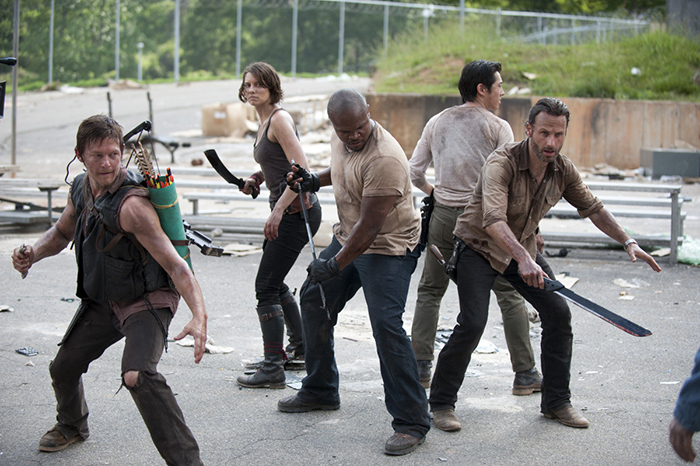 If T-Dog had survived longer on the show, with which characters would you like him to interact with? Is there any actor you’d like to have worked with more closely during your time on the show?

IronE Singleton: All of them. I only had an intimate one on one with Jeff DeMunn (Dale).

During a recent first season marathon on AMC you tweeted that you were being nostalgic, exchanging messages with Melissa McBride. Are there any nice memories from the first season you would like to share? With which other actors do you still keep in touch?

IronE Singleton: It was a beautiful experience getting to know my cast mates, intimately. I was able to learn and grow. I have most of their numbers lock-in if I need them.

IronE Singleton: Daryl & Carol (The originals) should save the day and ride into the sunset together. Otherwise, bring T-Dog back to do it.? 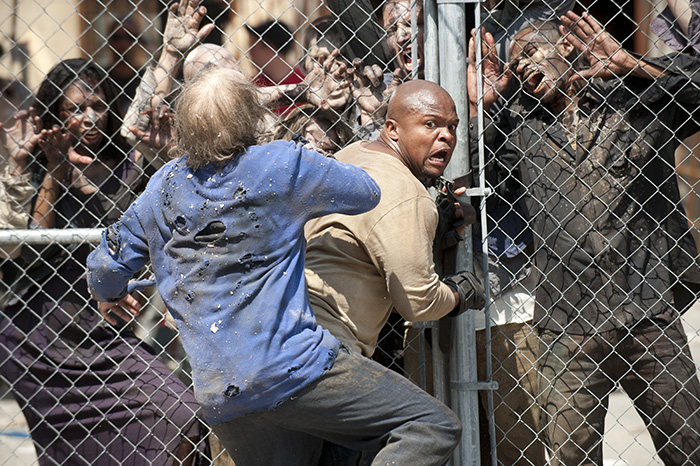 One of the reasons for the tension between T-Dog and Merle was Merle’s racist comments. Now with the Black Lives Matter movement most people are paying overdue attention to the subject and trying to educate themselves about it. Would you like to comment on it?

IronE Singleton: Practice truth&love over passion&greed. I applaud TWD for addressing such a tough, controversial and hard-hitting topic and for embracing Black Lives Matter, because they understand that all lives can’t matter until Black Lives Matter.

Please, tell us about the IronE School of The Arts! How and when did you come up with the idea and how is the project going? What tips can you give for someone who dreams to be an actor?

IronE Singleton: Opening IronEsa.com was a natural progression. It only made since to pass on all I’ve learned in my 25+ years as an actor. ISA has been in the making my entire life because what happens is not by coincidence but by design.

IronE Singleton: I was able to wrap the second of two of my projects set to release this year a week before we shut down.

IronE Singleton: I feel the love from Brazil in a major way and am so thankful for it. I love you, Brazil!! Love each other. It’s free. #staysafe