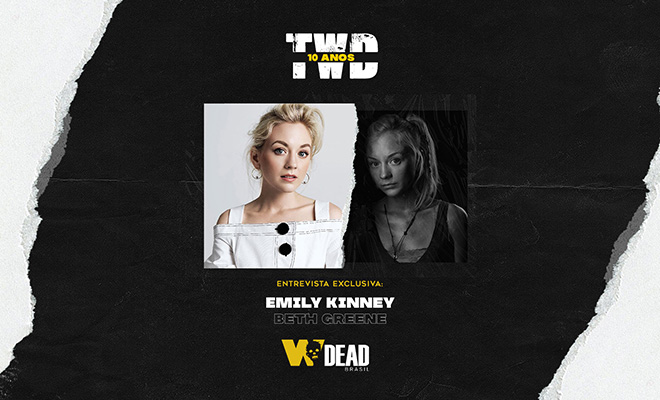 Our guest today is Emily Kinney, who played Beth Greene during seasons 2, 3, 4 e 5. The actress talked to us about how was it to construct Beth’s personality, working with Norman Reedus (Daryl), her career as a singer and a lot more!

Without further ado, check out our exclusive interview with Emily Kinney:

It’s an honor for us to talk to you in such a special moment for The Walking Dead. It’s not just any show that get to its 10th anniversary. Can you start by telling us how was the audition for the show? How did you hear about the part? Did you know the show beforehand?

Emily Kinney: I got the audition through my agent! I auditioned with one Beth scene and one Maggie scene. I didn’t know much about the show before hand, but I had watched a couple episodes and read some of the comics before my callback audition.

Beth was a sweet girl and a beloved character during her time on the show, with her death being a shock for most people. How was it to develop her personality? Where did you get inspiration?

Emily Kinney: I feel like the writers did such a great job shaping Beth and then as the seasons went on shaping Beth to my strengths as an actor. Also the first few episodes of Season two really set up Beth’s life on the farm and her family. Knowing where a person comes from does a lot to help you shape and fill out a character. The clothes and hair were also a big part of figuring out who Beth was. Things like the braids and necklaces Beth wore. Eulyn, the costume designer on the show was instrumental in helping me to tell the audience about Beth even when she didn’t say much. 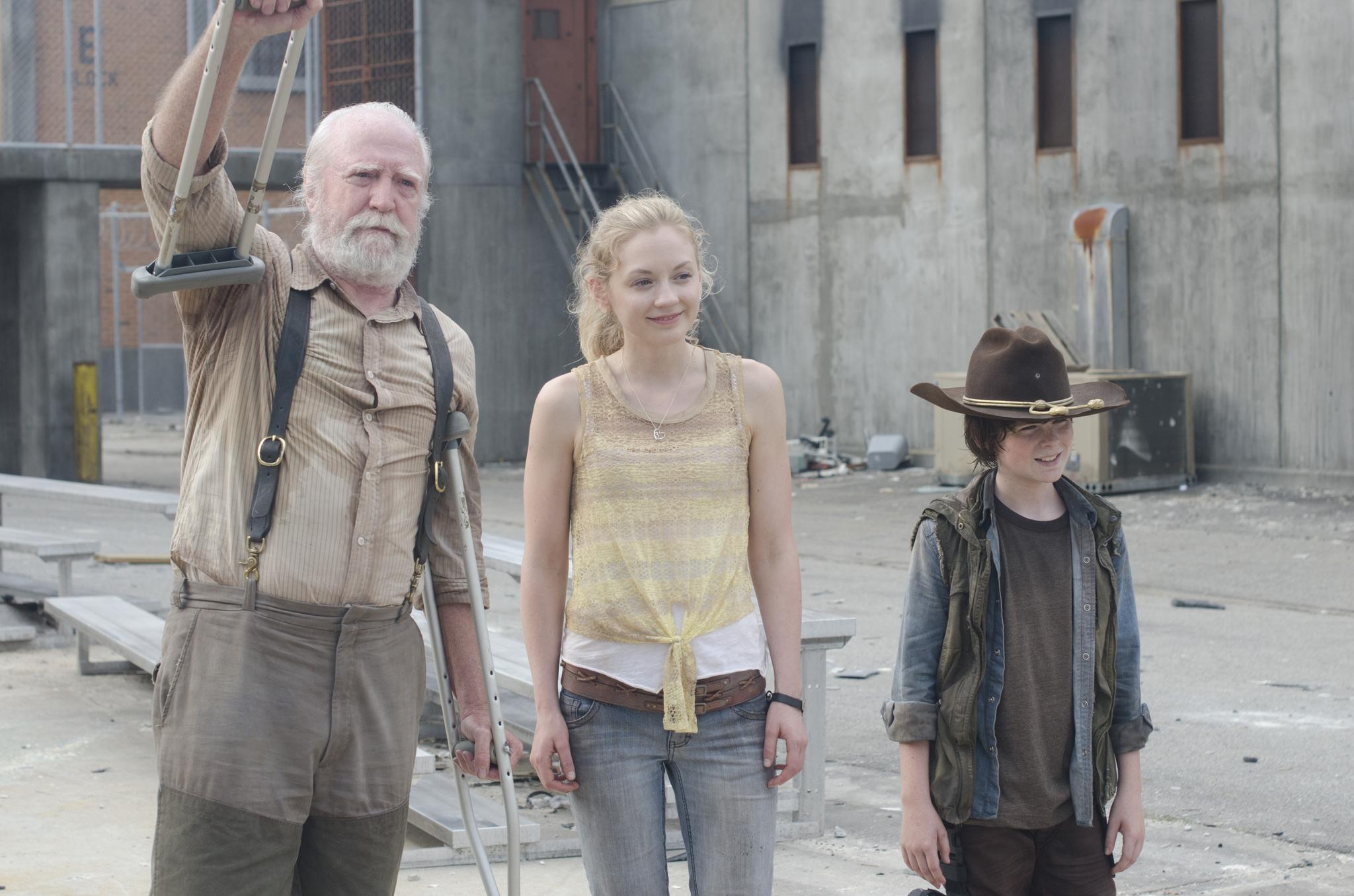 How and when did you find out about Beth’s death? How was it to shoot the death scene?

Emily Kinney: I found out about Beth’s death about a week before shooting the episode. Scott Gimple told me. Shooting the death scene and the whole last two episodes was a rollercoaster of complicated emotions. Now years later, the feelings that come over me are nostalgia and gratitude.

We saw one of the greatest character developments on the show happen with Beth. She was a shy and reserved girl and ended up being of great help to the group with her weapons skills, becoming a fan favourite. How was it for you, to go through such a big change with you character? Did you have any kind of special training?

Emily Kinney: It was a wonderful journey to take. I trained in college in theatre at Wesleyan University and at NYU. I’ve also done a lot of theatre which is great training, but I also feel like I learned a lot from the other actors on Walking Dead….I feel very lucky. They made me a better actor.

Beth was pretty close to Daryl, especially when she was getting close to her final moments in the show. Many people believed there was a romantic involvement between the two of them. What do you think of it? Would this couple have worked out? How was it to work with Norman Reedus?

Emily Kinney: I really enjoyed the Daryl and Beth’s story line. I was wonderful to work with Norman.

Besides all Beth was for The Walking Dead as a survivor, she revealed herself a good singer too. How was it to choose the songs Beth would sing in front of the cameras? Did you get to choose some of them, or did they give you a predefined list?

Emily Kinney: Ultimately the show runner and music supervisor make the final decisions on songs, but yes I often did get to help choose!! The Waxahatchee cover was my idea! And others we would go back and forth about. I loved performing the Jimmy Cliff cover as well! 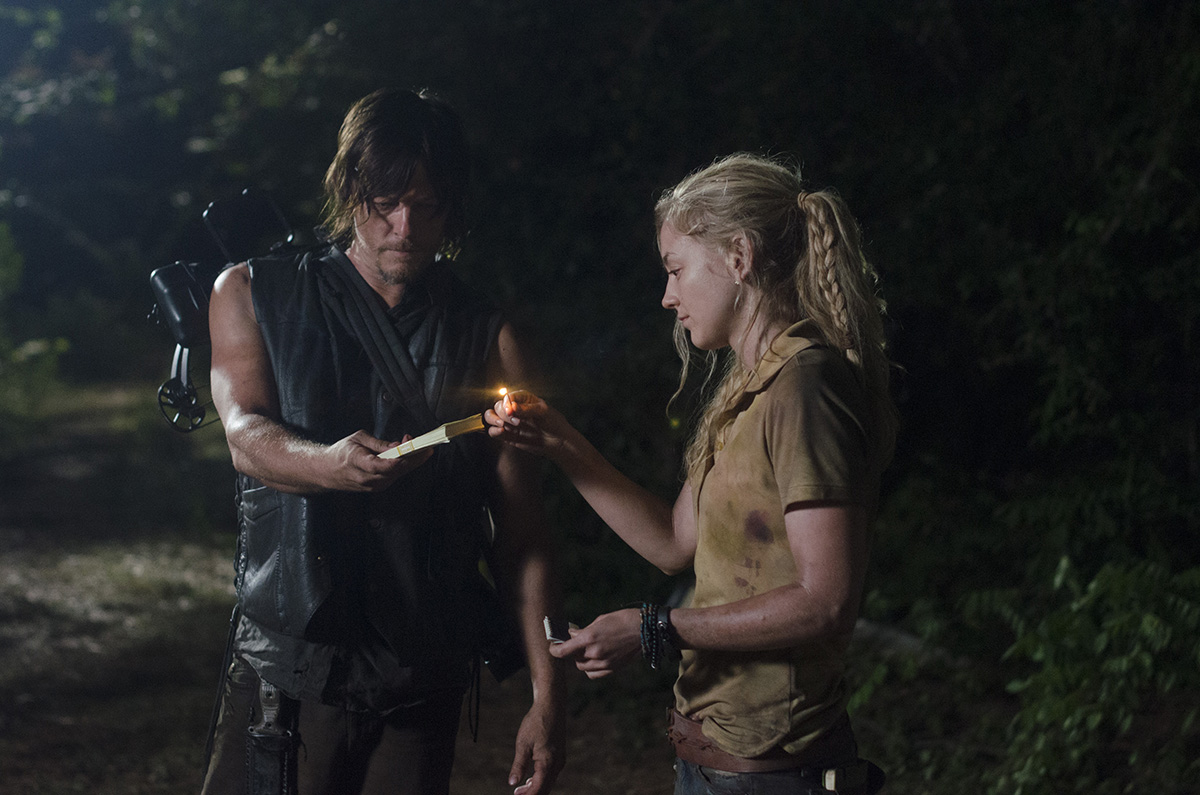 Emily Kinney: It’s very difficult for me to pick. I loved them all, even when I didn’t get to do much.

Emily Kinney: I very clearly remember my first day on set, deciding how my hair would be, and watching Scott Wilson do a scene on the porch.

I don’t know if I remember clearly my last day. Plus the last day was more last days because I came back in hallucinations….The reception was a big dinner. I remember we made S’mores.

If Beth had survived longer on the show, with which characters would you like him to interact with? Is there any actor you’d like to have worked with more closely during your time on the show?

Emily Kinney: I wish I would have gotten more scenes with Lauren. I love acting with her. It also felt very natural that we were sisters in this world.

So, you proved to be very talented both as an actress and a singer. Do you have a preference for singing or acting? What are the challenges or reconciling both careers?

Emily Kinney: I love both and hope to have both as a big part of my life for a long time. I think they are good breaks from each other. The music business is like having your own little company and being an actor is more like being a freelance worker. So running a company versus working for a company, each kind of work has it’s pros and cons. The most difficult thing is scheduling and finding the right people to help who share your vision and believe in you. There is a lot of rejection in both fields so you really have to learn how to deal with that in a healthy way if you want to be in it for a lifetime. 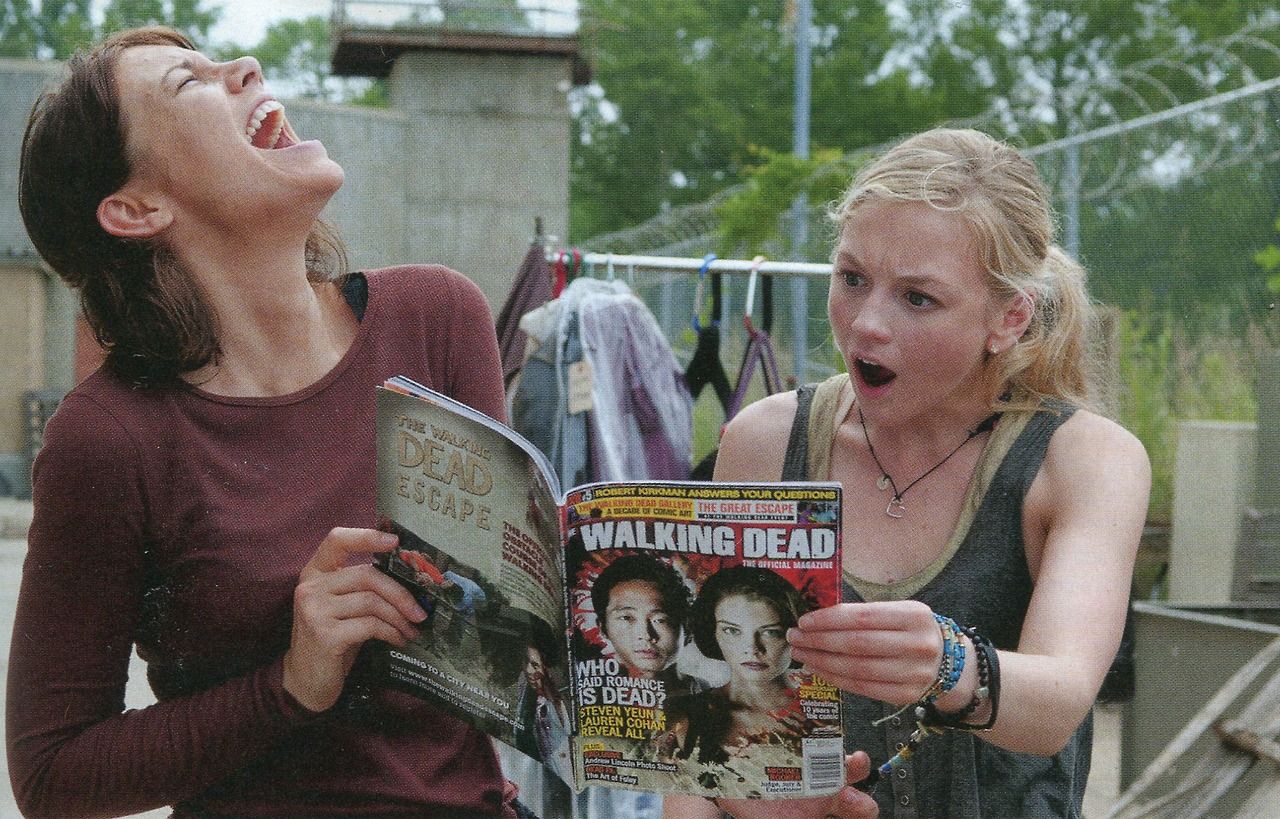 A day before your birthday you premiered your new single “Easy”! What can we expect of your new musical era? About that, do you have a date for the release of your new album? How many tracks can we expect?

Emily Kinney: I don’t have a release date yet, but I’m SO excited for this new era of music. I feel it’s the best I’ve made and can’t wait to share it, but also want to be thoughtful about when and how I share and so that’s why it is taking awhile to release.

Do you like Brazilian music? Do you know any Brazilian singers?

After the barn’s episode, when Beth sees her walker mom, she goes into a catatonic state, getting depressed and attempting suicide. We’re in September, the suicide prevention month, so can you talk a bit about how it felt to play a character suffering from depression? Can you send a message to the fans who are feeling a bit like Beth during the pandemic?

Emily Kinney: Suicide and depression are serious and if you are dealing with depression or suicidal thoughts it is best to tell someone, a friend, or family member. Finding the correct treatment takes some time. For me music, coffee and funny tv shows help. 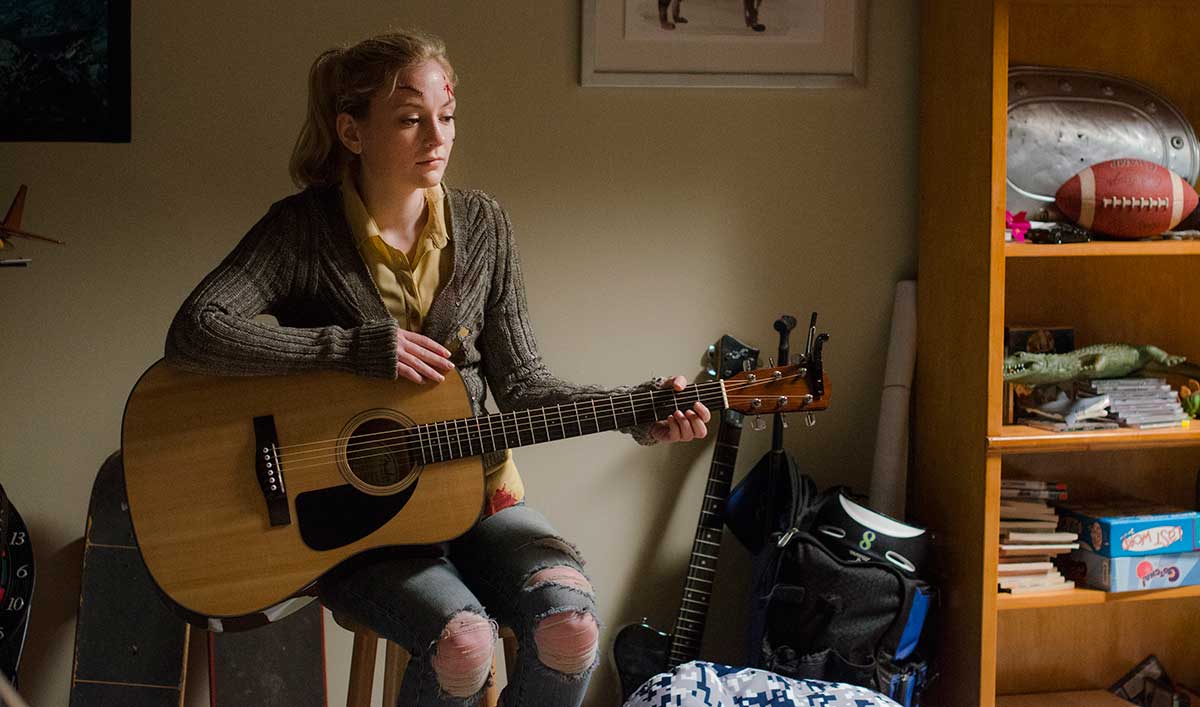 The Walking Dead always had empowered female characters and Beth was one of them. How was it for you to act as such a powerful woman? How important do you think this is for other women?

Emily Kinney: I think there are moments when Beth is strong and when Beth is weak. We all have strengths and weaknesses. My concern is not to play only strong women, my goal is play to multi-demential characters that have many layers of strengths and talents but also difficulties and quirks and habits and trauma as do all human beings.

We got those next question from Daniel Vignoli and Leandro Chaves, the heads of your Brazilian fan club (@emilyrkinneybr): Do you still have something from Beth?

Emily Kinney: I still have her cast from her broken arm. The whole and cast and crew signed it.

Emily Kinney: Yes, some projects of mine were postponed, but it’s okay. I mostly feel lucky to be safe and healthy, but I’m looking forward to being on a set again or playing live shows. I’ve been taking care of myself by connecting to friends, watching tv shows I love, writing in my journal, and making cookies.